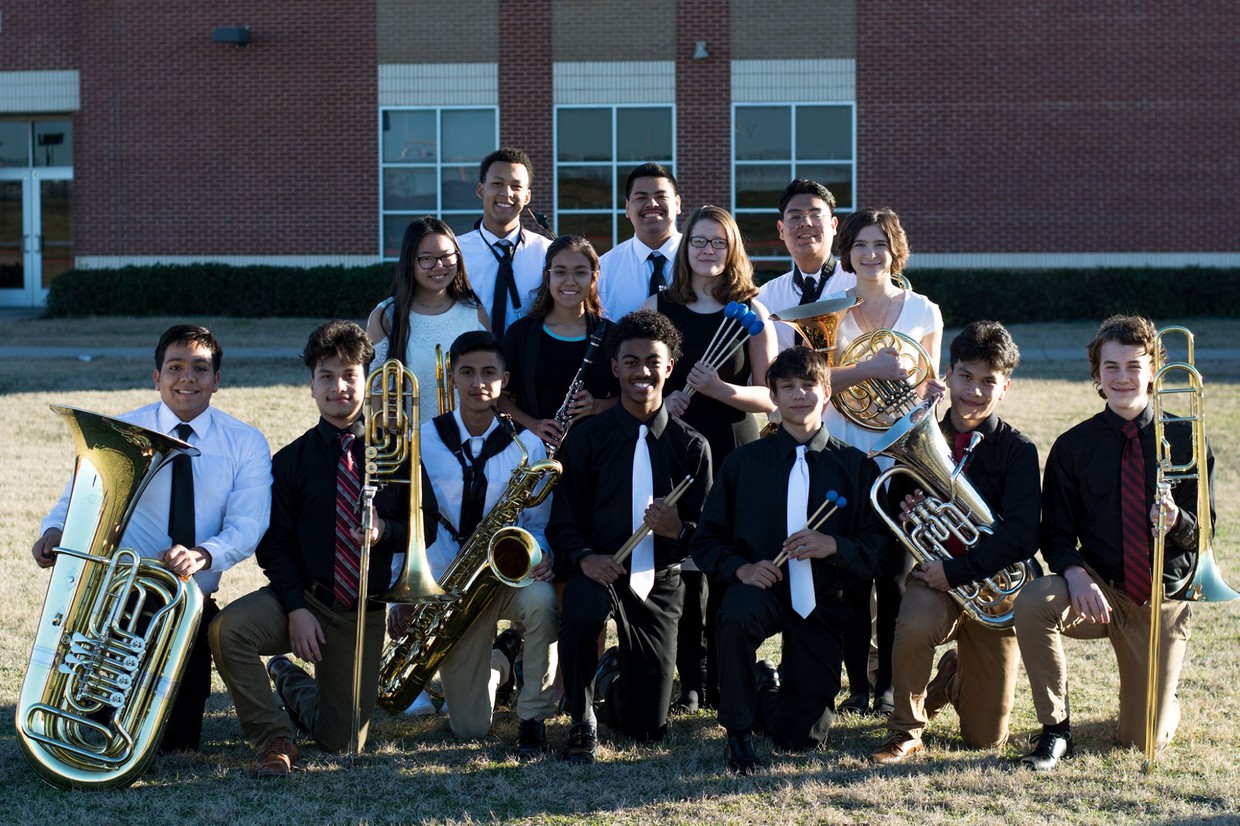 The GHS Redcoat Band was outstanding at the UIL Solo and Ensemble Contest this past Saturday in Sanger. They took an unprecedented 50 entries, and came home with 63 medals!

These students performed a Class 1 solo, which is college level literature, containing 2 and 3 pages of music, by memory, and received a first division.

Earning a first Division on a Class 3 solo, was Joseph Craven.

Earning a Second division on a Class 1 ensemble:

Earning a First division on a Class 3 ensemble:

This totals 10 soloists, and 5 ensembles including 27 Redcoats who have qualified for state on a solo, an ensemble or both. We will have additional students who will qualify for State in the Music Theory event. 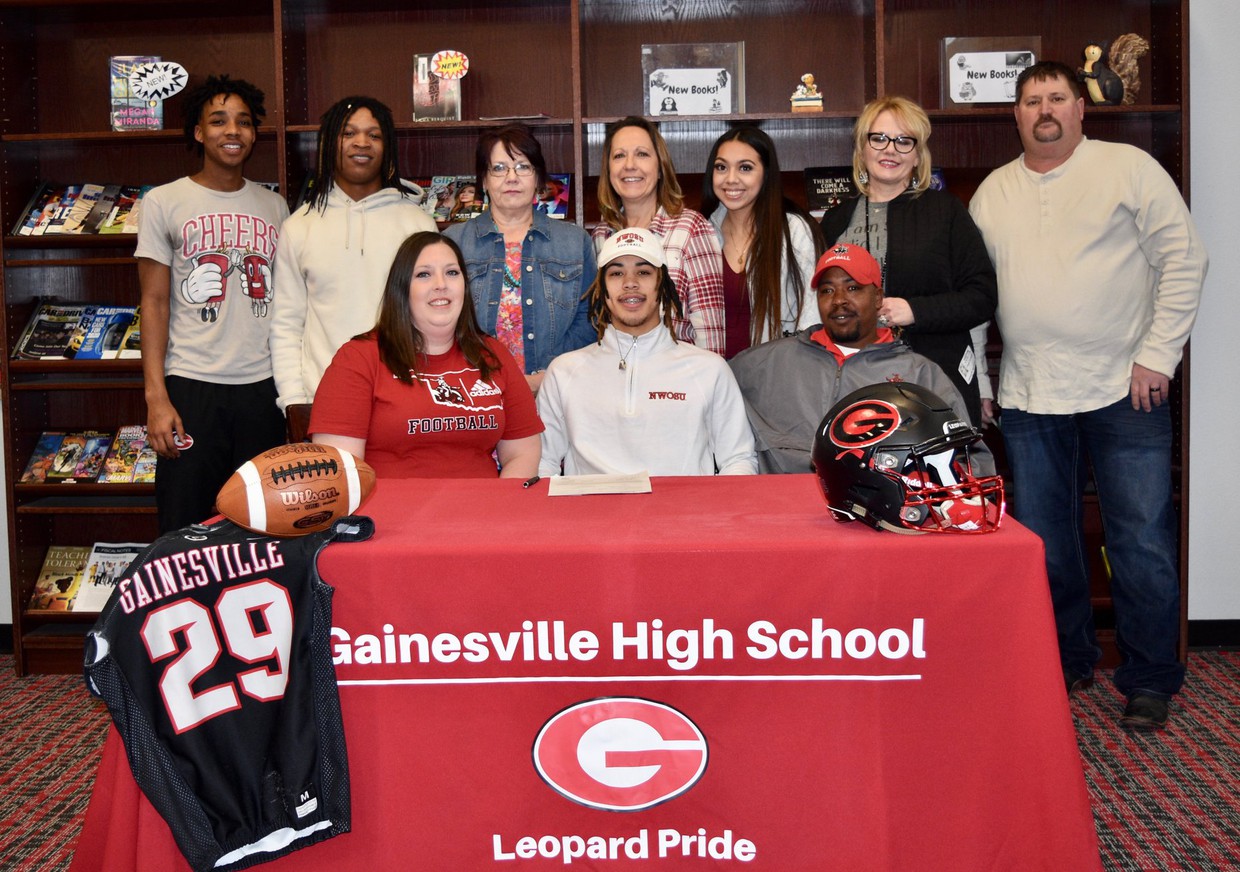 Izaiah Baker signed with Northwestern Oklahoma State in Alva, OK to play football on Thursday. The ceremony was held in the GHS Library. Congratulations to Izaiah and his family! 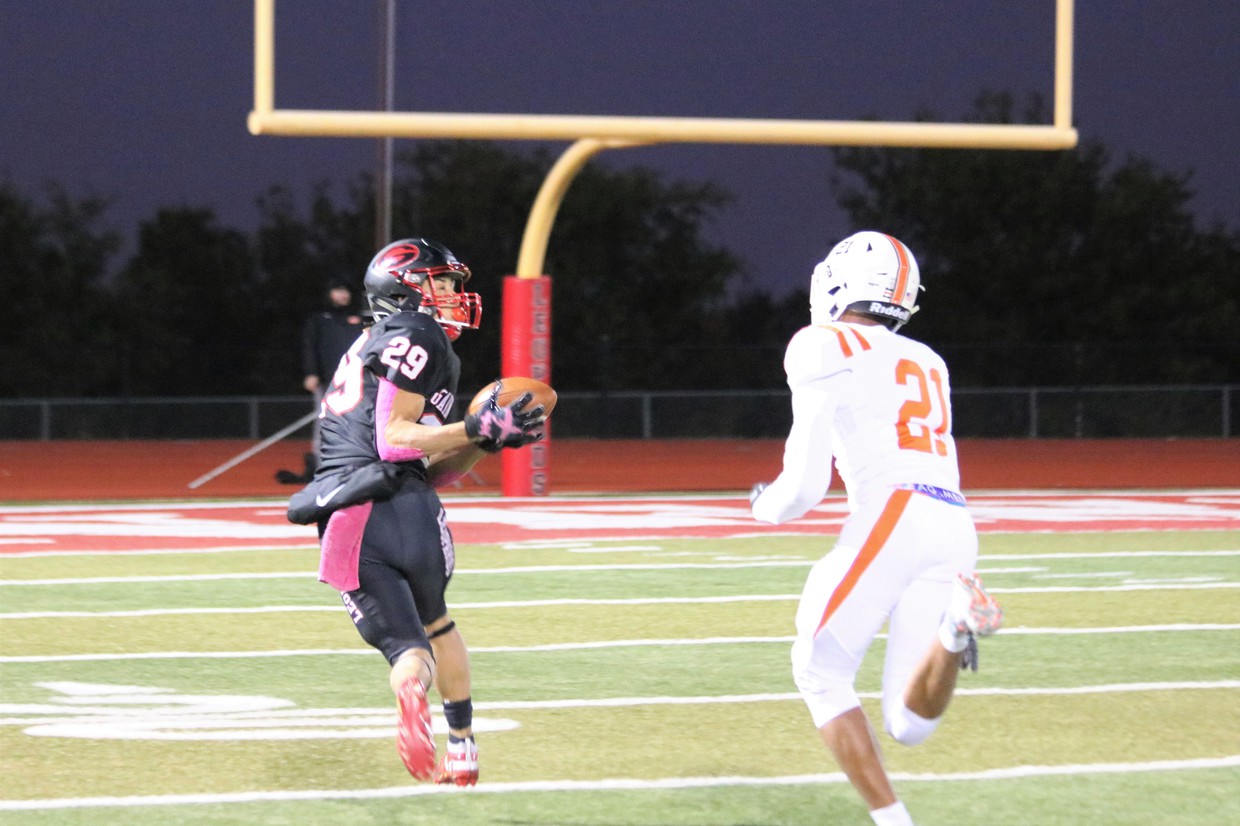 Thanks to Montford Cattle Service, GHS Vet Med students were able to observe and assist in the AI process from beginning to end. In the next couple weeks, we’ll be able to check the girls for a viable pregnancy, and hopefully will be able to make an official announcement soon! 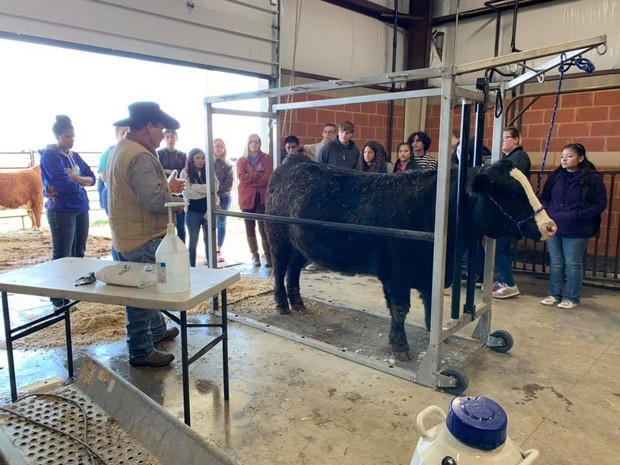 Our Leopard soccer team came up short against Wichita Falls Rider, one of the best teams in the state, on Friday losing 3-1. Jaime Guerrero scored for the Leopards. Thanks to Ms. Boswell for the awesome pics! 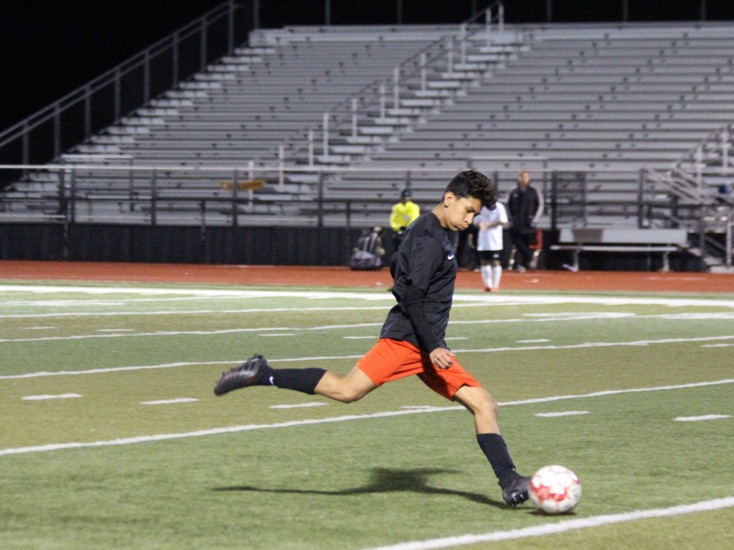 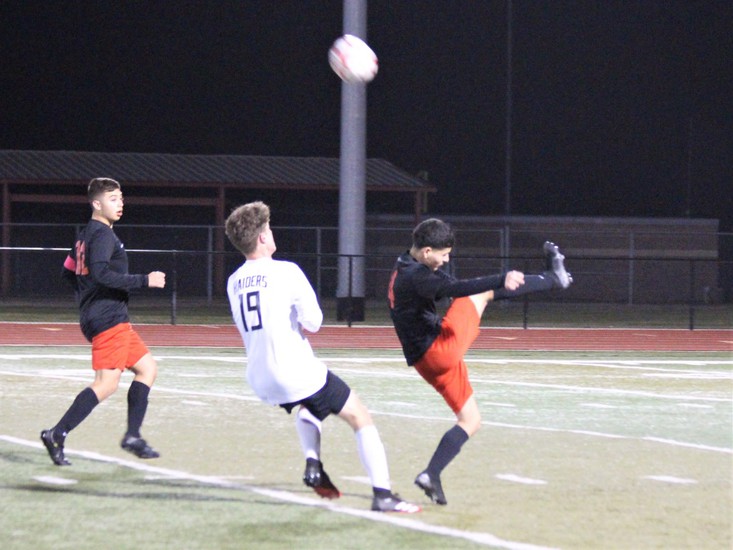 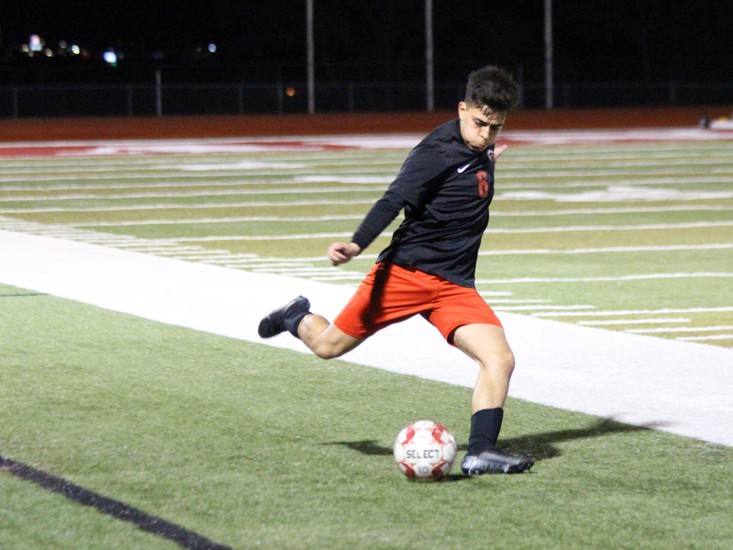 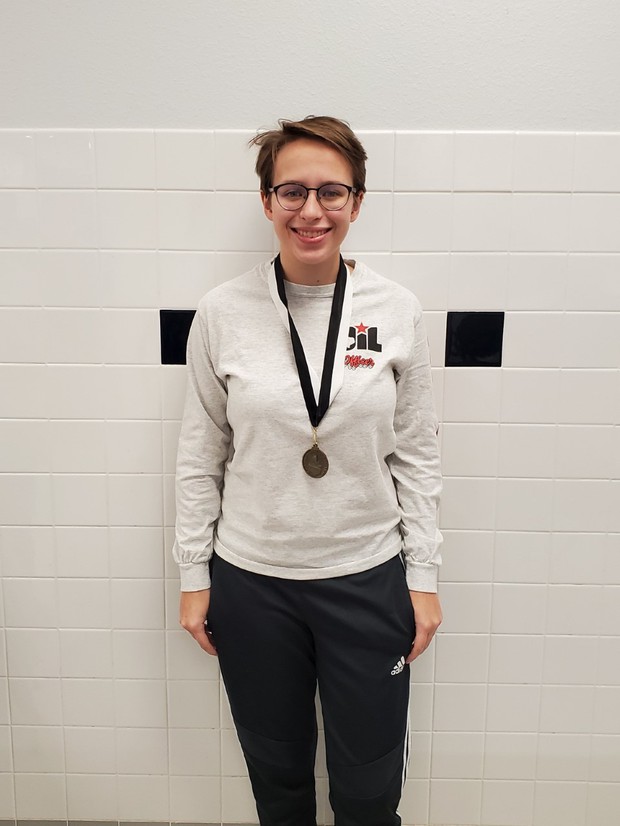 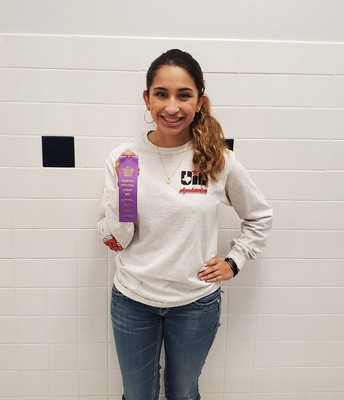 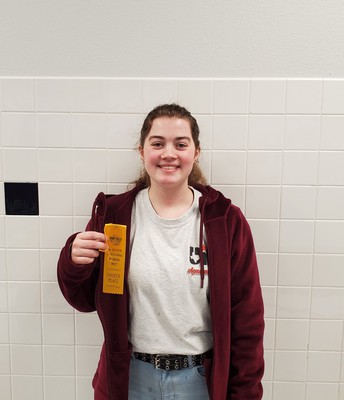 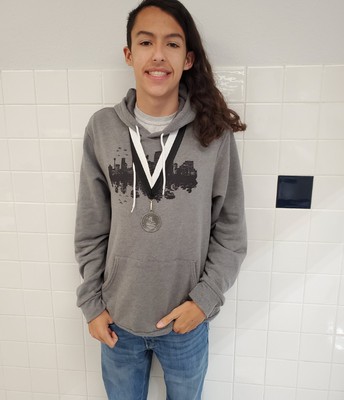 Lady Leopard Powerlifting makes it three in a row!

The Lady Leopards made it 3 wins in a row tonight in Whitesboro. Personal Bests were occuring at a rapid pace tonight for the Leopards. Overall Best Lifter Tramera Bynum pulled a State Best 390 lb deadlift on her way to 1st. Asia Sharpe also finished 1st, Itzel Gomez, Carolanne Condie, Emma Thurman, and Makaela Manuel all broght home Silver. Rosemary Pena, Layla Hubbard, and Sophia Collantes also medaled in 4th place. Overall the our girls are working their tails off and it is paying off in the win column. The Lady Leopards will be back in action next week in at the Coach Simmons Invitational in Howe, TX. 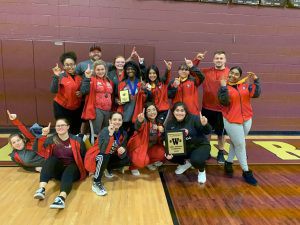 Katelyn Murphy participated in the Fort Worth Rodeo calf scramble last Friday night and caught a calf! The money she won will go towards the purchase a new show heifer for next year! Way to show that cheerleader athleticism! 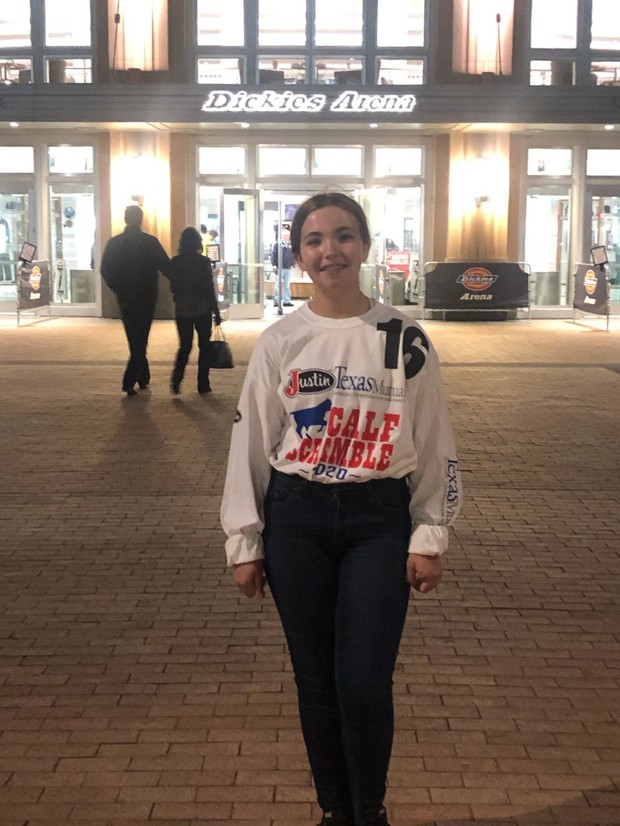 OAP Gearing up for another run

Our One Act Players spent Saturday at their clinic preparing for their performance "By The Bog of Cats". District competition is March 7 @ Celina. 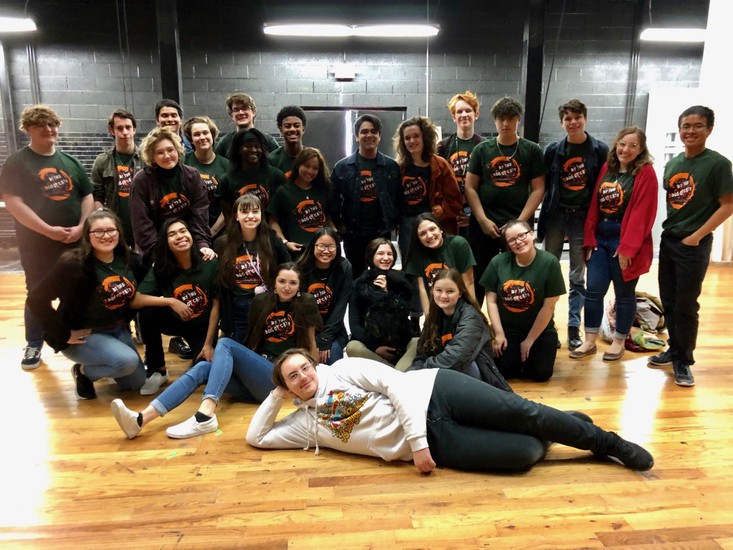 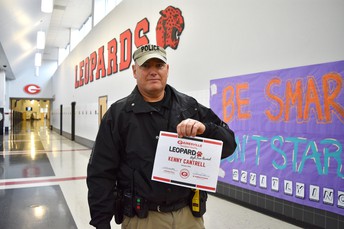 Officer Cantrell gets a High Five! 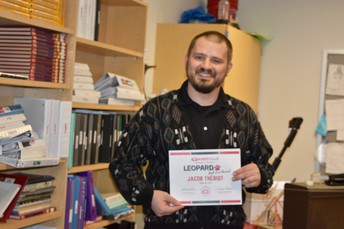 Mr. Theriot gets a High Five! 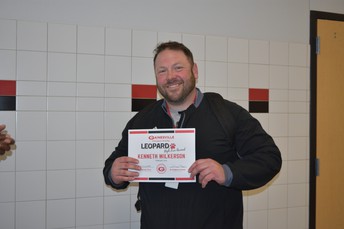 Coach Wilk gets a High Five! 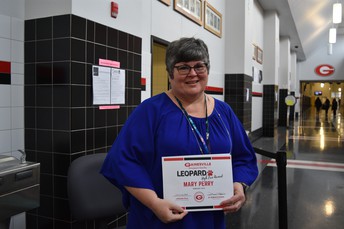 Ms. Perry gets a High Five! 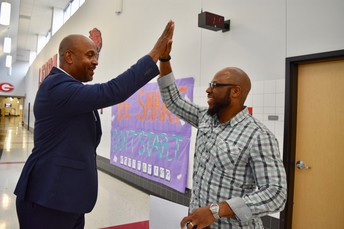 Mr. Pringle gets a High Five! 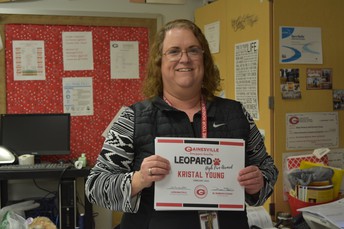 Ms.Young gets a High Five! 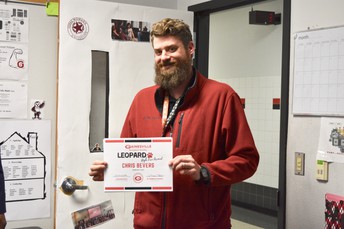 Mr. Bevers gets a High Five! 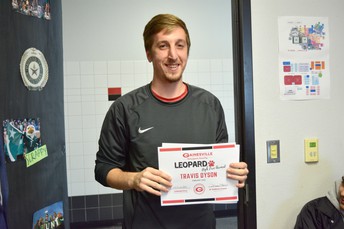 Coach Dyson gets a High Five! 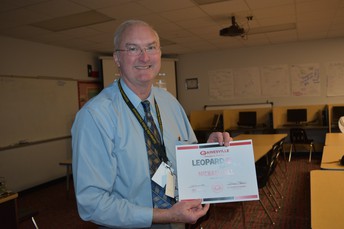 Mr. Hill gets a High Five! 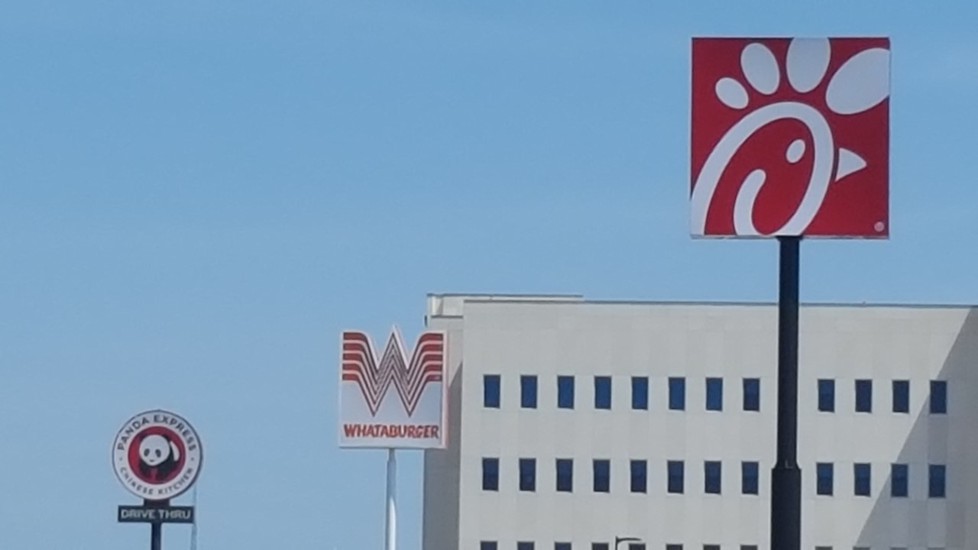 Students may have food brought to them from parents, guardians and family members. They may NOT order it and have it delivered.

We appreciate your support as students get accustomed to the new cell phone policy. It takes an adjustment period but we will continue to keep the instructional focus in our classrooms and hallways.

Just as a reminder:

Cell phone use is prohibited in classrooms, hallways and restrooms. They must be stored or put away during the instructional day.

● On the first offense and second offense, the telecommunications device shall be confiscated and then returned to the parent with a warning for the student/parent. The parent and student will sign the written warning.

● On the third offense (and incremental offenses thereafter), a $15 fine shall be required before the telecommunications device is returned. ○ A parent may elect to forgo the fine in place of an alternative deterrent.

■ If the fine is not paid, the student will be required to report to the front office to turn in their electronic device(s) each day for a period of five consecutive school days. The device(s) will be available for student retrieval at the conclusion of each school day for this situation only. All other confiscations must be retrieved by a parent and/or guardian. 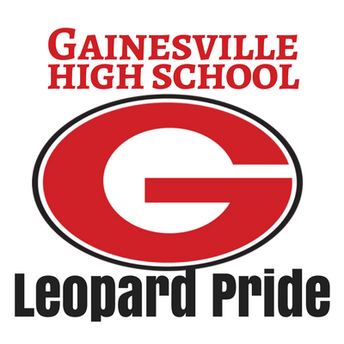