Although individual countries performed in their own culture's rhythm, composers also composed in the forms of other countries. The German composer Handel was master of the opera seria and the English comic opera. Baroque style also changed throughout the era, where early forms like Claudio Monteverdi's monody gave way to the return of polyphony. Shown here is an image of an opera performing a recitative, a new singing style created by Florentine Camerata with distinguished musical overtures ans singing patterns.

Cantatas to Call Upon

The cantata was originally composed for one or more soloists accompanied by instruments. The genre included choral compositions and were divided into 3 types: lyric, dramatic and narrative. Lyric ones focused on music and emotion, while dramatic ones were written for theatrical performances and narrative ones told a tale. As Baroque music was highly religious, the sacred cantata surpassed the traditional secular form. They were common in Lutheran church tradition and multiple ones were included in the dramatic aria and recitatives.

Keyboard Instruments of a Dynamic Era

Baroque Music and You

Composers Familiar to us Hundreds of Years Later

One way wonder what Baroque music has to do with such modern times of great musical variety. Surprisingly, many modern artists that sing pop and rap find inspiration in the ancient notes of the Baroque era. In 1689, the young composer Purcell wrote the opera Dido and Aeneas. He synthesized musical trends much like artists do today. The chid prodigy Mozart composed music before the tender age of 5, Although he struggles financially, today his music is celebrated on all continents and his methods are used for creating what we know today as classical music. Characterized by its vivacious melodies and dramatic sounds, this time period continues to influence us today. 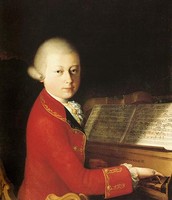 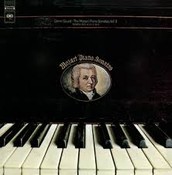 The Legacy of a Musical Genius