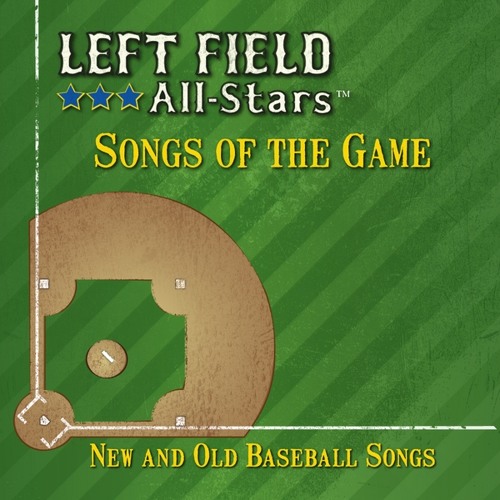 Take Me Out to the Ball Game by SongsoftheGame 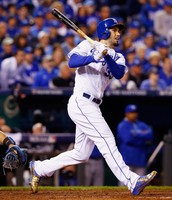 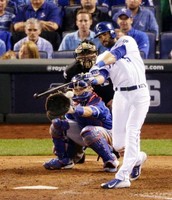 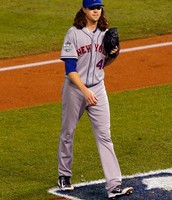 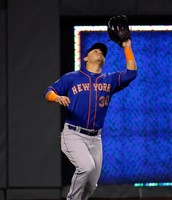 Michael Conforto #30 of the New York Mets makes a catch against the Kansas City Royals during Game One of the 2015 World Series
World Series Facts
1. For the second straight year, the Fall Classic will begin at Kauffman Stadium.
2. The Mets have won five straight playoff games, which is tied for the franchise's longest postseason winning streak.
3. Murphy has homered seven times so far this postseason, putting him one home run shy of tying the MLB record for most in a single postseason
4. The Royals are the eighth team in history to return to the Fall Classic a season after losing it in Game 7.
5.The Mets-Royals matchup represents the seventh time in history that two teams will meet in the Fall Classic riding World Series droughts of at least 29 years.
6. Heading into the Fall Classic, the hottest hitter for each team is a middle infielder.
7. The only player in this year's Fall Classic to have played for both teams is Royals pitcher Chris Young.
8. Game 1 of the world series was the longest game in World Series history, by innings
In a three-way tie, actually: Game 2 of the 1916 World Series between Boston and Brooklyn and Game 3 of the 2005 World Series between the White Sox and Astros also went 14 innings. Tuesday’s game in Kansas City was the longest Game 1 in history, by innings, and the second longest World Series game in hours, behind only the 2005 White Sox-Astros marathon.
9.The Royals last won the World Series on Oct. 27, 1985. The Mets last won the World Series on Oct. 27, 1986. The latter date is also Mets pitcher Jon Niese’s birthday, for what it’s worth. Niese threw two strong innings in relief in the loss.
10.Chris Young, who’s just not at all a strikeout pitcher at this phase of his career, fanned four Mets in his three shutout innings of relief work to tie a mark held by Tug McGraw and Walter Johnson.