Jaxon is using Smore newsletters to spread the word online.

Get email updates from Jaxon: 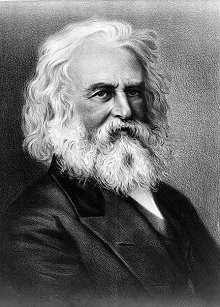 The tide rises, the tide falls,

The twilight darkens, the curlew calls;

Along the sea-sands damp and brown

The traveller hastens toward the town,

Darkness settles on roofs and walls,

But the sea, the sea in the darkness calls;

The little waves, with their soft, white hands,

Efface the footprints in the sands,

The morning breaks; the steeds in their stalls

Stamp and neigh, as the hostler calls;

The day returns, but nevermore

Returns the traveller to the shore,

In "The Tide Rises, The Tide Falls" by Henry Wadsworth Longfellow, the first stanza has several symbols. One of which is "the tide" which symbolizes your life. "The tide rises, the tide falls," your life has great moments you don't want to forget but, it also has moments you wish you could. That line also means that you rise up in your life, but it all comes tumbling down in the end. Longfellow writes "The twilight darkens, the curlew calls," your life is coming to an end, the curlew is calling for you. The Angel of death is coming for you. "Along the sea-sands damp and brown", this line means that the water is succeeding from the shore, your life is succeeding away from you. "The traveller hastens toward the town", the traveller is symbolizing the Angel of Death. He is travelling to where you are to take you back with him. "And the tide rises, the tide falls."

In the second stanza, Longfellow writes "Darkness settles on roofs and walls" which reminds me of the book of Exodus when the Angel of Death comes and takes every first born with him. The clouds are coming over the town and blocking the light from the moon, it is dark and depressing. "The sea in the darkness calls," when I think of darkness in this poem, I think of the underworld calling for your return. Longfellow also writes about the waves in this line, "The little waves, with their soft, white hands." The waves are innocent and pure. "Efface the footprints in the sand," the innocent waves erase the footsteps, the concept that displays that you were a living person. All the choices and decisions you made in your life, washes away so easily by the waves upon the sand. "And the tide rises, the tide falls."

In the third stanza Longfellow composes, "The morning breaks; the steeds in their stalls stamp and neigh, as the hostler calls." I thought this line could have meant the four horses of the Apocalypse found in the book of Revelation. The hostler meaning the God of the Underworld preparing his horses for the nights rise once more. Longfellow drafts, "The day returns, but nevermore returns the traveler to the shore." This means that the Angel of Death is returning home after a long night of trial. Longfellow rewrites for the third time, "and the tide rises, the tide falls." Meaning that even if your life is going-great all of a sudden the happiness and truths of your life can come plummeting down.

In conclusion, this poem is about death and your life succeeding away from you. Even if you live a great life, that doesn't mean that you will live longer than someone who doesn't. Also, this poem is about the "traveller" coming to collect you and bring you back with him to your place of rest.

Poem as Refection of Poet's Life

"The Tide Rises, the Tide Falls" by Henry Wadsworth Longfellow is a sad poem full of sorrow. His life was also filled with much sorrow and little happiness.

Longfellow writes, "The little waves, with their soft, white hands," refers to his first wife, Mary's, baby. Mary tragically passed away following a miscarriage. Longfellow also notes this line, "Darkness settles on roofs and walls." He remarried seven years after his wife's passing and had six children. A house fire killed his new wife in 1861, and in that same year the civil war broke out. His young son, Charley, ran off to fight without his approval. Darkness started to fill his life. Longfellow also writes, "Along the sea-sands damp and brown," which meant that life was succeeding away from you. In 1882 Longfellow had developed severe stomach pains caused by acute peritonitis. His life was slipping away from him. After several days he died.

In conclusion, Longfellow had a very depressing life filled with sorrow. He had some happy moments. Such as, remarrying and having six children. But like all the happiness in his life, it didn't last long. Soon, his life was filled with heartache again.

"The sea in the darkness calls"

The Sea symbolizes the underworld.

"The traveller hastens toward the town"

The traveller symbolizes Death itself.

"Efface the footprints in the sand"

The footsteps in the sand symbolizes the concept that you were a living person. All the choices you made in your life.

"The Sparrow Returns to the Tree"

The sparrow returns to the tree,

Like the sun returns to the ground before dusk,

Every morning I wake,

The bird leaves my sight,

But in the end,

The sparrow returns to the tree.

This bird is waiting for the perfect time to strike,

This bird will transform into the Angel of Death,

And take everything away from me,

Now every morning I wait,

For the time he will execute his plan,

The sparrow returns to the tree.

Jaxon is using Smore newsletters to spread the word online.