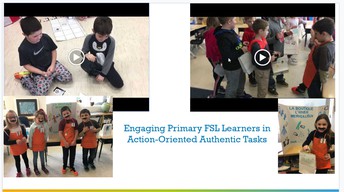 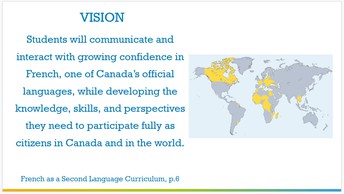 Presentation on French as a Second Language in Limestone

French as a Second Language Consultant Elisabeth Beaulieu and Teachers Bruce Emmerton from Sydenham Public School and Amy Daoust from Southview Public School provided Trustees with an update on our programs in Limestone.

Limestone uses Common European Framework of Reference (CEFR) which defines levels of proficiency which allows learners’ progress to be measured at each stage of learning and on a life-long basis. What does the implementation of CEFR look like in the classroom? Ensuring there is a daily focus on using language to communicate with each other, improving student proficiency, encouraging risk-taking and increasing student engagement. The key, said Mr. Emmerton, is to ensure students are interacting in everyday situations with active listening to report on what they heard. The spontaneous use of French is most important.

All French teachers are engaging learners in "Action-Oriented Authentic Tasks." In primary, robotics are used to introduce new unit vocabulary, soft-landing/intro to directions, reinforce and consolidate learning around numbers. Check out this clip. 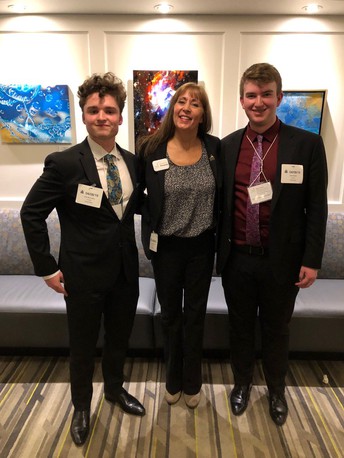 On April 8, OPSBA Executive Council members and senior staff participated in an Advocacy Day at Queen's Park. The day was intended as an opportunity for OPSBA representatives to build on collaborative relationships with provincial stakeholders – both MPPs and political staff. The day featured meetings and conversations with all four political parties. Trustee Laurie French, in her capacity as OPSBA Past President, attended the day.

The OPSBA Eastern Regional Meeting is April 13 in Ottawa.

Trustees voted on the election of Limestone's Ontario Public School Boards' Association representative who will serve from June 2019 to June 2020. Trustee Laurie French is acclaimed. Trustee Karen McGregor was voted in as alternate representative should Trustee French be unavailable. 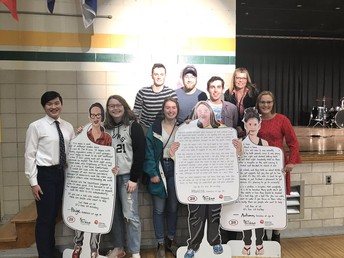 Student Trustees Sean Kim and Shylah Hart shared that the recent annual InterSchool Coffee House featuring student talent from across the district raised $170 for the United Way. Plans continue for its upcoming Lip Sync Battle, which will also see proceeds directed to the United Way.

Applications are now open for Student Trustees for 2019-2020. Senior students in Gr. 10-12 are invited to apply as an urban or rural representative. Student applicants must fill out an application form and prepare a two-minute speech. InterSchool Council will choose their new Student Trustees May 7, 2019. 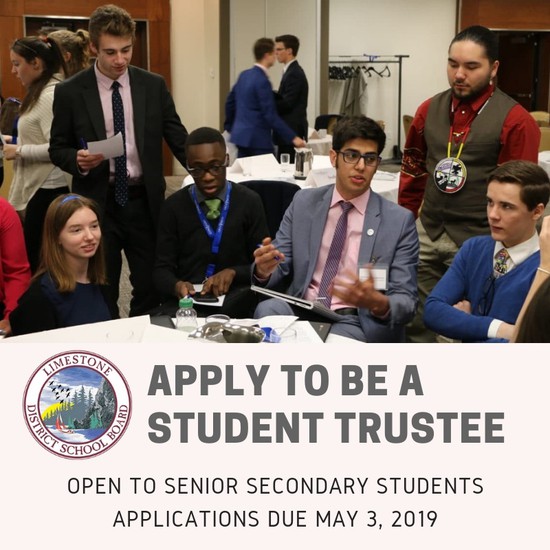 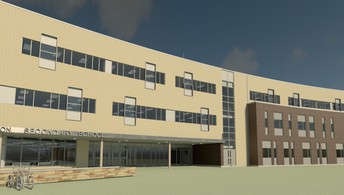 Superintendent of Education Krishna Burra provided an update on the new Kingston Secondary School. As of April 1, construction is 65 per cent complete. Construction is scheduled to be competed in the winter of 2019-2020.

New school info night for families and students was held April 3. Questions related to transportation, parking, and timing of the move. Work has begun on additional FAQs to support the transition. Here is the presentation for families who were unable to attend.

Ministry memo regarding secondary class sizes move from average of 22:1 to 28:1 could result in loss of 77 secondary positions over the next four years.

Average retirement per year is about 20 which would absorb these lost positions over 4 years. This deals theoretically with staff lay off but results in significant program loss.

Additionally, Limestone added about 30 full-time equivalent (FTE) positions Board-wide two years ago with a two-year commitment. That funding ends August 31 and will mean loss of these positions across all areas and includes both teaching and support staff.

There is a slight decline in enrolment (about 100 students overall) which would result in a loss of about six teachers across both panels regardless of changes imposed by government.

Budget planning is very much dependent on enrolment. There will be additional clarity once we have received our Grants for Student Needs, or GSNs, which we expect around the end of April. It is important to note that we also must abide by current Collective Agreements and there may be difficulty in reconciling these with the Ministry direction.