I Reduce Reuse and Recycle

I make sure that I put my recycling in the recycling bin so it can be reused. If I put it in the trash can that is a wast of something that could be reused. i reuse some recycling. I am a good architect and engineer. I love to build and work with complicated stuff like wires and switches. I reuse my recycling for build in mini homes and for making a place to hide the complicated stuff from the wires that run everywhere. As you can see I love taking care of our planet.

The environment was getting worse every day until someone changed all of that. Gaylord Nelson decided something needed to be done to help the environment. He told John Kennedy that this was an issue. Then John Kennedy gave up trying to help the earth. Nelson didn't give up. He spoke to 25 states. Then a tradition called Earth Day came in. It tells you that you should be extra clean to the earth's environment.

Facts about the environment 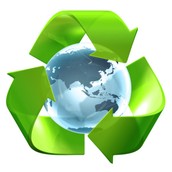 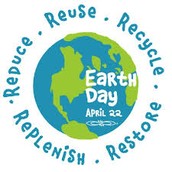