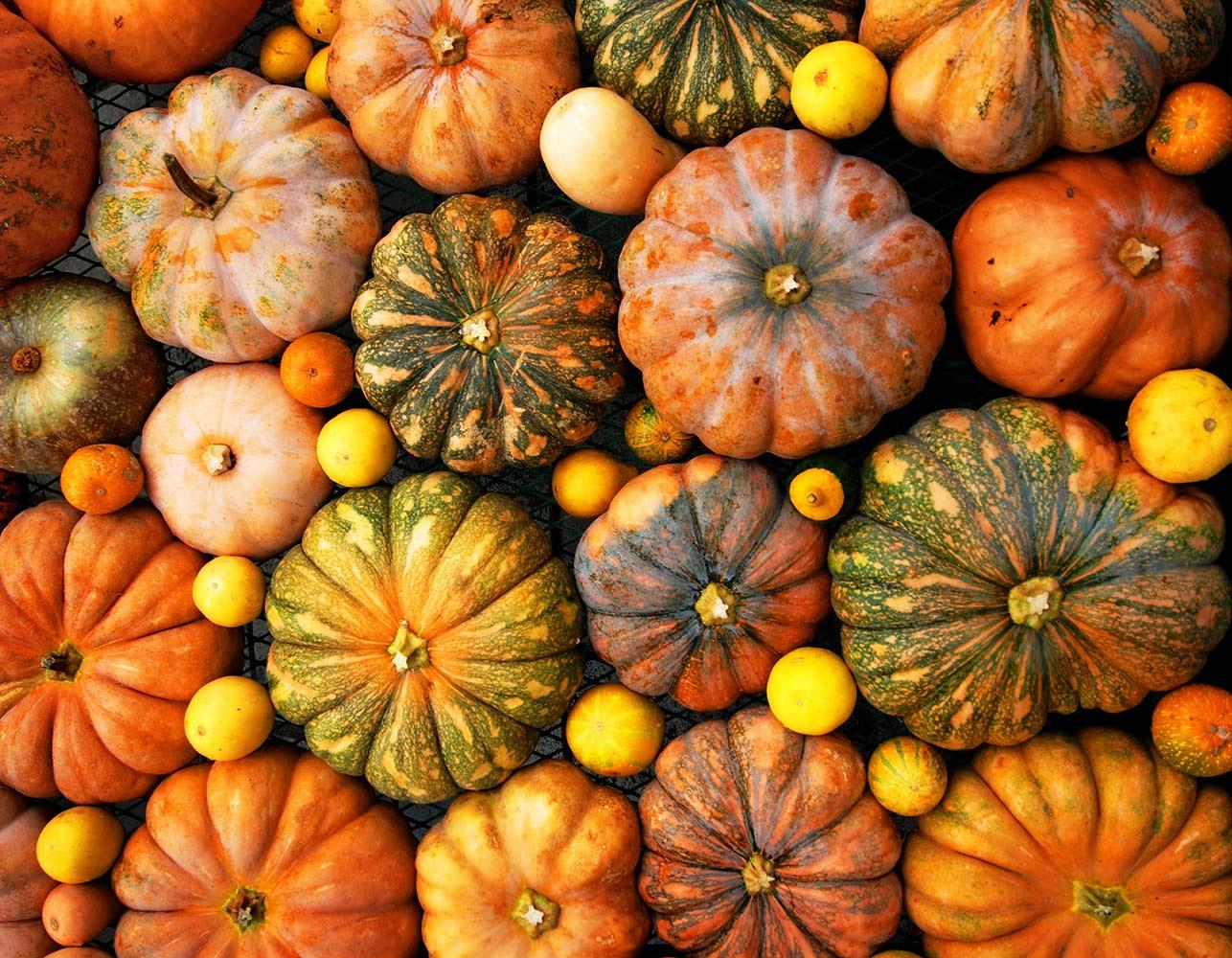 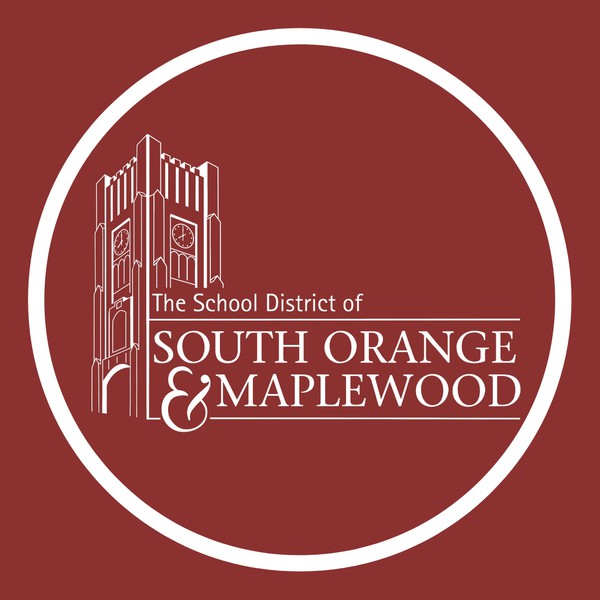 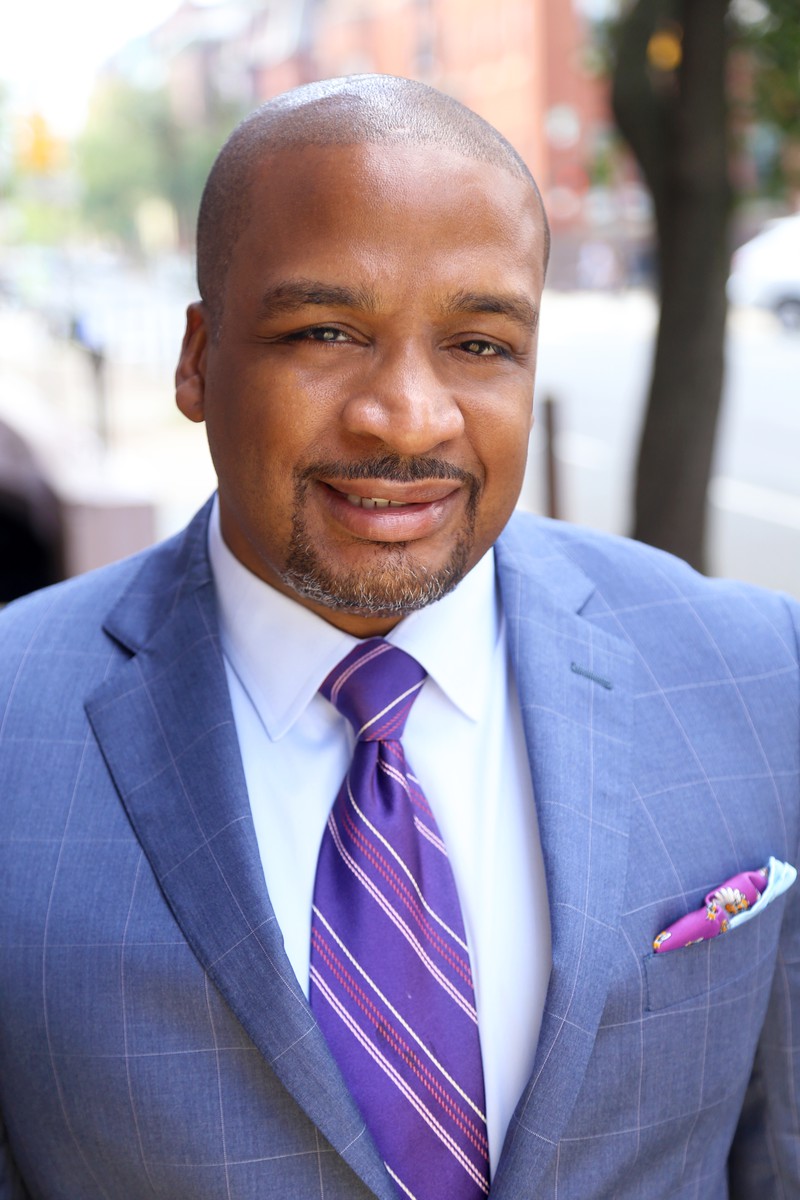 As we enter this season of Thanksgiving, I want to take this opportunity to send our SOMSD community a word of thanks and my warmest wishes for a happy and safe holiday celebration with your loved ones.

On behalf of our Board of Education and District leaders, it’s also my privilege to express our appreciation for the continued, unwavering dedication of our school administrators, teachers, staff and parents/guardians. As we have all experienced in the last 24 months, nothing is promised nor is anything more important than the health and safety of those who we cherish as well as our community as a whole. I am thankful to all who have contributed to our first few months of school and the return to normalcy for our students.

While we continue to push to bring our generational initiatives to fruition, we are thankful that ‘temporary/portable’ classrooms are no longer a reality for our students and staff whose buildings have or are currently undergoing construction as they have moved into our new school building expansions. We are thankful that our Intentional Integration Initiative (III) has now placed close to 1,600 students in our schools via an equitable methodology that has resulted in our schools populations more closely resembling the diversity that our towns so proudly represent.

We are also thankful for our partnership with groups such as Equal Opportunity Schools, that have resulted in a significant growth of the enrollment of Black and Brown students in our most challenging course offerings (Advanced Placement). Lastly, and most importantly, we are thankful for each day that we have the honor of serving our students, families and community.

I wish our staff, students and District families a safe and Happy Thanksgiving.

November is federally recognized as National Native American Heritage Month (NNAHM). During this month, American Indian and Alaska Natives (AI/AN) are honored and celebrated for their rich and varied cultures, traditions, history, and societal contributions. NNAHM gives us an opportunity to educate ourselves, our students, staff and community about Native Americans, increase our knowledge of the unique challenges faced by this population, both historically and in the present, as well as the ways in which people of Native descent have worked to overcome and conquer these challenges.

In 1990, a joint resolution was passed by Congress and signed into law by the late President George H. W. Bush declaring November Native American Indian Heritage Month. Within this joint resolution, Native citizens were recognized as America’s original inhabitants who made essential contributions to both the United States and the world,

According to the US Department of Interior, as of 2021, there are 574 federally recognized Tribes in the United States. However, numerous others are still advocating for recognition. Although many Native Americans still reside on reservations, approximately 71 percent live in metropolitan areas. To date, Tribal citizens constitute about 2.5 percent of the total U.S. population. Despite American Indians/Alaska Natives (AI/ANs) living among the larger society, much of their history has been forgotten (PDF | 48 KB) or overlooked. For this very reason, NNAHM is of the utmost importance. This month can serve as a reminder of America’s indigenous people, or even provide many with a new understanding. 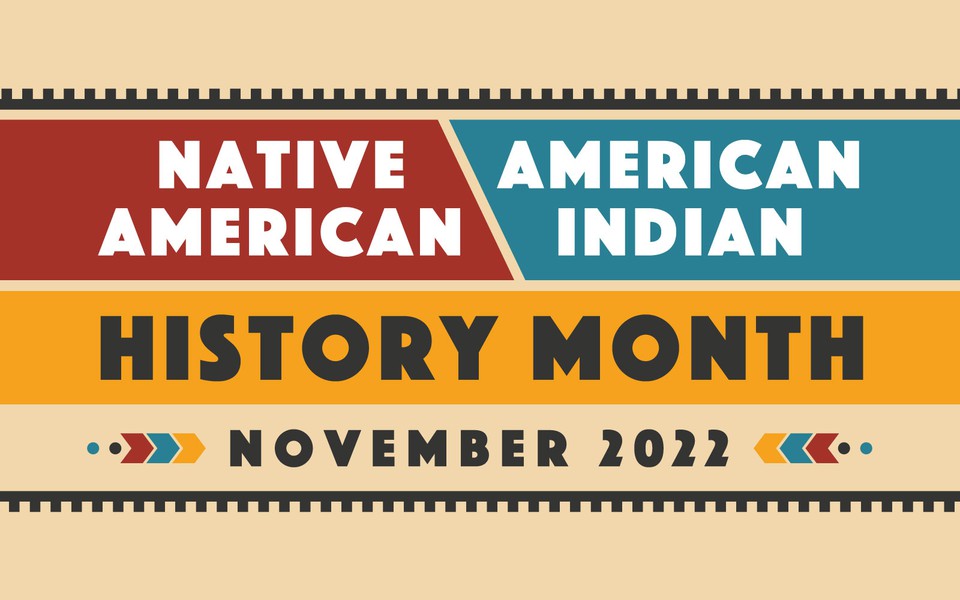 Now in its 25th year, the South Orange & Maplewood School District’s Parenting Center Annual Toy Drive provides gifts for children in our District. Last year our toy drive benefitted over 450 children and 150 families in our two communities. This year, we are once again counting on you to help us bring the spirit of the holidays to those in need in our community. Contributions/donations are being accepted via: 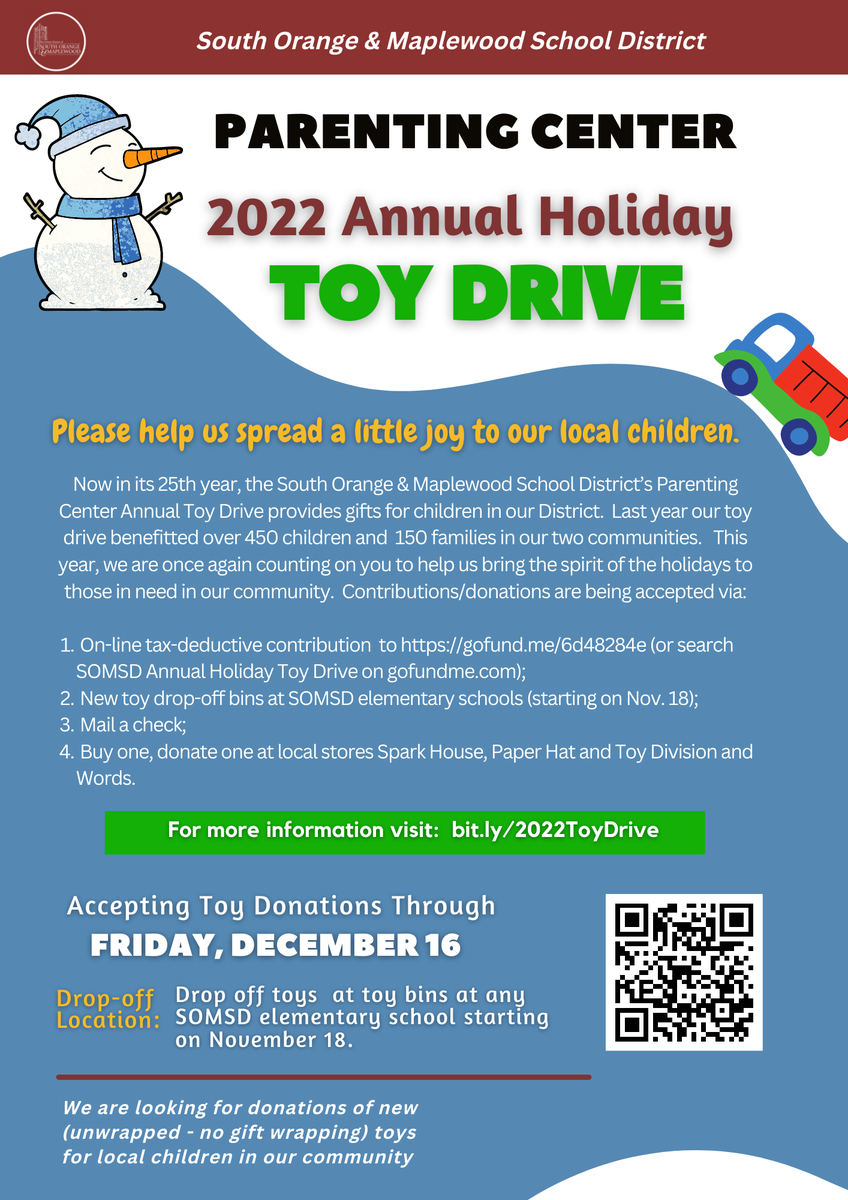 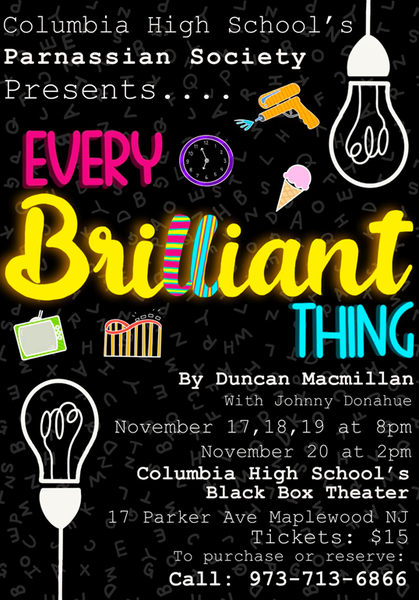 Congratulations to the CHS Parnassian Society 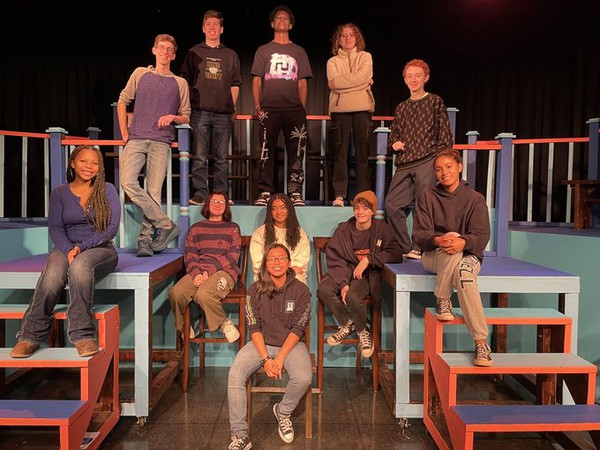 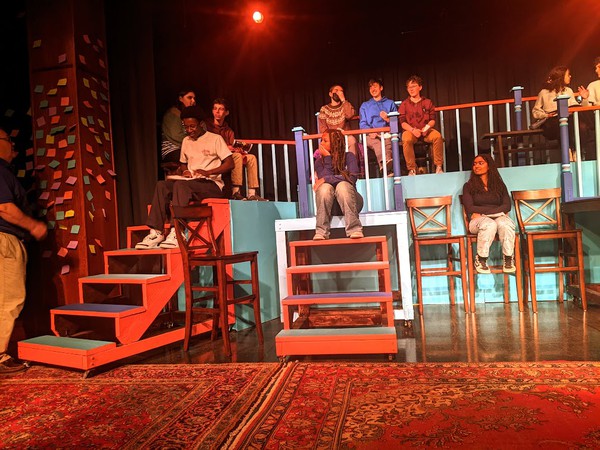 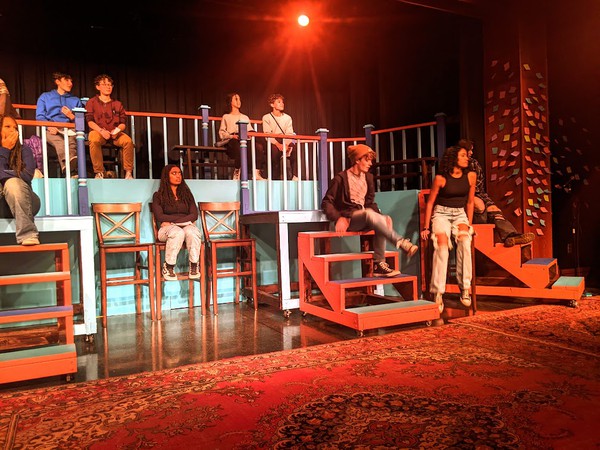 The District Welcomes Incoming 2023 Board of Education Members

Congratulations to candidates Regina Eckert, Bill Gifford and Nubia Wilson who were elected to the SOMSD Board of Education on November 8. Eckert, Gifford and Wilson will be formally sworn-in to the Board of Education during the Board reorganization meeting on Wednesday, January 5, 2023. For more information on the Board meetings visit: https://www.somsd.k12.nj.us/board-of-education/ 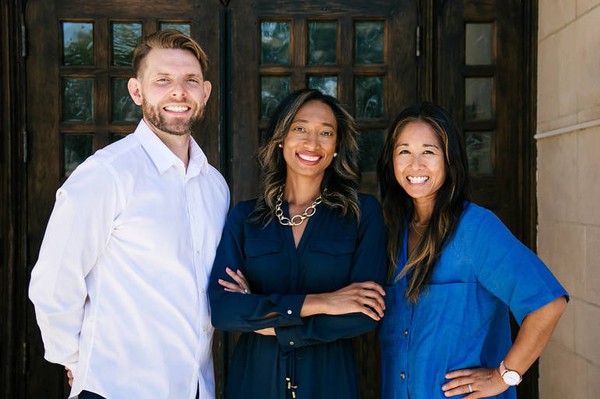 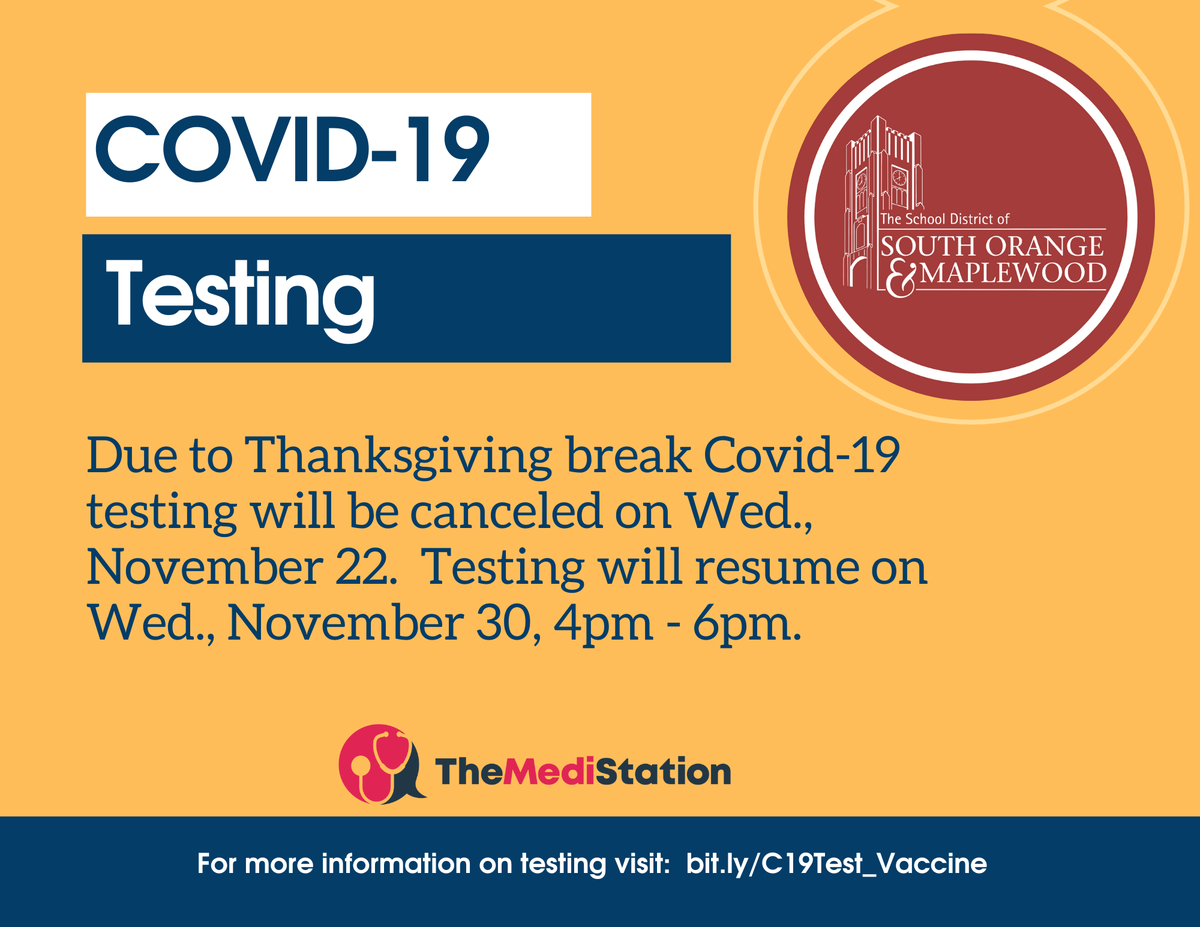 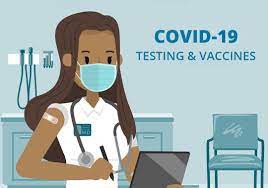 Essex County Executive Joseph N. DiVincenzo, Jr. announced that the Essex County Division of Health is transitioning the COVID-19 Vaccination Mobile Clinic schedule for the winter. There will be no clinics scheduled the week of November 21st because of the Thanksgiving holiday and the new schedule will begin on Monday, November 28th.

The new schedule will begin Monday, November 28th and will be as follows: 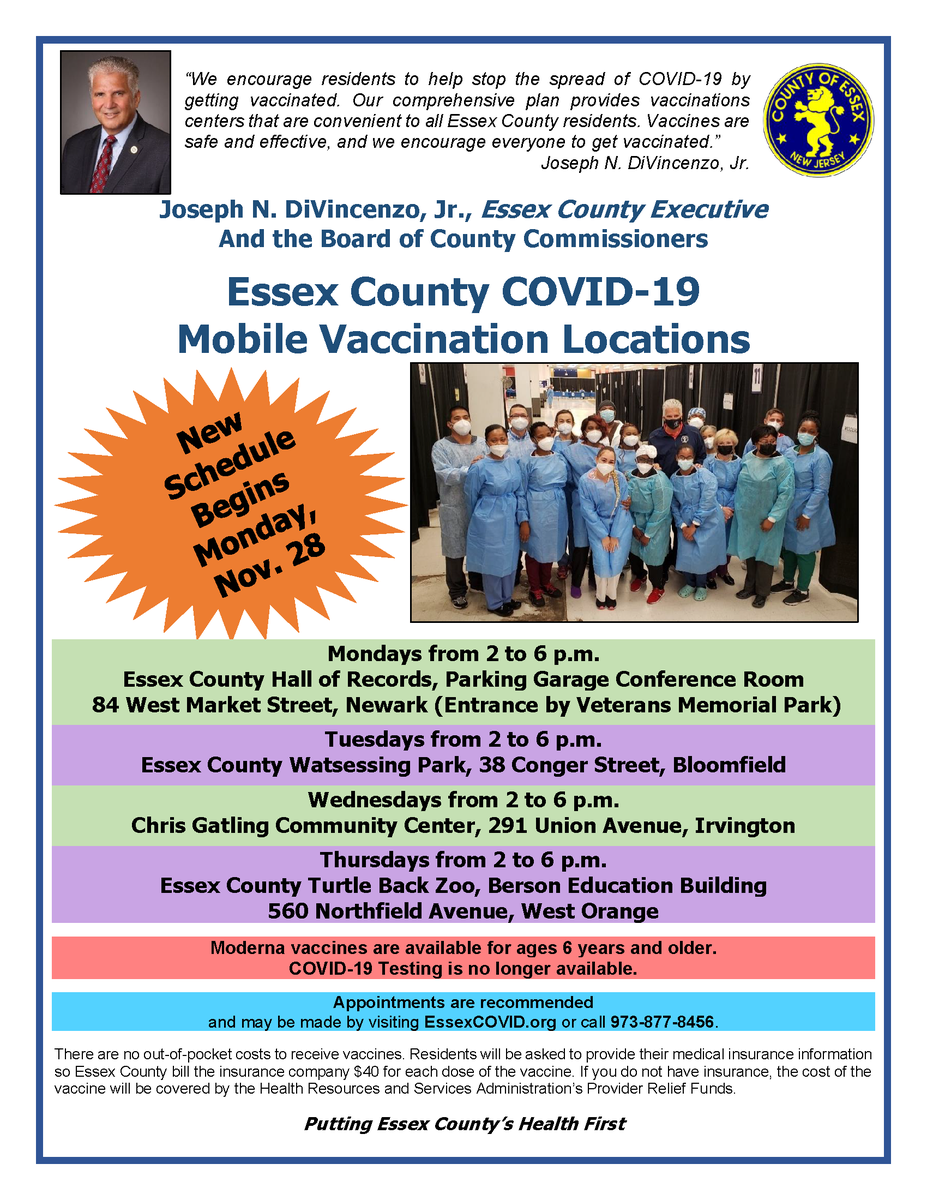 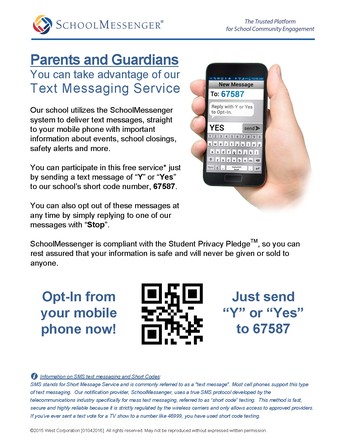 In order to participate in the text messaging service, you must indicate your willingness to receive text messages to your phone, even if you received text messages this year. You must do this whether you have a child in the school system or belong to a community organization that wants to keep up-to-date with our alerts. To learn more about signing up for SMS text messaging visit: website: https://www.somsd.k12.nj.us/headlines/district-news/2019/12/16/sms-text-message-communications-from-the-district/ 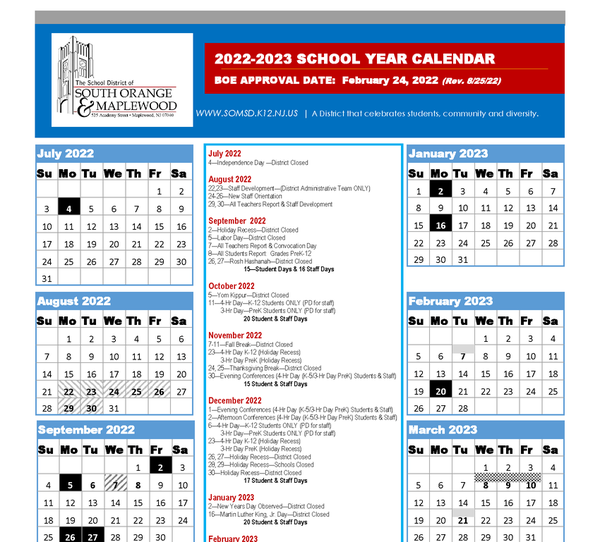 Check out Commmunity Digital Backpack for Local Events
Welcome to the SOMSD's digital backpack—where we post information about educational and enrichment opportunities in and around our community. This publication is being provided only to inform you of other community activities and opportunities.

Additional Information & Resources for the Community 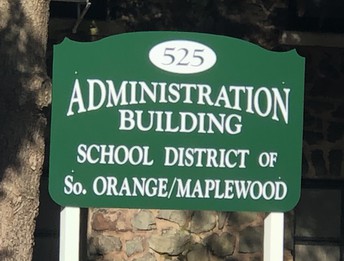 A district that celebrates diversity!