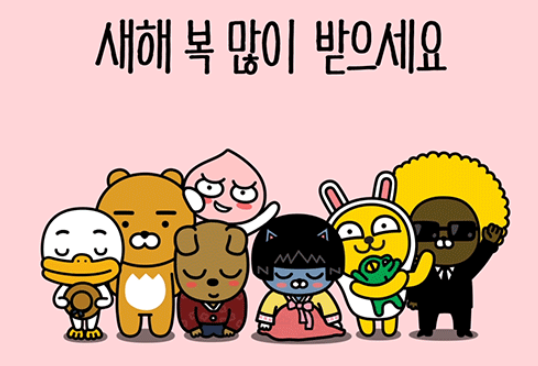 The Lunar New Year holiday has arrived and I hope every CDS student can find some time this week to rest and recharge among family and friends. Our students continue to amaze me with their enthusiasm and sincere desire to grow and improve. Not a day goes by where this isn't evident. It's a great joy to be a part of it, and I'm sure all of our Middle School teachers feel the same.

We had planned to send NWEA MAP test results home last week, but not everyone had finished testing, and we needed to wait in order to print complete reports. Thank you for you patience and understanding. Please expect the MAP Progress Reports early in the week once we return from the holiday.

Where can I find documents?

Please submit it to MS Office

[This week, around CDS MS] 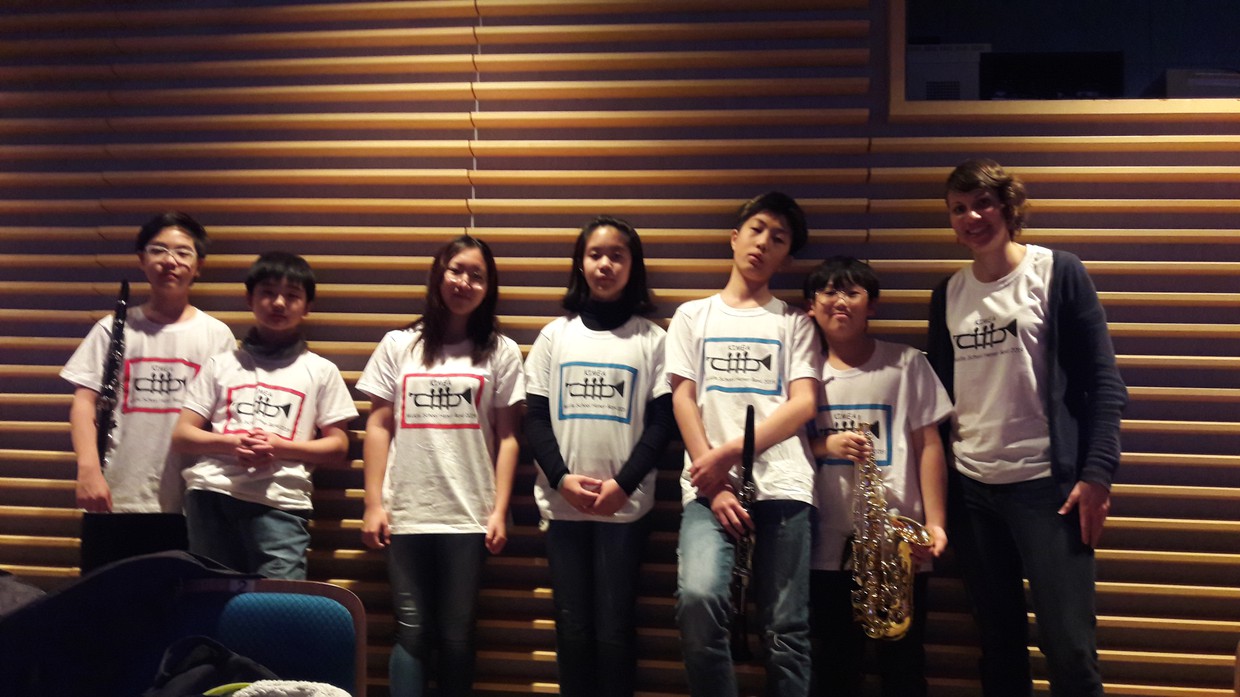 Thursday, January 31, six CDS students headed down to Chadwick to participate in the KIMEA MS Honor Band Festival. This annual festival enabled 260 students from 14 international schools to meet and play music together.

The students worked diligently all day as they had rehearsals with guest conductors and worked with their instrument section. It took a lot of focus and effort to play their instrument all day, but the students did an outstanding job! Throughout the day, Ms. Van Liew was able to lead flute sectionals for the bands and helped unify the flute sections. You can listen to recording of the performance on the Chadwick website. Here are some comments from several students who attended yesterday:

"When we went to Chadwick for KIMEA, we played our instruments for basically most of the time there. For me, it was a great experience being with other school kids and being able to sit next to them without feeling much competitive. I usually went to different schools for sports, but this time, it was more of a relaxed experience. I would recommend that many kids participate." -Ivonne J. 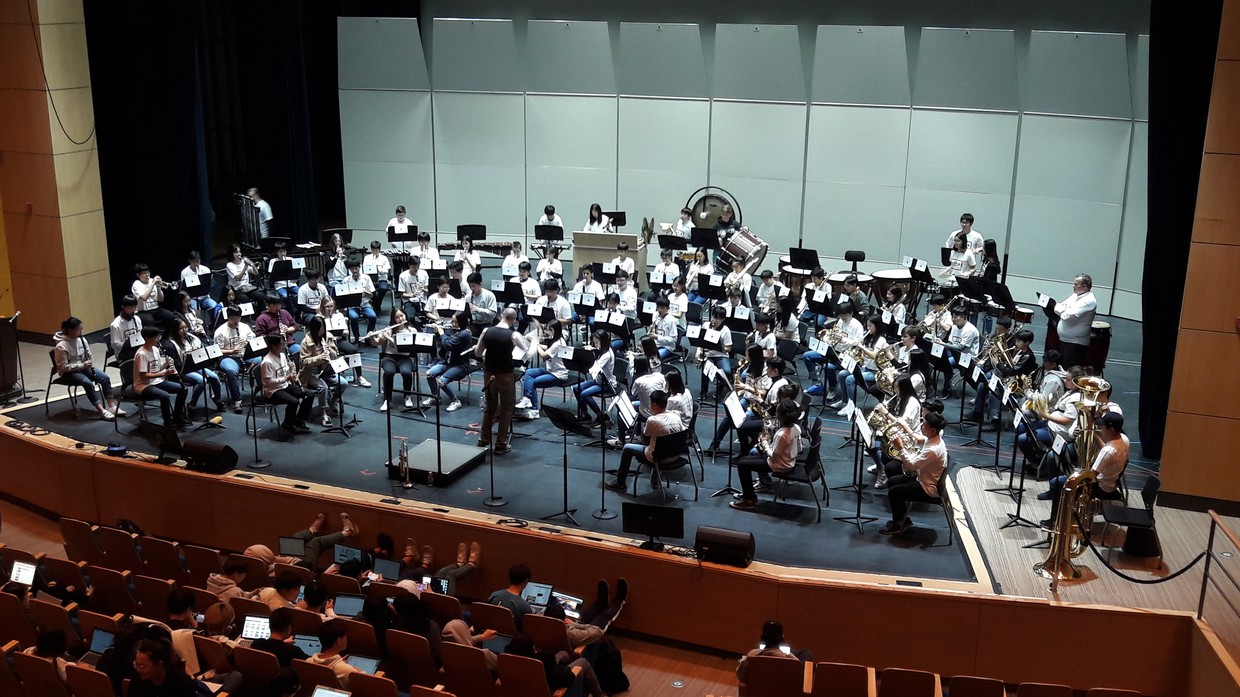 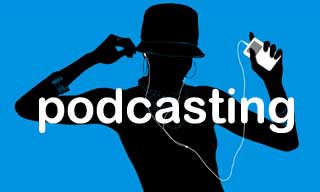 This week in Podcasting CC we practiced one on one interviews. The students created a mix of creative, funny, and serious interview questions to bring out the best in their peers and create an engaging interview. In the coming weeks, Students will incorporate these interview skills and their ability to create and ask insightful questions into their podcasts. 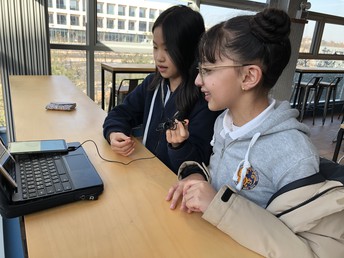 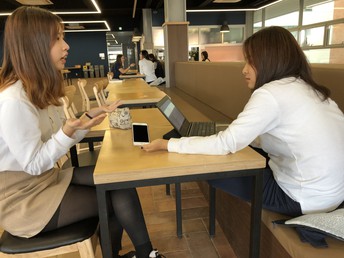 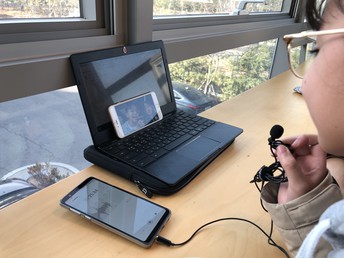 This week the fifth graders paired up for a math activity involving dividing by powers of ten. Powers of ten allow us to mentally divide any number, including decimals, simply by moving the decimal point to the left the amount that matches the power of ten exponent.

In this activity one person rolled a large colorful foam number cube to determine what the exponent would be for the given problem, then they mentally divided while their partner checked for errors. Then they switched roles. The students enjoyed the activity and were engaged the entire time. It was great learning activity! 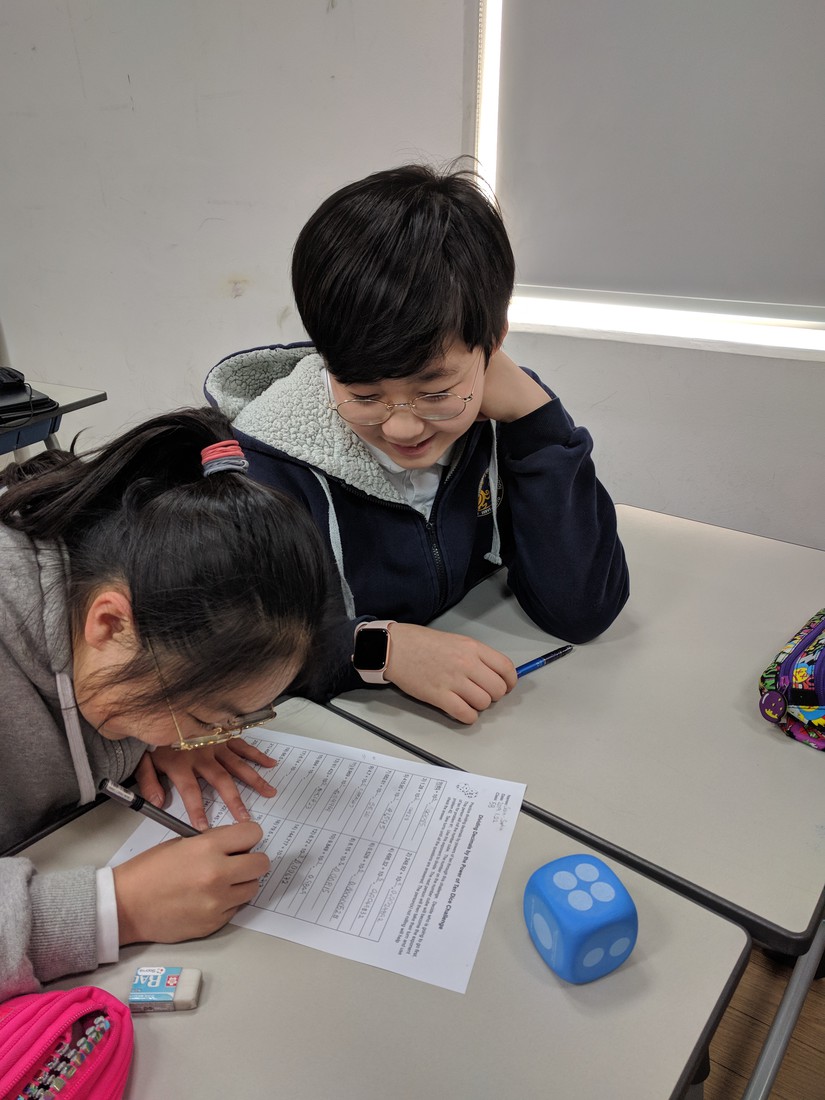 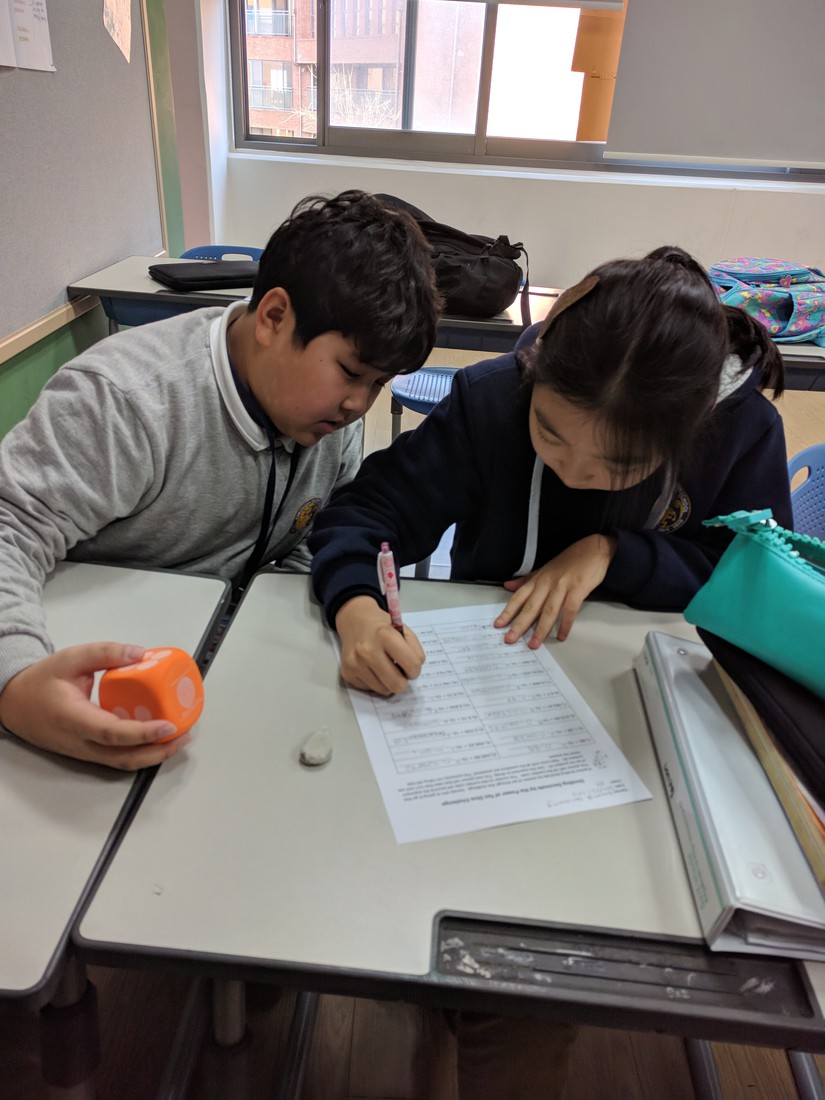 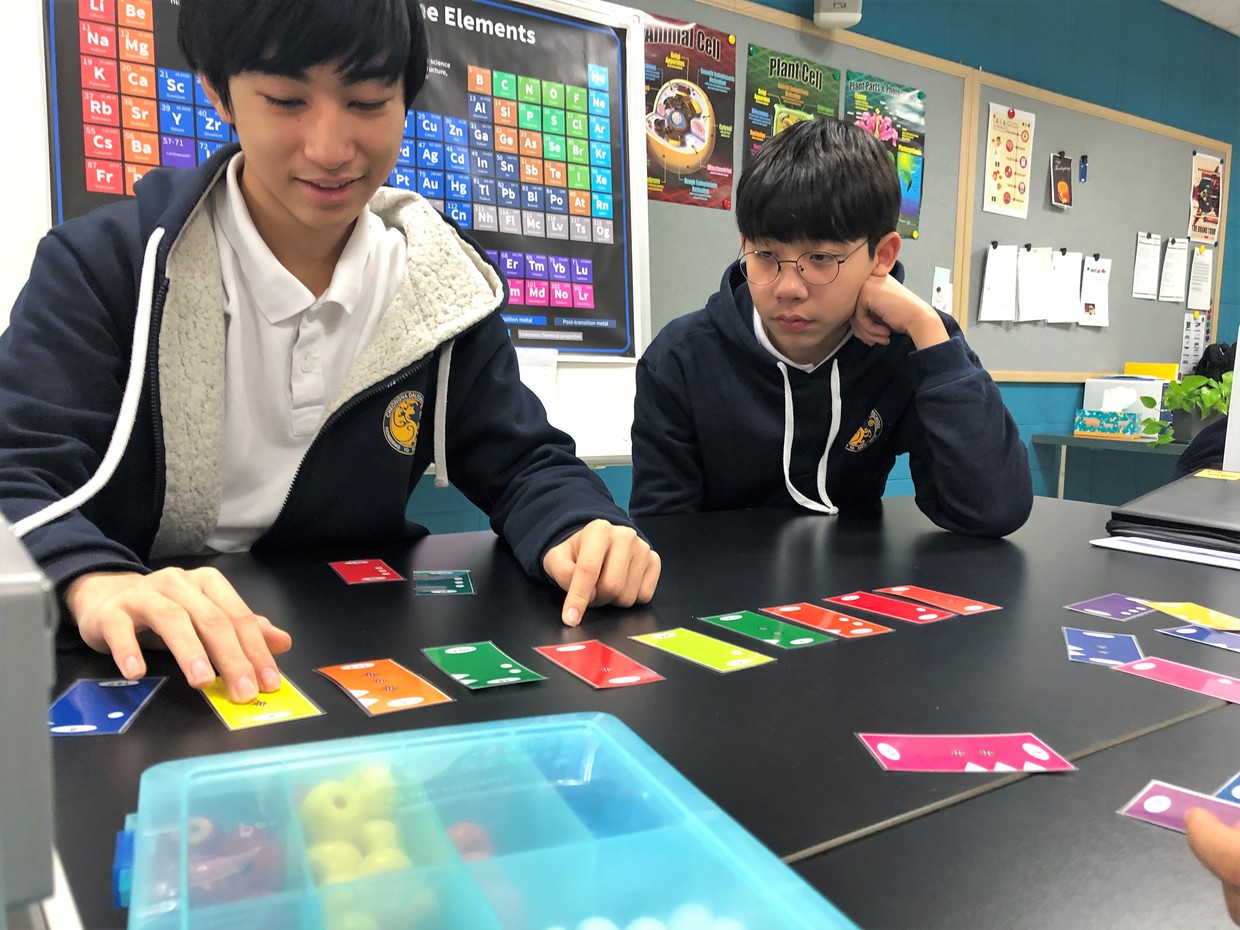 In order to understand the in depth organization of the periodic table, students engaged in a periodic table puzzle activity that pushed them to their limits demanding that they organize seven different patterns into one cohesive table. Many groups were successful but all students learned valuable lessons about challenges and teamwork. 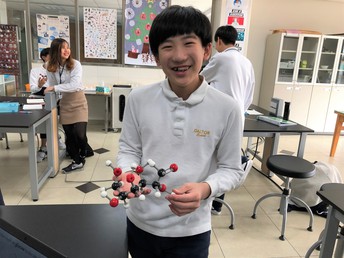 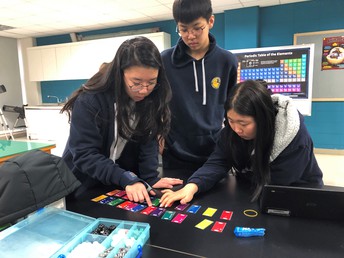 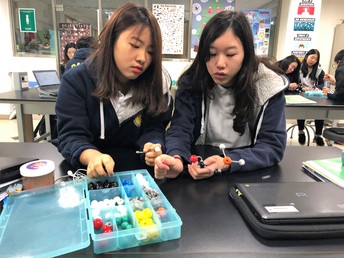 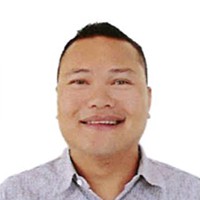 For the past week, grade 7 students have been experiencing the Terror of the French Revolution. Students simulated life in Maximilien Robespierre's 18th century Reign of Terror which included strict rules to follow and spies on every corner.

In this world, French people had to watch their behavior and demeanor very carefully. For those who did not seem to be wholehearted supporters of the Revolution were declared “enemies of the Revolution” – and went to the guillotine to “lose a quick 10 pounds.”

Students were assigned a role – either a regular French citizen or a Committee of Public Safety spy. If the French citizens adhered to the strict rules such as not eating white bread and addressing their fellow country men as "citizen" - they would gain +3 on their next quiz - and if the spies are able to get the most "kills", they too would be granted a +3 on their quiz.

After one week of "terror," out of the thirty students in grade 7 - two French citizens were true citizens of the Republic and was granted the bonus points on their quiz.

Over the last several weeks CDS Middle School students have been using Long House time to discuss what R.I.S.E. (Respect, Integrity, Safety, Engagement) really means and looks like in different contexts and locations around the school.

These posters were created by students and reflect their thoughts on how we can R.I.S.E. each day in hallways, classrooms, assemblies, on the bus, etc. 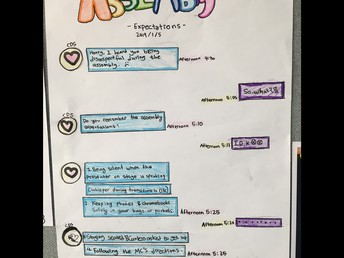 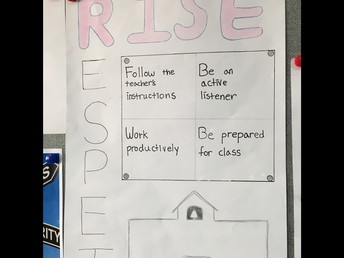 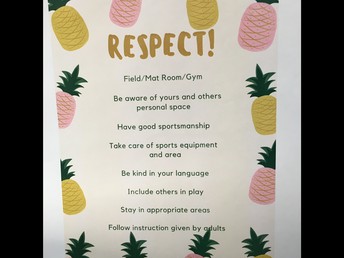 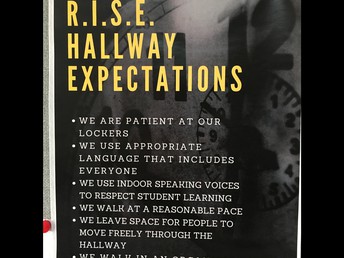 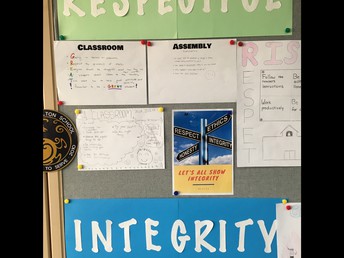 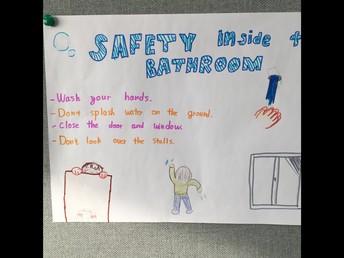 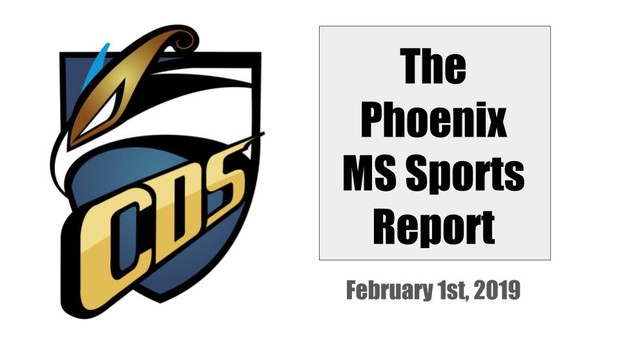 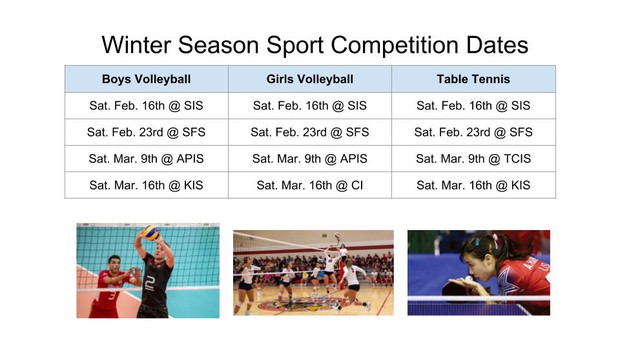 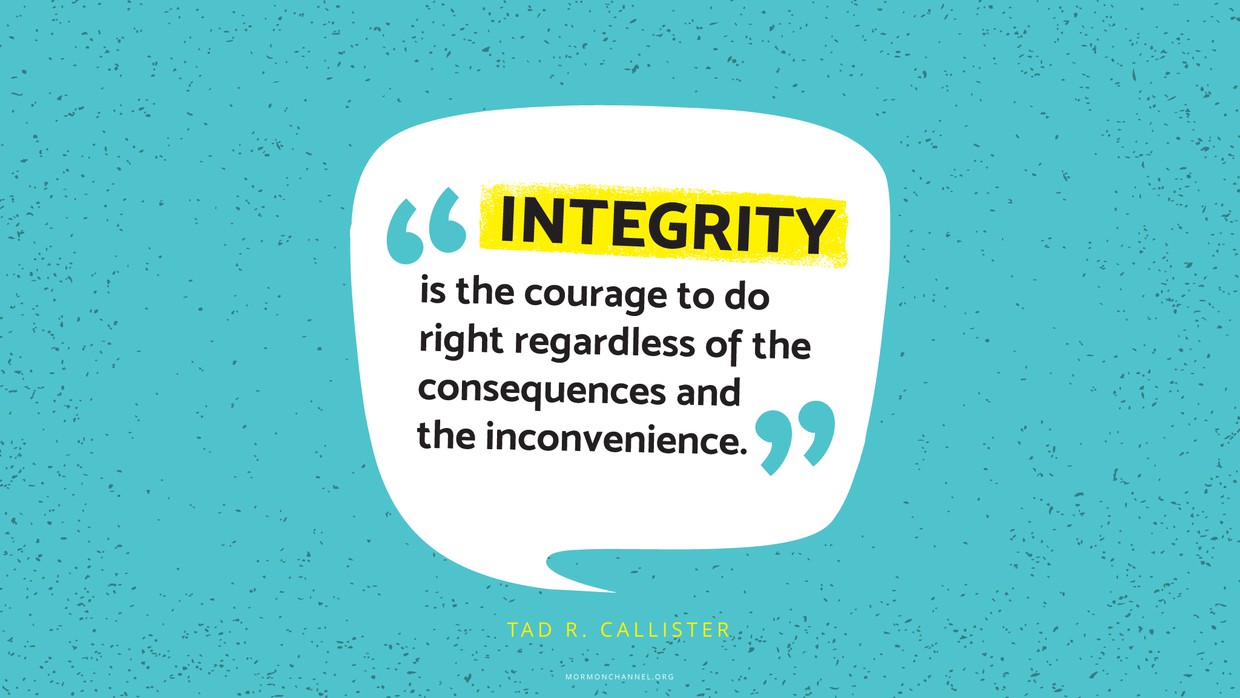 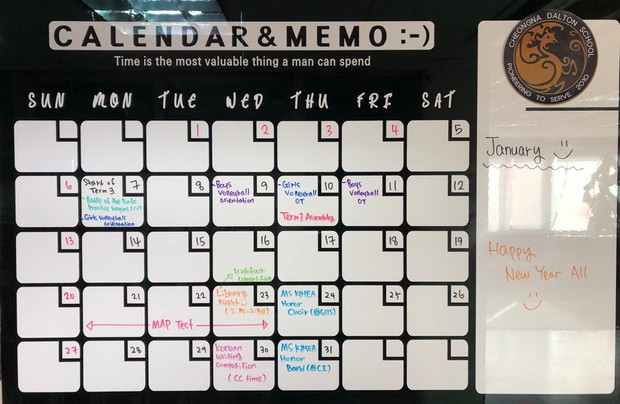