Shari is using Smore newsletters to spread the word online.

Get email updates from Shari:

Friday, March 15, was a very positive day for Nampa High’s Team+S (Science & Engineering Team)! Four of five presentations placed, with most being awarded second or first in their category:

Both Kimberly and Jacob gained a fully-funded trip to the International Intel Science & Engineering Fair competition in Phoenix, Arizona, on May 12-17, where they will compete with 77 other countries, Regions and Territories. They will be accompanied by their instructor and advisor, Mr. Chris Anderson.

We are proud of our Team+S students who all had very professional and admirable sets of presentations for the distinguished judges and public, and we wish Kimberly and Jacob the best at the international competition in May. 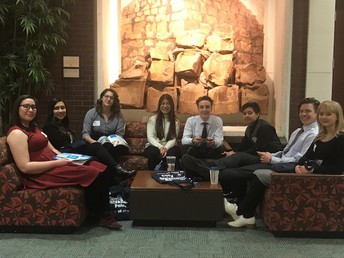 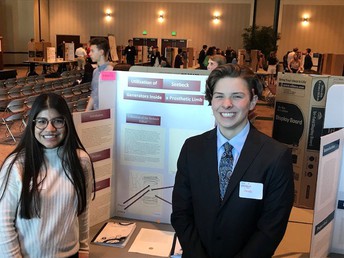 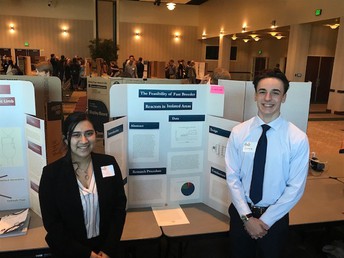 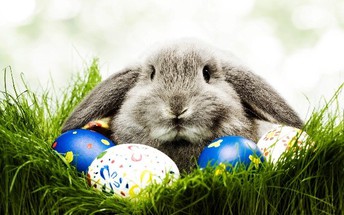 Justin Little – Bronze in Focus on the Children

Chloe Sprik, Jasmine Ondesko, Annastasia Jones, and Alexus Heridia all qualified for Nationals which will be held in Anaheim, California on June 30-July 4. 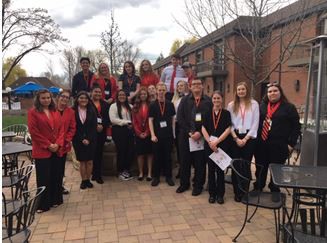 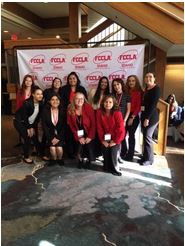 The State SkillsUSA Competition was held at various locations across the Treasure Valley and the State of Idaho on April 4-5. Our students did a tremendous job of representing our schools and demonstrating high levels of knowledge and workmanship. Congratulations to Skylar Wemhoff who received a bronze medal in Small Engines and to Christian Palomo who received a silver medal in State Welding Fabrication. Megan Galbraith, a senior and 3rd-year Automotive Technology student, received a gold medal for her 1st place finish in Job Skill Demonstration. Megan performed a valve lash adjustment on a Subaru cylinder head as well as explained why the job is done, how it is done, the labor time associated with the job, and problems that can occur with the engine if it is not done as part of the vehicle’s maintenance schedule. One of the judges was so impressed with her performance that he offered for her to use him as a reference if she was interested in a job with Lithia Ford of Boise and gave her the service manager’s contact information. Megan will now go on to represent Nampa School District and Idaho at the SkillsUSA National competition this summer in Louisville, Kentucky on June 24-28. 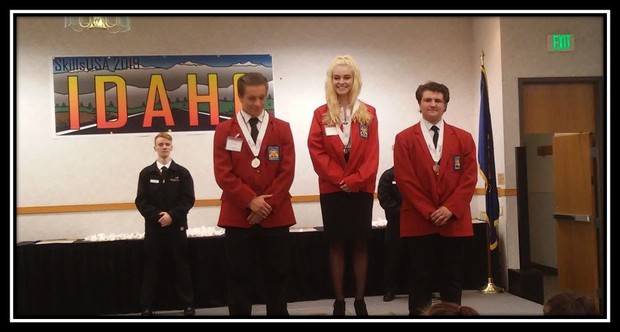 Also, our cosmetology students were excited to compete in the first ever state high school SkillsUSA Cosmetology Competition in Idaho. Five of our girls competed and were graded to a standard, and all five did amazing. Medal winners were: Abby Seable (Gold), Claire Garner (Silver), and Marcelina Ojeda (Bronze). In addition, Abby Seable took the Silver medal in the State Leadership Competition for Job Interview. 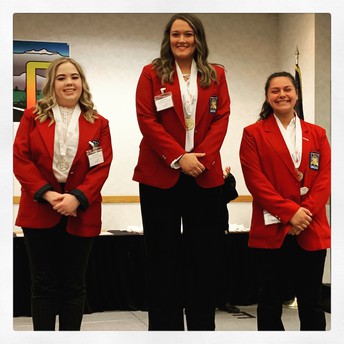 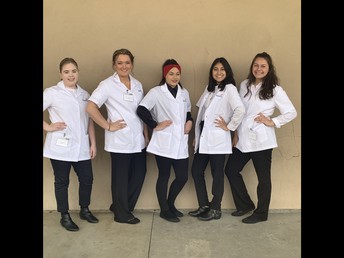 The NASKCO robotics team is composed of members from all three of the district’s high schools, Nampa, Skyview, and Columbia. The team is congratulated on a job well done this season in two regional competitions. They competed in Canadian Pacific Regional in Victoria, BC, Canada, as well as the Idaho Regional in Nampa, Idaho. The team won the Spirit Award in Canada along with being chosen on an alliance. In Idaho, the team stepped it up and finished 8 out of 27 teams and was the captain for alliance 5. They won the Gracious Professionalism Award in Idaho as well. Nampa High team members include Jaiden Prather, Logan Schoencker, and Nick Majors. Their team advisor is Kim Adcock at Columbia High School. 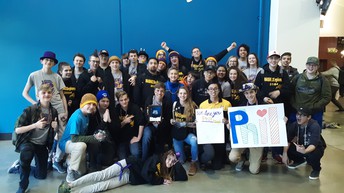 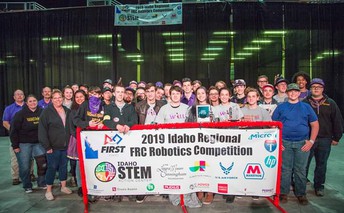 NHS senior, Sebastian Griffin, was at the Idaho Statehouse on April 4th while Governor Brad Little signed Senate Bill 1060. Sebastian served as a senate page this past season and co-authored this bill, along with Senator Steven Thayn from Emmett, which allows high school students to graduate early or take a flexible schedule if they meet certain Idaho State Board of Education requirements. Sebastian’s goal was to show students throughout Idaho they can get involved in things they are passionate and care about and not jeopardize their graduation status. 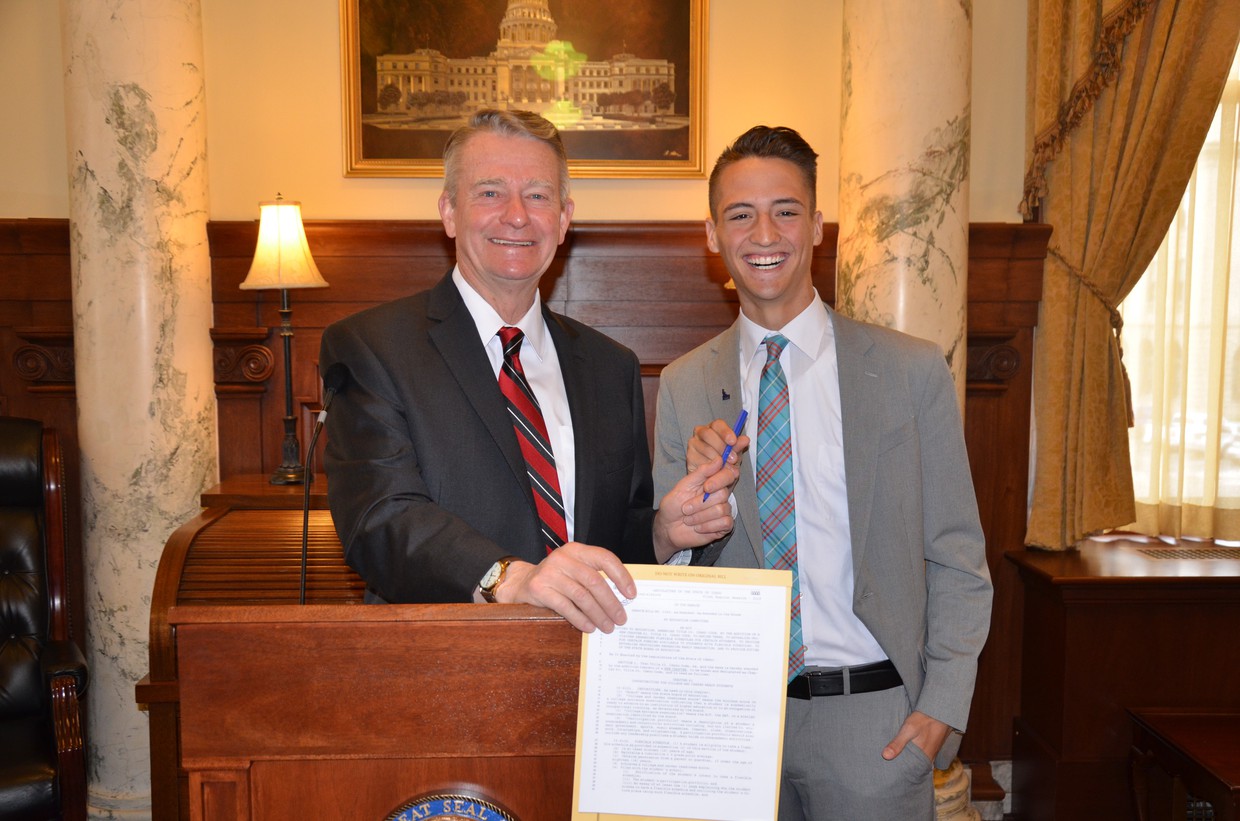 2016 Nampa High School graduate, Samantha Hendricks, is a junior at Utah State University (USU) and one of the nine members on their debate team. The team recently competed, along with 77 other colleges and universities, in the country’s largest Speech and Debate Tournament held in Long Island, NY, at Hofstra University. Samantha earned first place in Open Division debate as well as placed in the top 10 in persuasive speaking and the top 20% in after dinner speaking. Her persuasive speech was selected to showcase at the tournament. 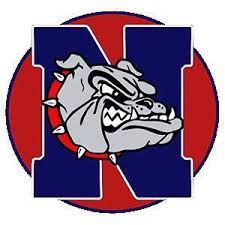 Shari is using Smore newsletters to spread the word online.