Rishab is using Smore newsletters to spread the word online.

Get email updates from Rishab:

Champion of the Downtrodden

Champion of the Downtrodden 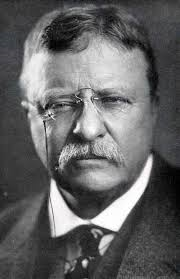 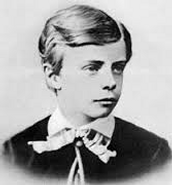 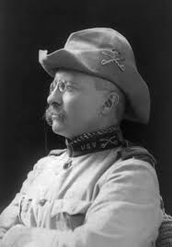 Far better is it to dare mighty things, to win glorious triumphs, even though checkered by failure... than to rank with those poor spirits who neither enjoy nor suffer much, because they live in a gray twilight that knows not victory nor defeat.

If Theodore Roosevelt had been President from 1928-1944, the world and his reputation would be drastically different and he would be more successful

Me If I Had His Skills

If I had the same skills as my figure I would run for President and if elected I would institute a variety of Progressive reforms. I would raise the minimum wage and permanently tie it to inflation and I would also eliminate the wage gap disparity between men and women. I would also pass legislation reforming tax codes and removing many tax loopholes while lowering the overall tax rate and reform campaign finance- getting rid of Super PACs. As for foreign policy, I would try to intimidate world dictators like Kim Jong Un. I would also use diplomacy skills he demonstrated when he ended the Russo-Japanese war to help find a two-state solution to the Palestinian conflict. 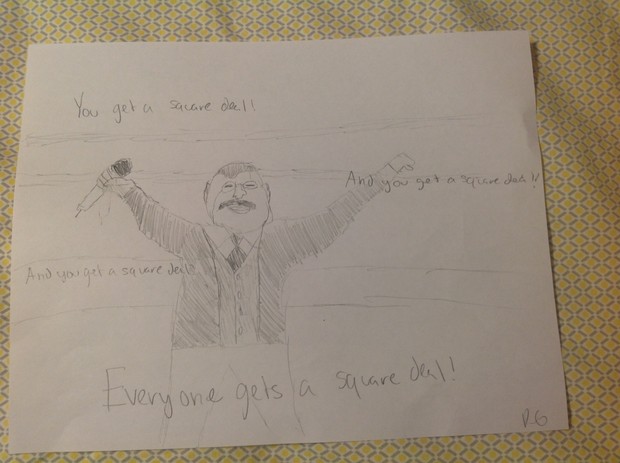 In the section about new perspectives on the West about Teddy Roosevelt, PBS writers attempt to piece together Theodore Roosevelt’s contribution to the West through discussion about his writings, lifestyle, and action as President of the Unites States. Starting with his action after becoming a member of the New York State Assembly (Participial Phrase), the writers discuss how Roosevelt’s infatuation with the West began when he tried to bag a buffalo for his trophy collection. The selection discusses how Roosevelt went back to his ranch to experience the typical Western feelings of isolation and immensity which helped him escape the sadness of his mother and wife dying. Roosevelt also began to write books of the West, which would lead to its greater popularization. After returning to New York with his new wife, he wrote more (Periodic Sentence). According to PBS writers, Roosevelt wrote a series of articles on Western life which would intrigue well-to-do Americans who would be welcomed onto dude ranches. The article then goes on to portray how Roosevelt came into a more powerful position to where he could influence policy for the West as President. The article talks about how Roosevelt’s main influence on the West as President came in terms of foreign policy and conservation. In foreign policy, the article relates how Roosevelt fostered economic development in the West- he brought back stability in Asia by ending the Russo-Japanese War, and he threatened China to force it to end its trade restriction with the United States. As for conservation, he ensured the wise use of forest reserves through the Forest Reserves Act. He also regulated dam building and irrigation through the Newlands Act- bringing further stability. This article seeks to show that Teddy Roosevelt was an important part of the development of the West while at the same time being attracted to its loneliness as the rugged individual that Theodore Roosevelt was.

Prosperity and Security The World Over

Portion To Be Read:

It is not the critic who counts; not the man who points out how the strong man stumbles, or where the doer of deeds could have done them better. The credit belongs to the man who is actually in the arena, whose face is marred by dust and sweat and blood; who strives valiantly; who errs, who comes short again and again, because there is no effort without error and shortcoming; but who does actually strive to do the deeds; who knows great enthusiasms, the great devotions; who spends himself in a worthy cause; who at the best knows in the end the triumph of high achievement, and who at the worst, if he fails, at least fails while daring greatly, so that his place shall never be with those cold and timid souls who neither know victory nor defeat. Shame on the man of cultivated taste who permits refinement to develop into fastidiousness that unfits him for doing the rough work of a workaday world. Among the free peoples who govern themselves there is but a small field of usefulness open for the men of cloistered life who shrink from contact with their fellows. Still less room is there for those who deride of slight what is done by those who actually bear the brunt of the day; nor yet for those others who always profess that they would like to take action, if only the conditions of life were not exactly what they actually are. The man who does nothing cuts the same sordid figure in the pages of history, whether he be a cynic, or fop, or voluptuary. There is little use for the being whose tepid soul knows nothing of great and generous emotion, of the high pride, the stern belief, the lofty enthusiasm, of the men who quell the storm and ride the thunder. Well for these men if they succeed; well also, though not so well, if they fail, given only that they have nobly ventured, and have put forth all their heart and strength. It is war-worn Hotspur, spent with hard fighting, he of the many errors and valiant end, over whose memory we love to linger, not over the memory of the young lord who "but for the vile guns would have been a valiant soldier."

O: Speaking at the Sorbonne in the Grand Amphitheatre in the University of Paris

A: Students who attended the university as well as teachers and diplomats

P: To emphasize what qualities he believed were necessary for a successful country- hard work and not merely success and brilliance

S: What virtues good citizens of a republic possessed

Tone: He is quite firm and mater-of-fact- he leaves no room for doubt of any of what he is saying- he is assertive and convinces the reader that hard work is what holds up a republic

Rhetorical Strategies: He uses ethos quite effectively throughout the entire speech- h plays on a common history of all nations to forge a common bond which he then uses to make his point. He also uses juxtaposition quite effectively by juxtaposing honor and failure to show what can happen if the citizens in a republic aren't of the highest caliber and art and physical labor to show that both need to be cultivated. He also uses logos to logically explain why citizens of all stripes are needed- drawing on Frances's rich history to support his examples.

Roosevelt, Theodore. The Autobiography of Theodore Roosevelt. Condensed from the Original Ed., Supplemented by Letters, Speeches, and Other Writings. New York: Scribner, 1958. Print.

Rishab is using Smore newsletters to spread the word online.