Who: Founder of the standard oil company

What: John D. Rockefeller founded the first oil company. He also was one of the richest man in the world. John Rockefeller donated more than 500 million dollars to various educational, religious and scientific causes.

When: 1870 the oil company was established. He retired in mid-1890's after he had retired was when he decided that he wanted to donate money.

Where: He formed the company with his younger brother William in Cleveland, Ohio.

Why: John Rockefeller was inspired by a fellow Gilded Age man Andrew Carnegie who made a large fortune in steel and decided that he would donate his money. 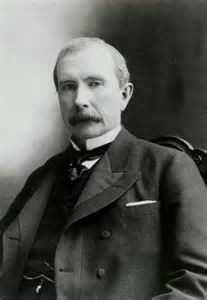 Who: inventor of the industrial age.

When: Thomas E. had invented the light bulb in 1879. 1888 he started to building his large factory complex.

Where: Thomas E. systematically developed his ideas at West Orange, New Jersey Complex. Once the products were perfected he sent them to large factory complex that Edison had started building in 1888.

Why: I don't really know why he invented things. 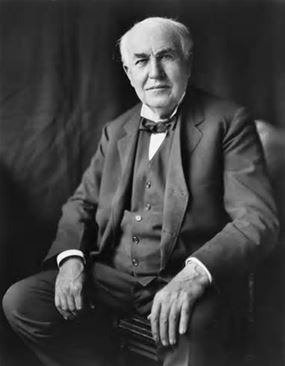 Who: The people that worked at sweatshops were adults but also child laborers.

What: Any work place where workers are subject to extreme cruelty. Workers would not get benefits or good working conditions and not living wages. Enabling workers to cover the cost of basic need such as Food, shelter, and health care.

When: Sweatshops reentered the U.S in 1995. There were girls found around the age of 13 sewing clothing for a talk show. The girls had worked 7:30 a.m.to 9:00p.m Monday through Friday.

Where: 67% in Los Angeles and 63% in New York clothing factories were found violating minimum wage and overtime laws. Los Angeles is one of the most places in U.S. that has sweatshops. Sweatshops can also be found in Central and South America, Asia, and certain regions of Europe

Why: They are a product of global economy and are some times called by people "free" trade. Companies will increase profits by lowering down cost so they can have low-cost factories. 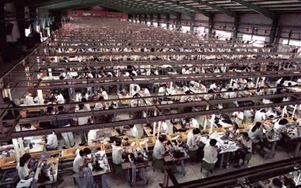 Who: There are 45,700 employees in the Union Pacific working.

What: The Union Pacific is a class 1 line haul freight railroad. The union Pacific operates 8,400 trains in over 31,390 route miles in 23 states.

Where: The Union Pacific runs through West Chicago, Illinois , and New Orleans, Louisiana. The Union Pacific has grown by taking over other railroads like the Mississippi Pacific, Chicago and North Western, Western Pacific, Missouri-Kansas-Texas, and the Southern Pacific.

Why: The Union Pacific used to be one railroad that was called the First Transcontinental railroad which had a bunch of little railroads that are their own now. Then they split which made it much quicker in transportation and cheaper and more flexible from coast to coast.