“I would rather make mistakes in kindness and compassion than work miracles in unkindness and hardness.” ― Saint Teresa of Calcutta

For a complete calendar listing, view our Google calendar online. 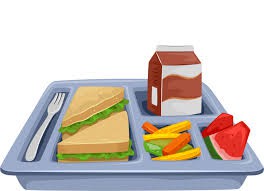 The USDA Waiver Program has been extended for the entire 2020-2021 school year. St. Mary Catholic Schools students will not be charged for full school meals (ala carte items will still be charged) through the end of this school year, through a federally-funded waiver program. Free lunch became available for all of our locations beginning October 1st.

All virtual learners enrolled at St. Mary Catholic Schools are also eligible for free lunch. We will start lunch pickup for virtual students this week. The pickup location will be St. Gabriel Elementary in the horseshoe driveway. Please watch your email for a bi-weekly signup. 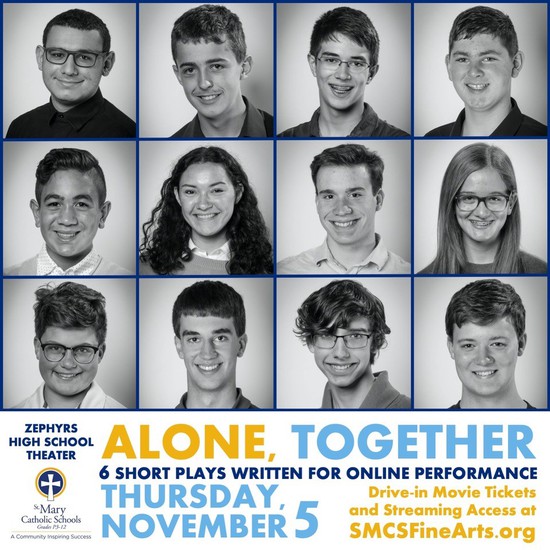 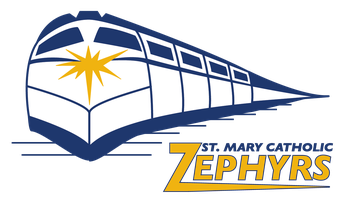 Congratulations to our tennis team for an excellent season. They won conference with every player taking first followed by all ten girls winning their matches at subsectionals. At sectionals, our #1 doubles team of Emma Jares and Drew Korth, our #2 doubles team of Natalie Chakar and Lilly Griffith, and our #1 single, Anna Vanden Acker, qualified for state.

The boys cross country team were conference champions for the first time since 1990 and placed 2nd at sectionals to qualify as a team for the WIAA Division 3 State Cross Country meet, a first for our school. Members of the varsity team are: Tip Hogerty, Alex Groppel, Michael Weninger, Ashton Post, Benjamin Schoeni, Kaden Miller, Pierce Steffen. Noah Valentine was the alternate. The team placed 7th at state.

The girls cross country team took 2nd at conference and advanced as a team to the sectional meet where they finished 3rd, almost qualifying as a team. The members of the varsity team are: Kaela Groppel, Addison Dinka, Haley Gustafson, Sylvia Walentowski, Norah Lee, Camille Dinka and Grace Dominowski. Kaela Groppel qualified for the state meet with her third place finish at sectionals. She went on to finish an impressive 13th place at the state meet.

The volleyball team defeated Sheboygan Lutheran and Hilbert to advance to WIAA Regional final against Howard's Grove. Although their season met an end there, they finished 5-6 overall and as the WIAA Regional runner-up team.

We are very proud of our teams! See the calendar above for winter sports starting dates. 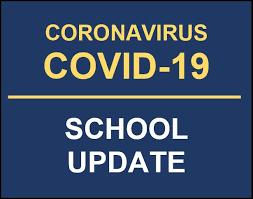 Please continue to call the school office with any absences. If you are concerned about symptoms, positive cases or exposure, please call our Covid Screener at 920-716-7139 or email studentsafety@smcatholicschools.org.

Get ahead of the game and order a book full of awesome memories for your student. Orders are due by FRIDAY, NOVEMBER 6. ORDER YEARBOOK

Visit dates are listed on the Naviance home page under “What’s New”. The link moves to the Naviance/Colleges Home/College Visits page and becomes active 24 hours prior the virtual visit.

BBS and BGS are summer programs that help students who have completed their junior year of high school become better informed citizens on how our government functions. For more information visit the Badger Girls State and Badger Boys State websites. Opportunities will be discussed during junior conferences.

Over 600 participating colleges!! Click below to see which colleges will be there:

Over 600 participating colleges!! Click below to see which colleges will be there:

Private - Wisconsin's 21 private, nonprofit undergraduate colleges and universities have gone test optional for Fall 2021. This means that — with the exception of some competitive programs — students can apply without submitting an ACT or SAT score. To determine whether it is best to submit a score, view the average ACT scores of admitted students at the institution and contact an admissions counselor.

Use this link to find campus tour information for all UW System Schools:

College Goal Wisconsin is an organization which provides free help completing the FAFSA. Virtual events are offered on October 21, and 28, November 4 and 11. Click here for details.

Ripon College Office of Financial Aid is happy to share a virtual step-by-step guide to filing the FAFSA and the financial aid process for all students planning to attend private, public or technical schools after graduation. This is the same financial aid evening program offered at SMCHS in the past. Click on the links below for each topic:

Part 3: Next Steps (The FAFSA is complete)

Part 4: Special Circumstances and Other Questions

Fox Valley Technical Institute is hosting virtual FAFSA workshops on Thursdays (except when the college is closed). The next event is scheduled for November 5 at 9:00am. Students and their families can log in and get assistance completing the FAFSA from start to finish here. Chrome is the recommended browser.

Scholarships can be found on the Naviance home page under Colleges/Scholarships & Money. Seniors should check Naviance weekly for updates. 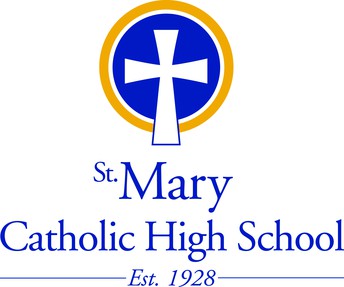 Follow Sue Thelen
Contact Sue Thelen
Embed code is for website/blog and not email. To embed your newsletter in a Mass Notification System, click HERE to see how or reach out to support@smore.com