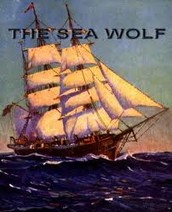 Humphrey Van Weyden is a gentleman who was on a ferry when it sunk and found himself on the seal hunting schooner named the Ghost. When the brutal captain of the Ghost, Wolf Larson refuses to put Humphrey back on land he puts Humphrey to work and Humphrey, "was painfully aware of my likeness to a scarecrow" (14). Work on the Ghost was hard for Humphrey as and it was even harder when, " I felt sure the leg was broken" (24).

Humphrey has a different personality then the other men on the ship. Humphrey's personality shows that he may be physically weak but he is very smart about literature and life. An example of this personality is that Wolf Larsen said to Humphrey, "that this is the first time I have heard the word 'ethics' in the mouth of a man. You and I are the only men on this ship who know its meanings" (51). This expresses Humphrey's personality because he use the word 'ethics' which is a difficult word to understand for the men on the ship except Wolf Larsen. Another example where Humphrey shows he is smart about literature is in the statement, " Three days of rest, three days of blessed rest, are what I had with Wolf Larsen, eating at the cabin table and doing nothing but discuss life, literature, and the universe" (55). This exemplifies that since Humphrey's personality reflects a lot of life experience Wolf Larsen gave him three days off so he can just talk to Humphrey about life, literature, and the universe.

While Humphrey was stranded at sea he faced many conflicts. One of the conflicts was Wolf Larsen. For example when one of the crew did something wrong, "it was no more than ten minutes that the beating continued. Wolf Larsen and Johansen were all about the poor fellow" (75). This tells us that Wolf Larsen is a problem to all of the crew because he would brutally beat someone when they did the slightest thing wrong on the ship. Another conflict that Humphrey faced is being stranded on a deserted island after he escapes the Ghost. This is reflected in the statement, "For two weeks we toiled at building a hut" (190). This shows that Humphrey is having trouble building a hut and he is having even more difficulty making a home for he and his partner, Maud Brewster.

The Ghost is a seal hunting schooner who is hunting the seals for their skins.

The Ghost was hunting seals off the coast of Yokohama, Japan.

The voyage the Ghost made to hunt the seals. Humphrey joined the voyage in San Francisco Bay.

The characterization of Wolf Larsen helps advance the plot of the story because it gives us a deeper meaning into Wolf Larsen and why he does certain things For example Wolf Larsen says, "some of the seeds fell upon stony places, where there was not much earth, and forthwith they sprung up because they had no deepness of the earth. And when the sun was up they were scorched, and because they had no root they withered away. And some fell among thorns, and the thorns sprung up and choked them...I was one of those seeds" (65). This exemplifies that since Wolf Larsen is a withering seed it explains that instead of doing great things in the world with his power he is just a brutal ship captain. Another example of the characterization of Wolf Larsen is that Humphrey observed, "It was the biceps that had nearly crushed out my life once, that I had seen strike so many killing blows" (94). This shows that Wolf Larsen is so strong that he can kill someone by just punching them or squeezing there life out of them. 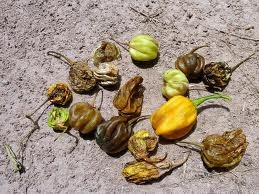 The Sea Wolf was a good book so I would have to praise the book. It was a good book in my opinion because there was action at every chapter. For example in one chapter, "his right arm had been ripped open from elbow to wrist" (57). Then in the next chapter, "The last twenty-four hours have witnessed a carnival of brutality" (72). The examples show that every chapter there is a new brutality or action taking place.

In summary, I would praise the Sea Wolf is because there is action and drama in every chapter. Also, because of the unique and unpredictable character Wolf Larsen. The only part that I did not like about the book is that it was difficult to interpret the meaning of some of the sailor talk that went about on the ship.