Where, What, and When

In March of 2014 an outbreak of the disease Ebola started in West Africa. Since then 8,936 deaths have been confirmed. The country with the highest death toll was Liberia (3,710 deaths). There have 21,797 people that have been infected by the disease including women and children.

What is being done to eradicate the Ebola virus?

Foreign Help: The CDC (Centers For Disease Control) is sending people and equipment to West Africa, to doctors and volunteers that can help treat this virus.

In the hardest hit areas of the outbreak of Ebola, there are people that beat the virus and live to tell about it. Scientists and doctors there are looking at their blood to see what is destroying the Ebola virus inside them. Many survivors are donating blood to help with this research. Many doctors working over in Africa might notice symptoms of the virus and know what to do to make sure the virus doesn't spread to other healthy people or doctors.

The impact on Sub Saharan Africa is huge. The economies in countries like Sierra Leone, Liberia, and Guinea are being crippled because of the amount they spend on research. Also they need to pay money to make sure they have people that can help take care of the sick. They also need to hire doctors, nurses, and new technologies to help cure the disease. They have been estimated to lose 1.6 billion dollars (U.S) in economic growth in 2015 as a result of this outbreak. If they can't slow down the spread even ore the SSA could lose 6.2 billion dollars in U.S. money. If it stays at a slow spreading rate they will only lose 550 million dollars in U.S. money.

Ebola has also effected Africa in a physical way. Ebola has caused people to move out of their homes because Ebola has infected it. This leads to poverty. Many West Africans are living in small tin or metal shacks on a muddy road. Also people are dying everywhere and they need to have volunteers come and get the bodies. Some family's in the Ebola hot zones have completely died out. Sometimes only one person lives out of the entire family. Also in elderly it is hard to get them to go get treatment because they are slower moving. Some of them don't believe in modern medicine so they try to treat it with cultural medicine. 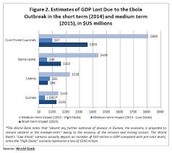 This graph shows the economic effect Ebola has had of the SSA.

This picture shows the physical effect of Ebola in Sub Sahara Africa. 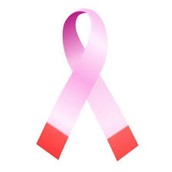 This is the ribbon for Ebola Awareness