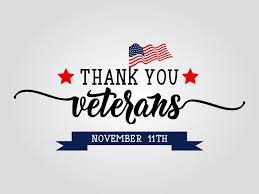 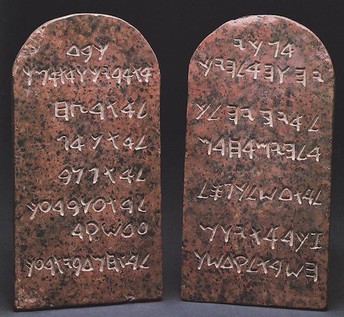 In the ongoing fulfillment of the covenant and the prophecy God made with Abraham, the Book of Exodus opens with Abraham’s offspring multiplying rapidly in Egypt with some estimates exceeding 1.5 million souls. We have skipped over the blessings that God brings to the Egyptians at the hands of Abraham’s great-grandson, Joseph, and the prestigious positions the Jewish people held as a result.

In all, Jacob had seventy descendants in Egypt, including Joseph, who was already there. In time, Joseph and all of his brothers died, ending that entire generation. But their descendants, the Israelites, had many children and grandchildren. In fact, they multiplied so greatly that they became extremely powerful and filled the land.

Eventually, a new king came to power in Egypt who knew nothing about Joseph or what he had done. He said to his people, “Look, the people of Israel now outnumber us and are stronger than we are. We must make a plan to keep them from growing even more. If we don’t, and if war breaks out, they will join our enemies and fight against us. Then they will escape from the country.” Exodus 1:5-10 NLT

The new Pharaoh found this cultural encroachment a threat to both his ego and his power and in an effort to curb their influence he enslaves God’s people, and they cry out to God to rescue them. God hears them and sends Moses — an Israelite who miraculously survived the ethnic cleansing and infanticide of the new regime to be his instrument of divine power. Although he vehemently protests his inadequacy and unsuitability, God empowers Moses to lead the people out of Egypt and toward the land God promised to Abraham.

“… Now go, for I am sending you to Pharaoh. You must lead my people Israel out of Egypt." But Moses protested to God, “Who am I to appear before Pharaoh? Who am I to lead the people of Israel out of Egypt?” God answered, “I will be with you. And this is your sign that I am the one who has sent you: When you have brought the people out of Egypt, you will worship God at this very mountain.” Exodus 3:10-12 NLT

I am sure you will be familiar with the “negotiations” between Moses and Pharaoh which culminated with the first “Passover” which has been memorialized by Jewish people ever since and at which Jesus announced the finalization of God’s covenants with mankind.

After a harrowing escape, with Pharaoh’s chariots in hot pursuit and the waters of the Red Sea piled up on either side of them, after two months filled with signs, wonders, and miracles, the people reach the foot of Mount Sinai, where God shows up to revisit the promises he made to Abraham. I encourage you to reread the story told in Exodus 19.

Acting as the representative for all of Israel, Moses ascends the mountain to hear the terms of God’s covenant with the people.

Then God gave the people all these instructions:

“I am the Lord your God, who rescued you from the land of Egypt, the place of your slavery. You must not have any other god but me. You must not make for yourself an idol of any kind or an image of anything in the heavens or on the earth or in the sea. You must not bow down to them or worship them, for I, the Lord your God, am a jealous God who will not tolerate your affection for any other gods. I lay the sins of the parents upon their children; the entire family is affected—even children in the third and fourth generations of those who reject me. But I lavish unfailing love for a thousand generations on those who love me and obey my commands.

“You must not misuse the name of the Lord your God. The Lord will not let you go unpunished if you misuse his name. Remember to observe the Sabbath day by keeping it holy. You have six days each week for your ordinary work, but the seventh day is a Sabbath day of rest dedicated to the Lord your God. On that day no one in your household may do any work. This includes you, your sons and daughters, your male and female servants, your livestock, and any foreigners living among you. For in six days the Lord made the heavens, the earth, the sea, and everything in them; but on the seventh day he rested. That is why the Lord blessed the Sabbath day and set it apart as holy.

We, today, know these instructions as “The Ten Commandments”, which form the basis of moral law in our society, but we must remember that in essence, they are an amplification of the terms of the covenant that God gave to Abraham. They include the boundaries, witnesses, and stipulations of that covenantal form.

God promises to make Israel into a holy kingdom of priests that will spread his blessing and glory to all the nations. He instructs Israel to obey all the laws given at Mount Sinai, promising to bring blessings if they follow his commands and curses if they ignore them (see Deuteronomy 28). However, God further adds to the covenant blessings:

Yahweh! The Lord! The God of compassion and mercy! I am slow to anger and filled with unfailing love and faithfulness. I lavish unfailing love to a thousand generations. I forgive iniquity, rebellion, and sin. Exodus 34:6-7 NLT

To provide remission for sin, God sets up a priesthood and sacrificial system as a forerunner of its ultimate fulfillment in the sacrifice of Jesus. The witness of this expanded covenant is to be outwardly reflected in the way that the Israelites live, keeping the commands and, most notably, observing weekly Sabbath rest (see Exodus 31:12-18).

In this Mosaic covenant, we are introduced to an idea that was totally foreign to the people of Moses’ time: God was personally interested in his chosen people and wanted to provide resources and boundaries making it possible for them to please him.

Let us praise Him because He has further expanded that covenant through Jesus so that we recognize He is interested in us as individuals!

Next time: The Covenant with David. 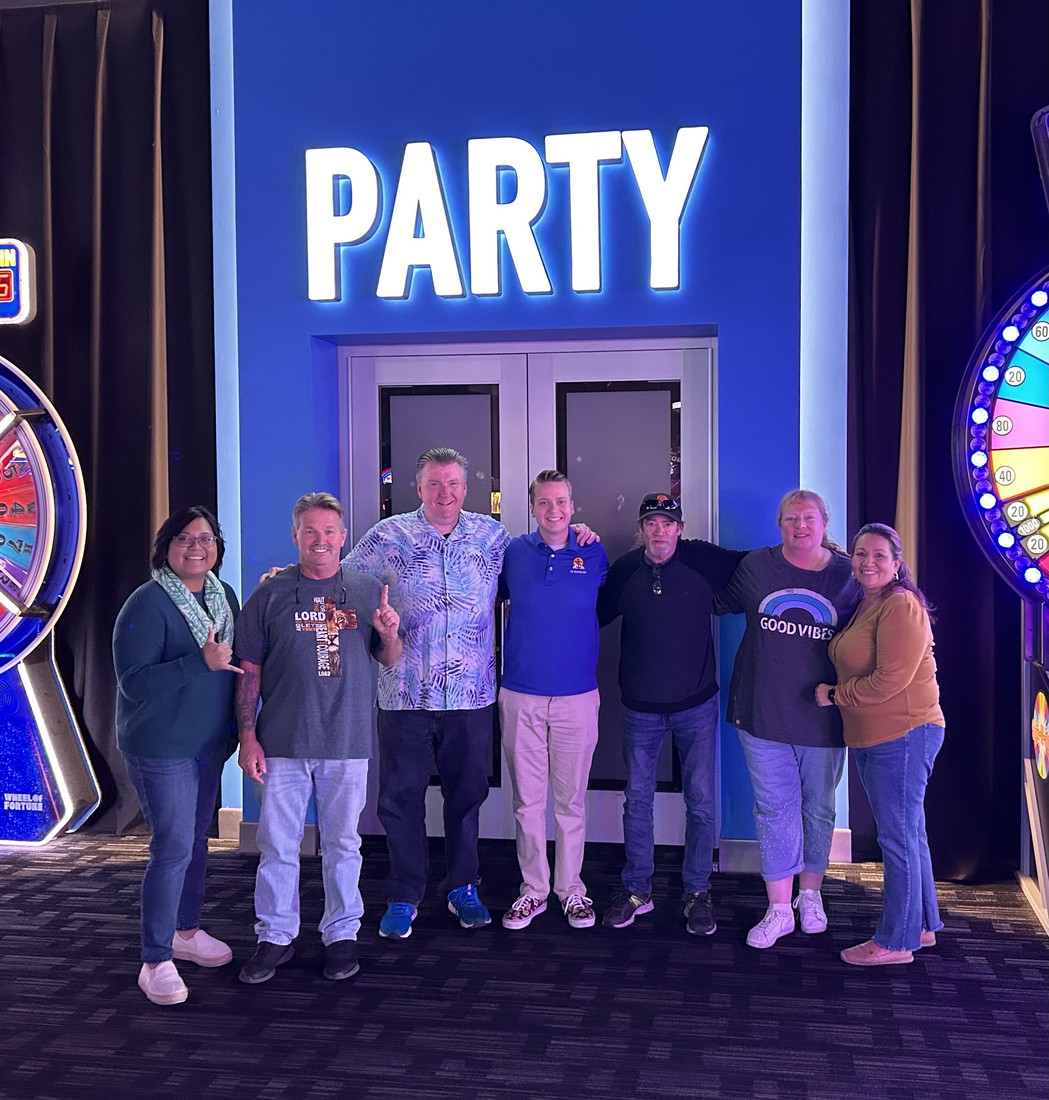 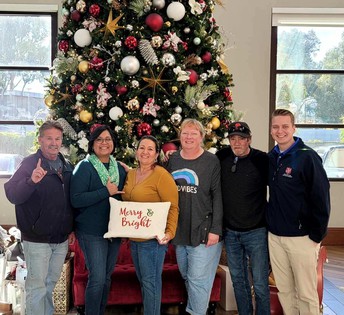 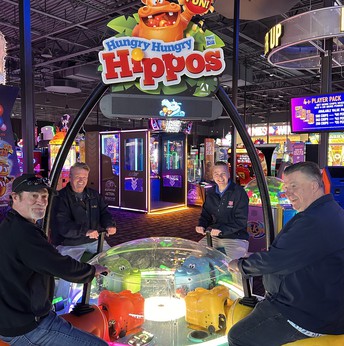 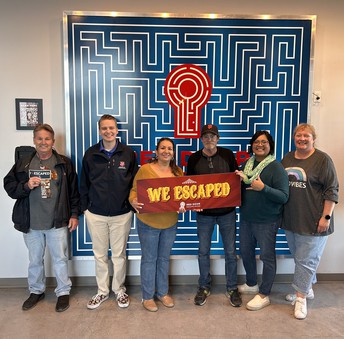 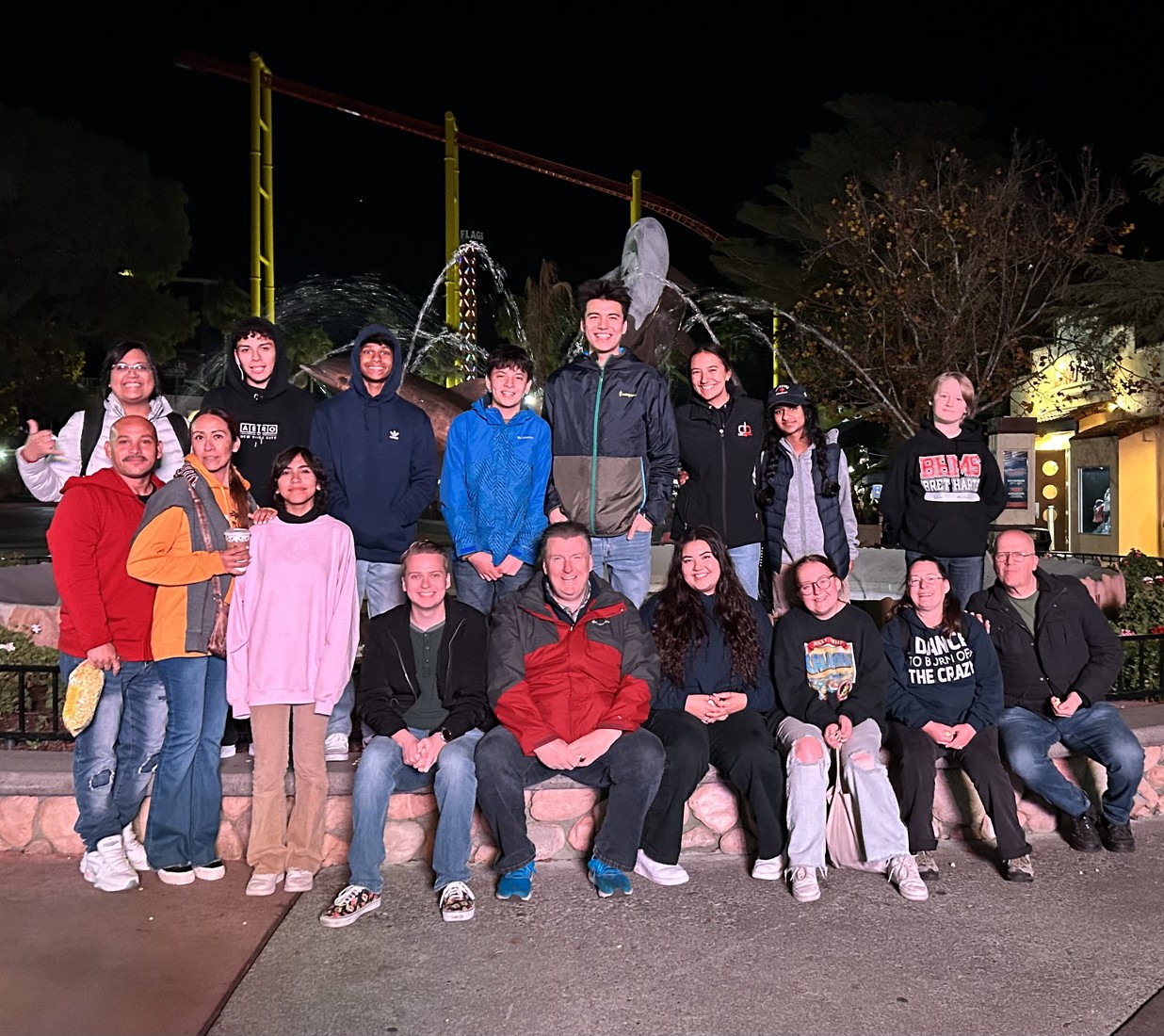 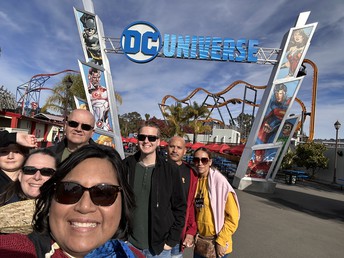 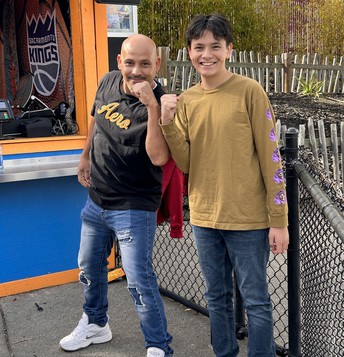 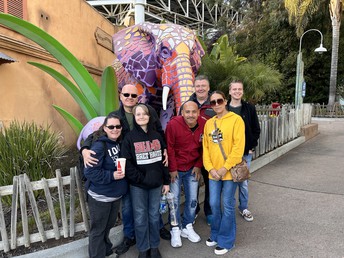 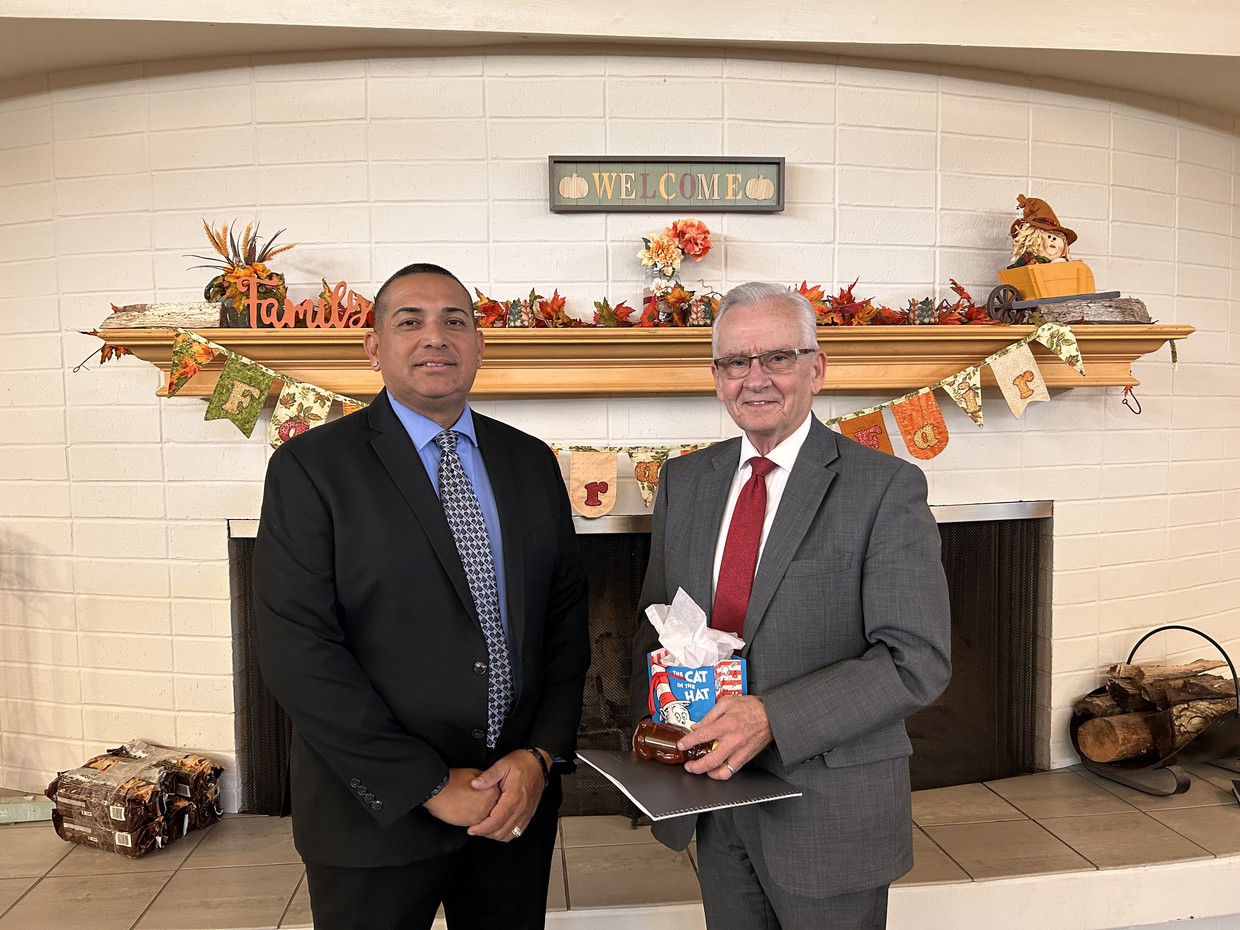 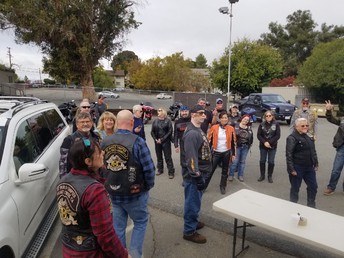 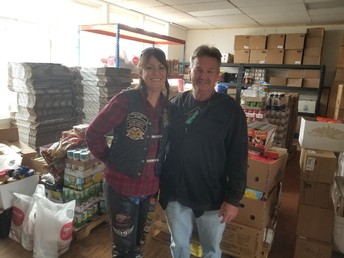 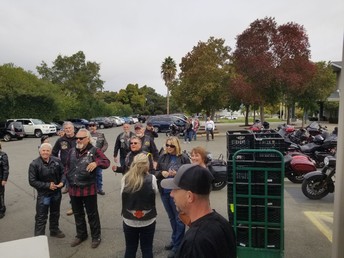 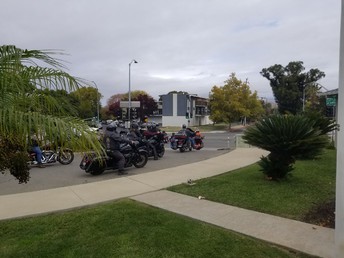 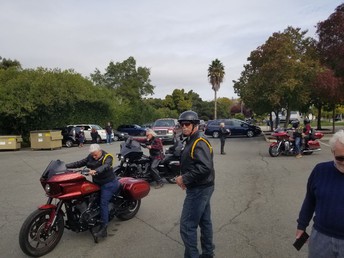 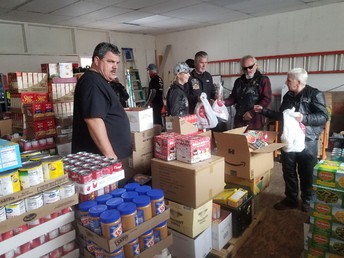 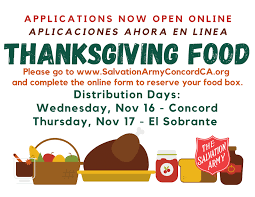 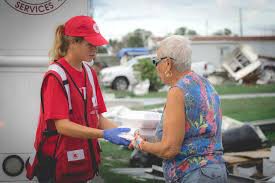 This initiative of turning our thoughts and prayers towards the same part of the world at some point in the same week is a beautiful way to unite us as a global Army family and I thank you for the commitment that you each give to this.

The Prayer Focus requests for November 2022. We will be praying for the following territories: 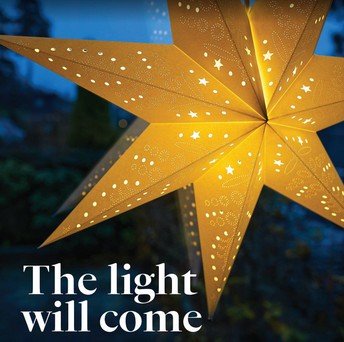 The Light Will Come: A 28-Day Advent Journey for Families

Imagine a December spent savoring the true joy and awe of Christmas.

This 28-day journey is for families interested in a simple, meaningful celebration (even if you’ve never observed Advent before).

It will help your family take an unhurried approach to the season by:

Along the way, we'll send you a simple, daily email to help guide you through this Advent journey, starting the First Sunday of Advent, Nov. 27. 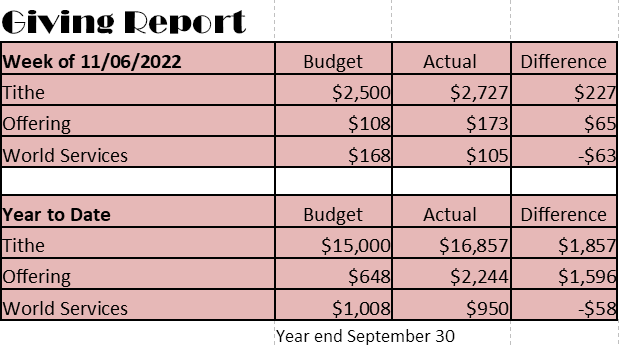 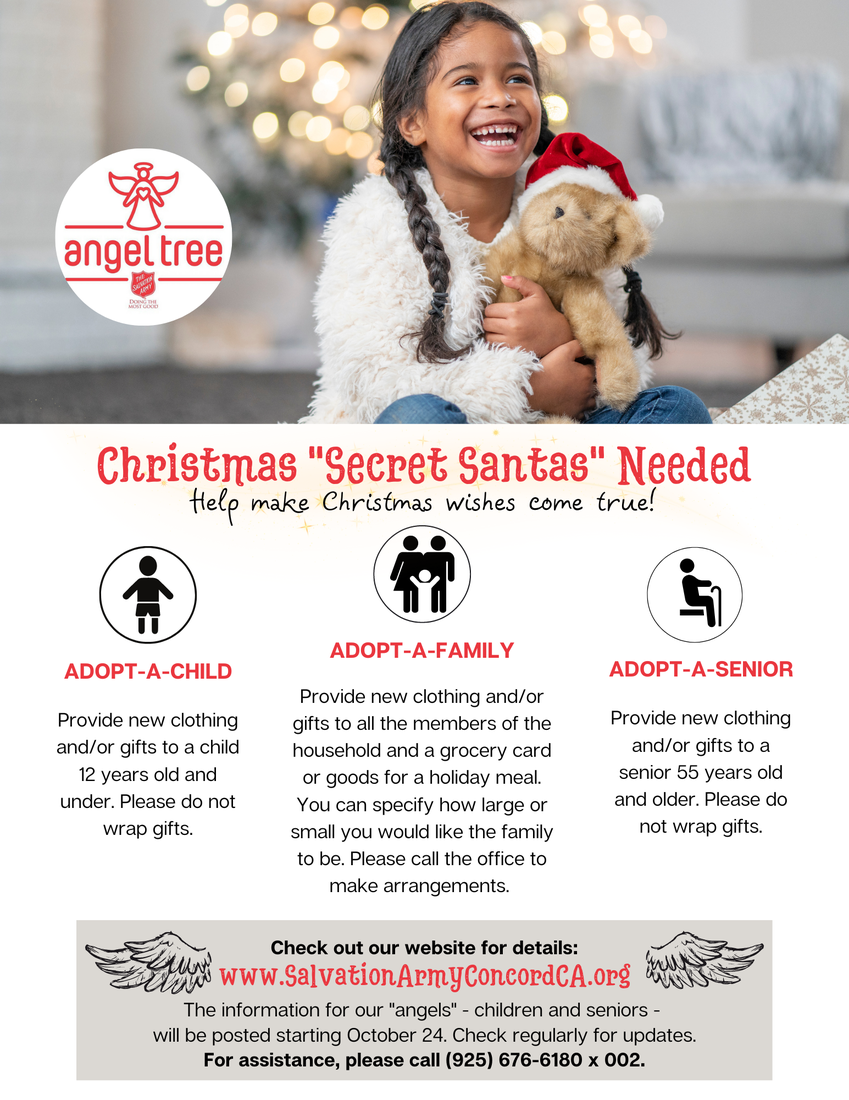 Will go LIVE on Monday, October 24. Check regularly for updates.

How to sign up for the TC’s Kettle Challenge (Traditional Kettles)
Because we’ll be tracking registration and reporting via Kettle-Web, the Corps Officer or Corps Kettle Coordinator will be responsible for ensuring that all challengers’ shifts are properly tagged with #TCKettleChallenge22 in Kettle-Web.

If you're ready to accept the TC's Kettle Challenge...

If you're managing kettles and need to tag TC Kettle Challenge shifts...

The TC is planning to sweep all three competitions! But he wants to acknowledge and recognize our top efforts.

1st Place (for each of the three categories)

2nd Place (for each of the three categories)

Plus, an article in New Frontier will feature the Top 10 in each of the three categories.

Facebook
3950 Clayton Road, Concord, CA, USA annmarguerite.jones@usw.salvationarmy.org (925) 676-6180 SalvationArmyConcordCA.org
Ben Fuller - Who I Am (Official Music Video)
Embed code is for website/blog and not email. To embed your newsletter in a Mass Notification System, click HERE to see how or reach out to support@smore.com
close