Alliance is using Smore newsletters to spread the word online.

Get email updates from Alliance: 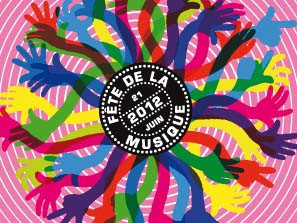 Catch the unforgettable ambiance of the Fête de la Musique at the Alliance Française de Bangalore!

Bands from Bangalore Non-Stop from 1 PM.

1h30 Treppenwitz Fairly new to the Bangalore music scene that hopes to take you through and alternative route to sonic utopia.

3h30 Altered Scales A mix of Rock and Indian Ragas and jazz without losing the soul of each genre.

4h30 The Bonkers This band brings folk music back to Bangalore – Acoustic & Folk!

5h00 By 2 Blues Blues in its original format: unembellished and acoustic, with a harmonica.

6h00 Indi Graffiti Hindi Rock Act! An amalgamation of sincere lyrics and simple yet soulful tunes with the power of rock n roll.

8h30 Ministry of Blues A Blues-Rock band that plays a genre of music that originated in the 1900s, but combines it with a distinctly 21st-century flair

9h00 Thermal and A Quarter Bangalore Rock; a sound as unique and layered as the fast-growing city of its birth.

Alliance is using Smore newsletters to spread the word online.