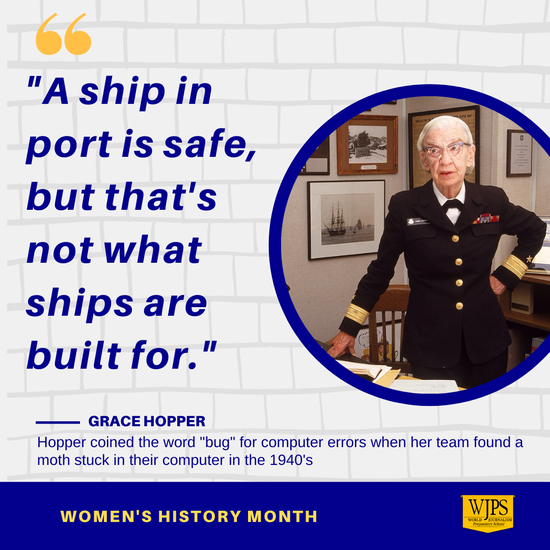 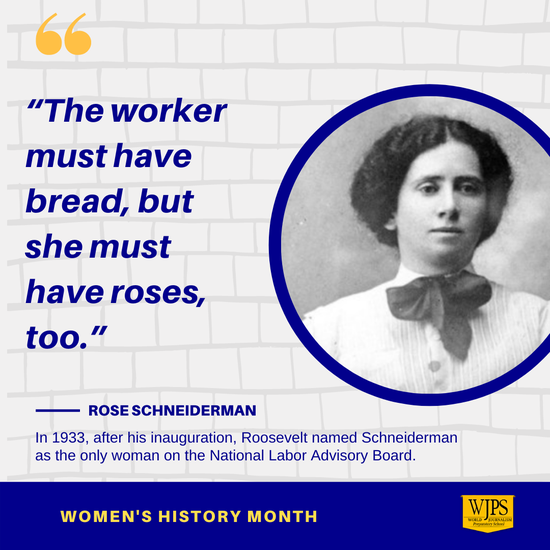 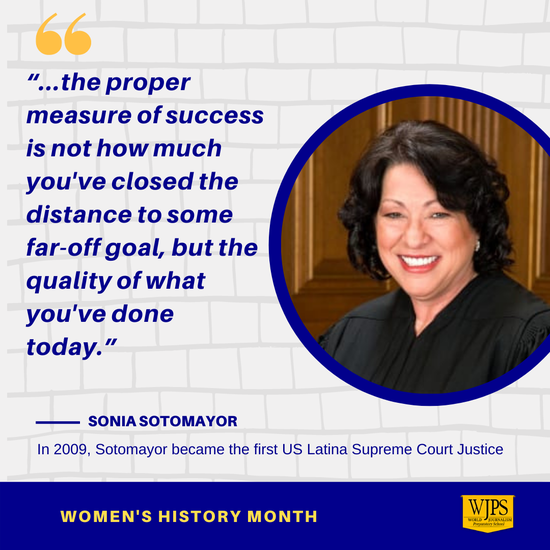 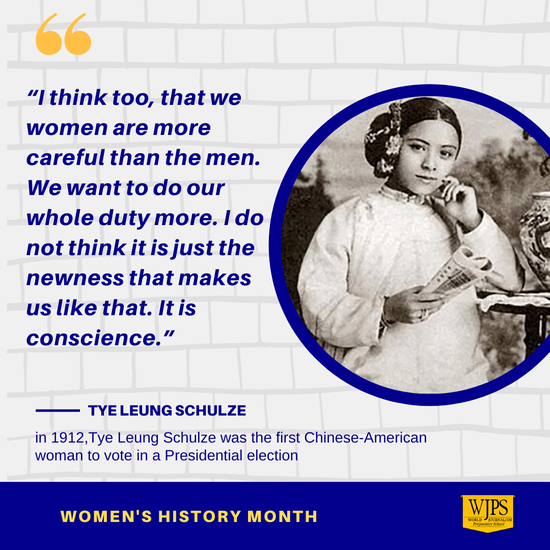 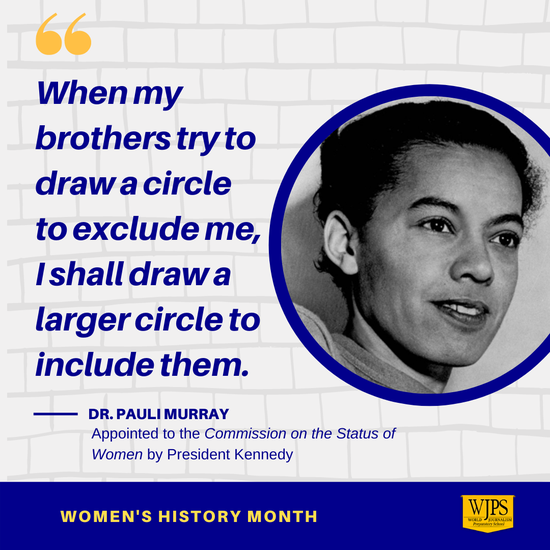 Check out our Spotify Playlist Below!

A Song for Each Day of Women's History Month!

"A ship in port is safe, but that's not what ships are built for."

Grace Hopper (1906-1992) joined the US Navy Reserves in 1942 and worked in computer programing at Harvard for the Navy. She played an important role in developing the programming language COBOL and establishing standards for computer programming. Hopper was named the first computer science "Man" of the Year by the Data Processing Management Association in 1969. She retired from the Navy Reserves with the rank of Rear Admiral. The USS Hopper, a US Navy war ship, is named for her.

Rose Schneiderman (1882-1972) a sweatshop worker in the garment district, Schneiderman became president of the NYC branch of the Women's Trade Union League (WTUL) in 1918. She was appointed as the only woman to Franklin D. Roosevelt's New Deal Labor Advisory Board.

"...the proper measure of success is not how much you've closed the distance to some far-off goal, but the quality of what you've done today."

Sonia Sotomayor (b. 1954) raised in the Bronx, Sotomayor passed the bar in 1980 and began working as an Assistant District Attorney in Manhattan before going into private practice in 1984. In 1992 she became a US District Court Judge for the Southern District of New York City, and in 1997, she was confirmed as a judge for the U.S. Second Circuit Court of Appeals. In 2009, President Barack Obama nominated Sotomayor for the Supreme Court, when she was confirmed, she became the firs Latina Supreme Court Justice in the US.

"I think too, that we women are more careful than the men. We want to do our whole duty more. I do not think it is just the newness that makes us like that. It is the conscience."

"When my brothers try to draw a circle to exclude me, I shall draw a larger circle to include them."

Anna Pauline "Pauli" Murray (1910-1985) graduated with honors from Howard University Law school but was denied admission to Harvard University for post-graduate work because of her gender. She went on to receive her J.S.D. from Yale University, the first African American to receive this degree. Murray was a co-founder of the National Organization for Women (NOW). 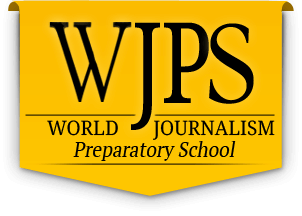 Facebook @wjpspc
Facebook has changed how posts show up in your feed, so please like a few of our posts and they will show up more often for you. Thank you!
34-65 192nd Street, Flushing, NY, USA info@wjps.org 718-461-2219 wjps.org
Embed code is for website/blog and not email. To embed your newsletter in a Mass Notification System, click HERE to see how or reach out to support@smore.com