Easter (The Resurrection of Christ)

Easter (The Resurrection of Christ)

The Story Behind Easter

Easter, or Ostern in German is the day of Jesus’ resurrection. The story behind this holiday is that when Jesus claimed to be the King of the Jews and the Son of God, the people of Jerusalem became angry, and turned him over to the Roman government, who sentenced him to crucifixion. Christians believe that He could forgive their sins only if they believed that He died on the cross specifically for their forgiveness, and were genuinely sorry for their sins. On the third day after his crucifixion, the tomb Jesus was buried in was found empty. This is the reason that Easter is the most important Christian holiday, and why churches are most crowded on Easter. The earliest recorded observance of an Easter celebration came from the 2nd century even though the commemoration of Jesus’ resurrection probably occurred earlier. Saint Bede in the 8th century believed that Easter derived from Eostre or Eostrae, the Anglo-Saxon goddess of spring and Fertility. Easter is also known as resurrection day in some christian churches.

Many celebrations are held upon the resurrection of Christ which is Easter. Easter is the most crowded day for many churches around the world because it is the most important Christian holiday. One popular celebration is coloring hard-boiled eggs with paint and food coloring. These eggs were brought into notice in the 13th Century when the church prohibited eating eggs during Holy Week, but the chickens were still laying eggs, so the people begun to paint and decorate them. Another big part of Easter is that plastic eggs are filled with candy and other items and are hidden around an area for kids to find and collect. In most christian families, the parents make up big or small baskets of presents or goodies for the kids, as part of the Easter tradition. 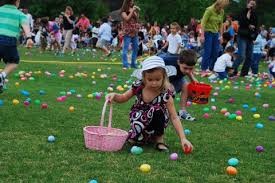 One of the most popular celebrations of Easter is the annual Easter egg hunt. Plastic eggs are filled with candy, toys, and other goods and are hidden around their houses or fields. Kids then run around with baskets trying to pick up as many eggs as possible so they can fill their belly with candy. 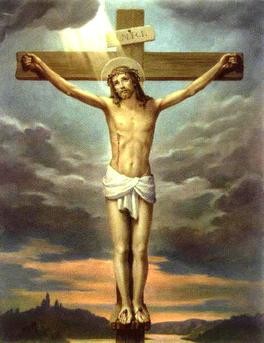 Death by Crucifixion is one of the most slow and agonizing ways to die. After being stripped of his clothes, the accused man would be nailed or tied by his feet and hands to a wooden cross. The victim would eventually die due to exhaustion, heart failure, or asphyxiation. 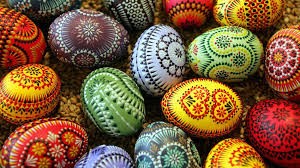 Hard-boiled Easter eggs are painted in a variety of different colors, patterns, and symbols during this holiday. Before they were painted in varieties, Orthodox Christians painted them only in red to symbolize the blood Jesus lost during his crucifixion.

That 90 million chocolate bunnies are made every year to celebrate Easter.

"Why Easter Is the Most Important Christian Holiday." About. Web. 25 Nov. 2014. <http://christianity.about.com/od/holidaytips/qt/whatiseaster.htm>.

Connect with Tyler B