braydon is using Smore newsletters to spread the word online.

Get email updates from braydon:

The sacred Land of Hawaii

The sacred Land of Hawaii

"They Took The Land They Took Aloha Overthrew The Queen Even Though They didn’t know her Suppressed Ikaika And the Kupuna Broke The Ohana But They couldn’t Take The Mana" (Mana Kaleilani Caceres). In 1893 the Island of Hawaii was overthrown. Three of the main guys that was apart of the overthrow was Minister John L. Stevens, President Grover Cleveland, and President William Mckinley. Out of three of the these guys only one supported the idea of giving Hawaii back to its rightful Queen. The other two guys had no intentions of giving Hawaii back but keeping it as a territory. 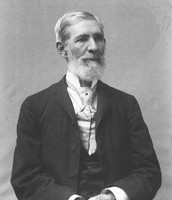 Minister John L. Stevens Was important because he played the role of the man who lead the overtake of Hawaii back in 1893. It is said that he and two other men Lorrin Thurstin and Sanford Dole were the people the conspired in over taking the queen and the Hawaiian island. When Queen Liliu'okalani tried to announce here new constitution which gave the monarchy and the population more power Minister Stevens took it as a threat that she was going to end there selling industries in hawaii. So he took the United States Navy to the 'iolani palace and force the queen to to step down from her thrown. 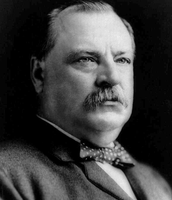 President Grover Cleveland is known for supporting the rights of the hawaiian. But the only problem about this is that he was to scared to stand up to his own words. He told Sanford Dole to give back the hawaiian land to its original ruler but the said if you want me to do that send your army and shoot me for it to be given back. He never took action because he did not want to kill no American. 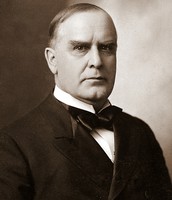 President William Mckinley is Known for signing a so call treaty that states the the people of hawaii signed over there right to the United states. But According to Ms.Everett There is no such document that exist that says us Hawaiian Sign that form. In Hawaii there is a school that is named after him, in the front of the school there is a statue that is dedicated to him. In his had he hold a fake paper that is suppose to represent that treaty. He was also the Main person that Made Hawaii a territory of the the united stated that lasted all the way from 1898-1959. In the year of 1898 He was the person that Annex Hawaii from our queen.

Back in the of 1893 the Hawaiian islands were over thrown. By who? Well the Hawaiian islands where taken over by the united states. The three men that are mention above are three people that play a big role in the over take. One of the men President Grover Cleveland was the only person that was against it. The reason why he was important is because even though he didn't want this over take to happen he didn't do anything to stop it. As for President Willam Mckinley he was all for making the Hawaii Islands a territory. It is said that he signed treaty stating that Hawaiian gave up their rights to America. But thats not true because the treaty that he claims the Hawaiian sign was never even a real thing. Then theirs Minister John L. Stevens. He is the main person that took part in this Overthrow. He was known for his conspiring against the queen with him, Sanford Dole, and Lorrin Thurstin.

braydon is using Smore newsletters to spread the word online.