ALANA is using Smore newsletters to spread the word online.

Get email updates from ALANA:

Updates from the ALANA Intercultural Board

Updates from the ALANA Intercultural Board 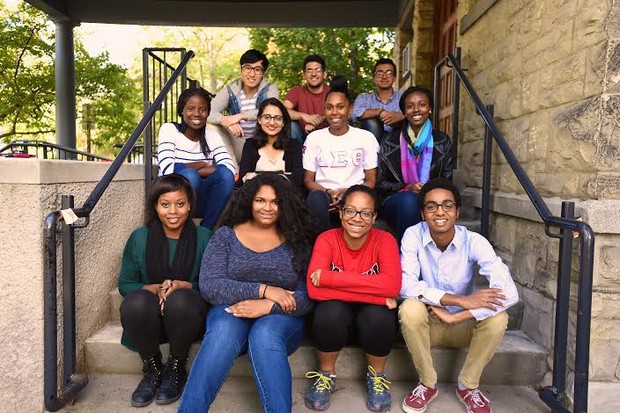 Our newsletter will be sent out weekly and will inform you of upcoming events, resources, and job and internship opportunities! Read what's new this week! 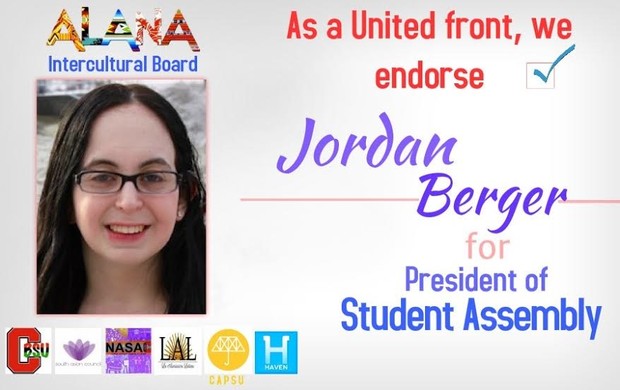 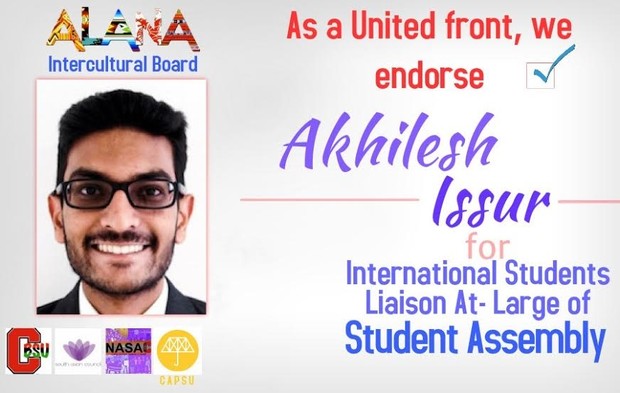 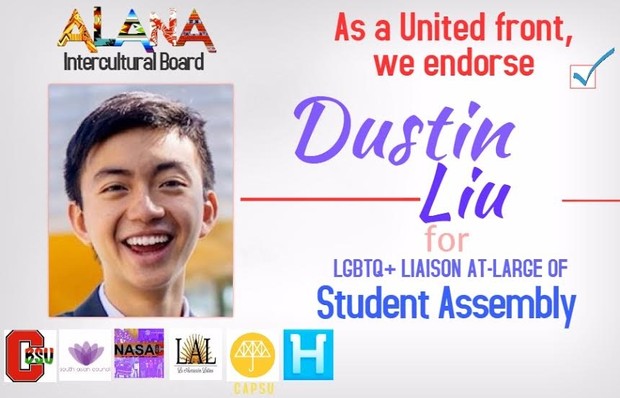 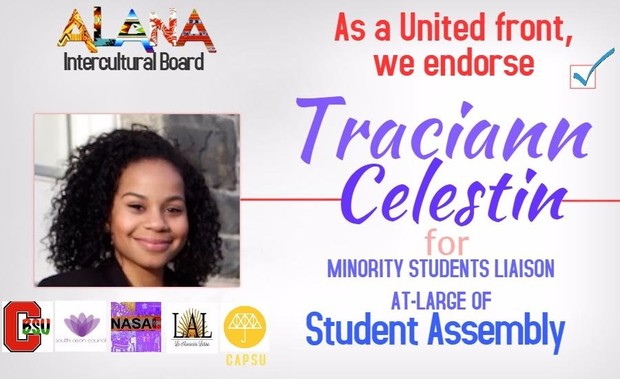 S.W.A.G. is a mentorship program geared towards increasing retention and graduation rates among Black men at Cornell University. They achieve this goal through academic enrichment, professional development, and community building. 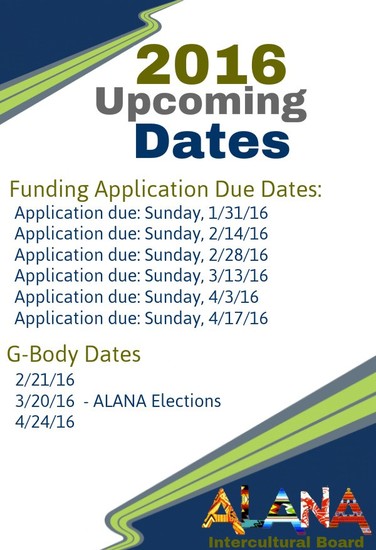 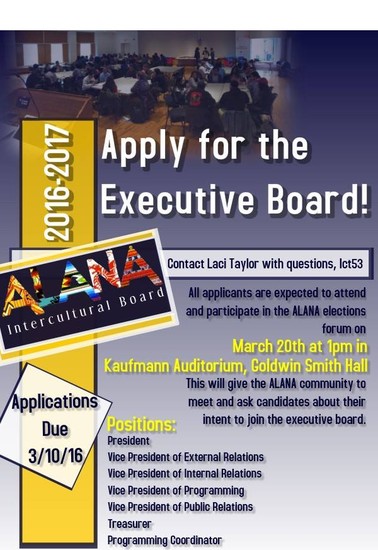 ALANA is currently accepting applications for the following positions:

All applicants are required to participate in the candidate forum on March 20th with the exception of the programming coordinator position.

If you would like to submit a question to the candidates, please fill out the submission form here:
https://docs.google.com/a/cornell.edu/forms/d/1MuQMyYdit7rRBRs_Zj04w2399my54vSYg-0-wdCUb28/edit?usp=sharing_eid&ts=56d370e5

Several decades ago, students barricaded themselves inside of WSH with the intention of securing institutions that would allow them to flourish within the confines of a predominately white university. Their courage, initiative, and vision paved the way for the establishment of the Office of Minority Educational Affairs, the founding of Ujamaa Residential College, the rebuilding of the then recently burned down Africana Studies and Research Center, and brought the topic of equality to the forefront of the experience at Cornell.

ALANA would like YOU join us as we honor the intentions of their actions by providing you with the opportunity to hold a program in WSH tied to WSH Takeover. This program can be about activism, the “progress” that your particular community has seen at Cornell, a cultural performance, or the celebration of identity or voice, etc.

We are really interested in collaborating with a wide range of diverse groups on campus! 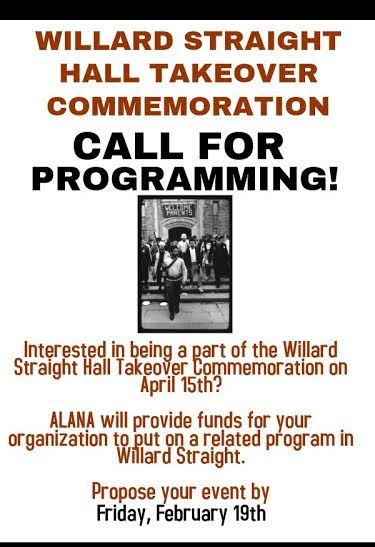 If you choose to participate in this opportunity:

• Your program must occur in WSH on Friday, April 15th

• Your program will be funded by ALANA

• Collaboration with other organizations is encouraged

If you are interested in this opportunity, the deadline to propose your program is Monday, March 14th.

Please fill out THIS form.

ALANA would like to co-sponsor a forum that we will be holding at the next SA Meeting (Thursday 3/17 from 6-7pm) called Let's Talk: Mental Health in Marginalized Communities. Join us for a discussion on mental health in marginalized communities. Discuss resources available, how they can be improved to be more inclusive, and how to better support one-another. Let's talk!

April 6th to 24th is CU IMAGE's Diversity Hosting Month! Use this opportunity to host/advertise an existing or new social event to meet prospective students, contribute the diversity of students at Cornell, and promote your organization!

The guidelines for this event are:

● Must be on a DHM Date(See Calendar Below), between 7pm and 11pm

● Must be on campus (No fraternity/ sorority houses or co-ops)

● Event must be approved by UAO before endorsement

Use this link to sign up and submit your proposal for holding the social event. In addition, submit an event flyer to cuimage@cornell.edu. The deadline is this Friday March 18th, 2015. 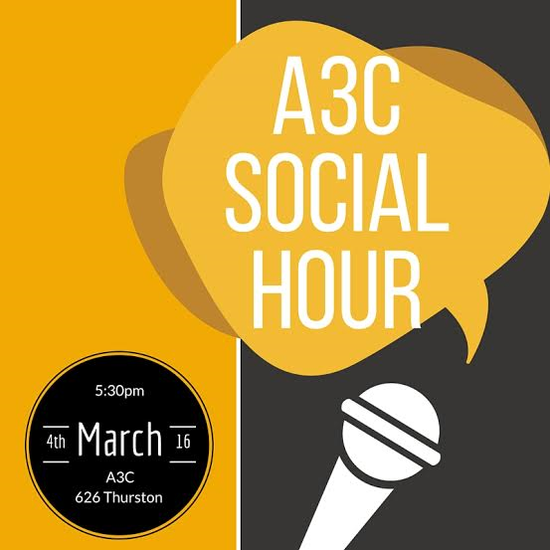 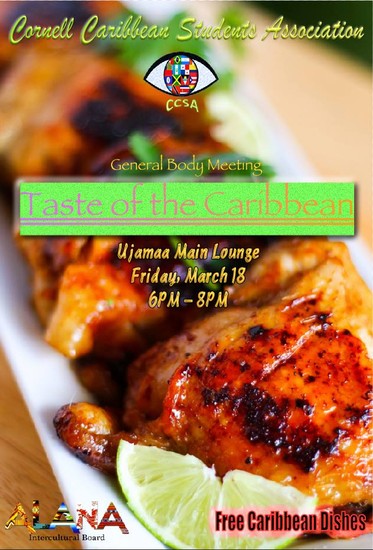 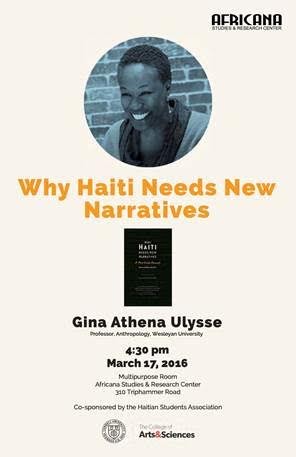 Gina Athena Ulysse was born in Pétion-Ville, Haiti. In 2005, when she became a U.S. citizen, she gave herself the name Athena. She is the middle child of three sisters – who had migrated to the East Coast of the United States in their early teens. Her family has lived somewhere around there ever since.

A feminist artist-anthropologist-activist and a self-proclaimed Post-Zora Interventionist, she earned her Ph.D. in anthropology from the University of Michigan in Ann Arbor. She is also a performance artist, poet and multi-media artist. It was during the early years of her graduate career that Ulysse began to seriously actively perform in part to pursue a childhood dream of wanting to be a singer and to ground herself and allow her creative spirit to breathe through this restructuring process that threatened to desensitize her.

Spokenword became her chosen medium. She deploys it to both explore and push the blurred border zones between ethnography and performance. She considers these works “alter(ed)native” forms of ethnography constructed out of what she calls “recycled ethnographic collectibles” (raw bits and pieces that seem too personal or trivial) through which she engages with the visceral that is embedded, yet too often absent, in structural analyses. Her ultimate aim with such works is to access/face and recreate a full and integrated subject without leaving the body behind. An interdisciplinary scholar-artist, Ulysse weaves history, statistics, personal narrative, theory, with Vodou chants to dramatize and address issues of social (in)justice, intersectional identities, spirituality and the dehumanization of Haitians and other marked bodies. With her performance work, she seeks to outline, confront and work through the continuities and discontinuities in the unprocessed horror of colonialism. Or to put it another way, Ulysse explores the complex ways the past functions in the present and is disavowed as both Michel-Rolph Trouillot and Sibylle Fischer have aptly put inSilencing the Past and Modernity Disavowed.

A dynamic performer, described by artist Evan Bissell as “a powerhouse and a whirling storm,” and historian Robin D.G. Kelley as “a one-woman aftershock” Ulysse has performed variations of her one-woman showBecause When God is too Busy: Haiti, me and THE WORLD and other works at conferences, in colleges and universities throughout the United States and internationally.

She is currently developing an avant-garde meditation, VooDooDoll What if Haïti were a Woman: On ti Travay sou 21 Pwen or An Alter(ed)native in Something Other than Fiction. (10), the first installation-performance from this work, which was curated by Lucian Gomoll, had its debut at Encuentro in Montreal in 2014. Her latest project, Contemplating Distances – explores the exchange value of black bodies in the Transatlantic slave trade and the 18th century grain shortage in Saint Domingue – was presented at the "Spaces, Scales, and Routes: Region Formation in History and Anthropology conference."

She is currently Professor of anthropology at Wesleyan University. 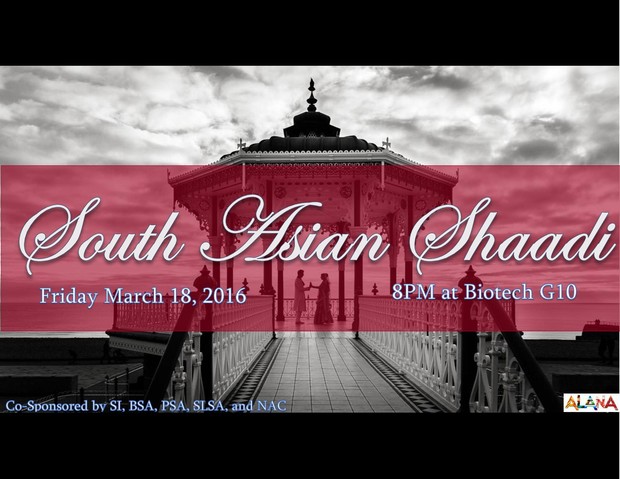 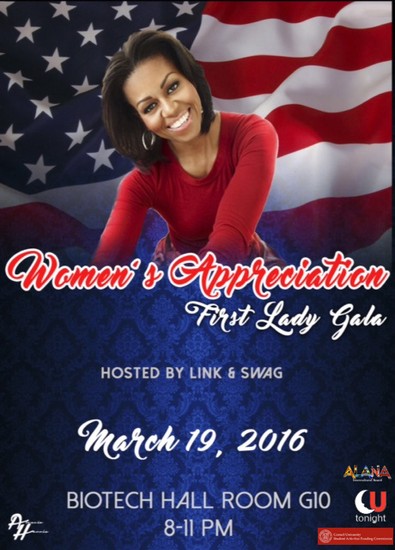 Come to the A3C this Friday evening to enjoy and share your perspective as an artist/advocate regarding issues within the social justice and/or Asian and Asian American community. We will hold an open mic; feel free to share your voice through slam poetry, song, chant, rap, etc. in a safe, open-minded space. 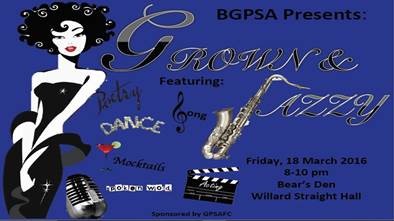 Join BGPSA for a night of entertainment in the arts featuring talent from both the undergraduate and graduate/professional student of color organizations. Performances include spoken word, poetry, stand-up comedy, dance, and much more that we hope will inspire you. Leave your cares and worries from the rest of the week at the door and get in formation (‘cuz we slay). If you or your group is interested in performing at our event, please contact us at cornellbgpsa@gmail.com.
Cornell Big Red Raas is a one of the top Indian Garba-raas teams in the entire nation. After a fantastic competition season, placing at competitions all over the country, we are ready to show Cornell what Big Red Raas is all about! This year, the theme is Mad Scientist! Will the evil scientist take over, infecting the world with Raas? Come find out on Sunday March 20th at 7:30 PM in Barnes Hall!

Tickets are only $7 and can be purchased from any team member or at raasboard-l@cornell.edu. Link to FB event is here.

Come join us for a FREE luncheon, panel, and recognition ceremony honoring leaders in the Cornell community working on behalf of women.

This year we are focusing on women in immigration and exploring issues of gender justice in the refugee crisis. The panel is comprised of professors and graduate students who have done amazing work and research in this area.

Know someone in Ithaca who has done amazing things to support and improve women's lives?

Nominate them for an award by 11:59 PM on March 8th and then RSVP to let us know you'll be there! 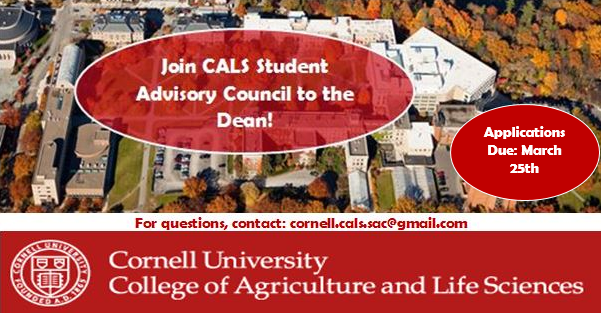 Calling all freshman, sophomores, and juniors!

CALS Student Advisory Council to the Dean, is now recruiting new members to join our council. The council is a student run organization that communicates relevant student issues to Dean Boor to better the student experience in the College of Agriculture and Life Sciences. The organization consists of several committes of students from various departments and deals with topics ranging from Funding to CALS Spirit!

To apply for membership, please fill out the following application: https://docs.google.com/forms/d/1MTh_9C4oeRsbSx3cFJacCIkZBwUNO4KhnzfoBWCksso/viewform?c=0&w=1 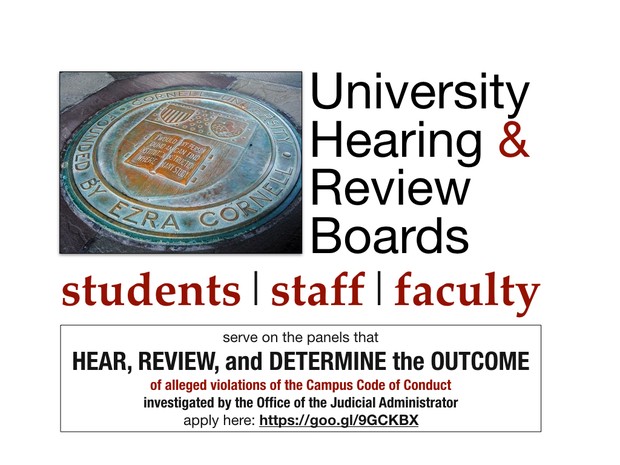 Interested in Serving on the University Hearing and Review Boards?

Applications for service are now being accepted!

The University Hearing and Review Boards (UHRB) are the pool of students, staff, and faculty who serve on the panels that hear, review, and determine the outcome of alleged violations of the Campus Code of Conduct investigated by the Office of the Judicial Administrator.

Interested members of the Cornell community should apply online by Sunday, March 20th, to be considered for the next academic year. The Codes and Judicial Committee of the University Assembly will review applications during the following week and announce their selections by mid-May.

Please see updated information on our website, and if you have any further questions, please do not hesitate to reach out to the Office of the Assemblies. 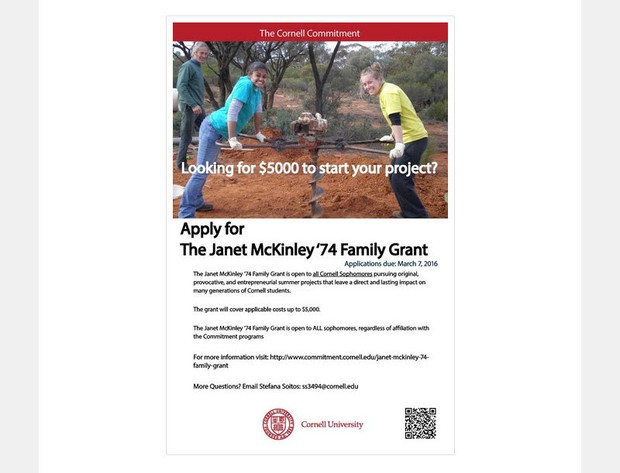 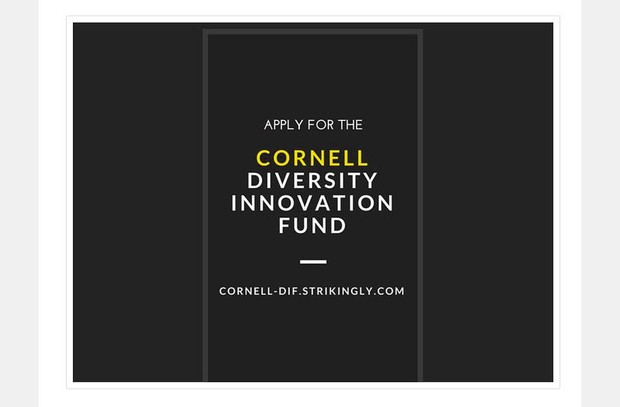 Voices of African Mothers (VAM) is a United Nation NGO started by Nana Fosu-Randall in 2004 to empower African women and girls. This summer will be the fourth time Cornell students travel to Ghana to participate in this enriching service-learning experience! The program will be a 6-8 week commitment from late June to early August. Students in the program will be participating in development and education work at VAM’s many project sites with opportunities for individual projects in virtually any desired area, including schools, hospitals, rehabilitation clinics, co-ops, and more. In addition, students in the program will have opportunities to experience Ghanaian culture and visit cultural sites. Students who apply should be self-motivated, demonstrate superior leadership and teamwork abilities. Prior international experience is not a must, but is preferred. Upon acceptance to the program, funding opportunities will be discussed. Please contact Blake Brown (btb52), Lala Xu (lqx2), or Emily Martey (ebm72) with any questions, comments, or concerns. We look forward to reviewing your applications! 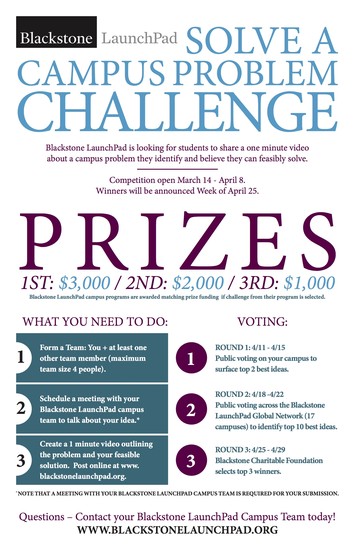 Blackstone LaunchPad is looking for students to share a one minute video about a campus problem they identify and believe they can feasibly solve.

Attached below are instructions for this competition. There are CASH prizes for winners.

The competition opens March 14 - April 8. Winners will be announced Week of April 25.

If you have any questions, contact your Blackstone LaunchPad Campus Team.

ALANA is using Smore newsletters to spread the word online.