Get email updates from Alaina: 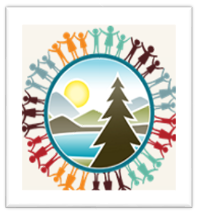 We stand in Solidarity with the Asian, Asian American and Pacific Islander community in denouncing hate attacks against Asians and Asian Americans

We know that words alone are not enough when our community is experiencing racism, hate and racist attacks. The Equity department has reached out to our AAPI community to hold listening sessions, offer support, and put plans in place to help them feel safe, welcomed, and valued within our school community.

Many of our AAPI families are concerned about sending their students to school in person, because they are fearful of racist attacks against their students. The Equity department has shared these concerns with District Leadership and is offering AAPI parent workshops on reporting incidents related to culture and identity. These workshops will also include collaboration with our Student Interventions department as well as building principals from the elementary and secondary level. Our aim is to help parents feel safe and informed.

The Equity department has also leaned into this work within our community. We are involved in a community based Equity group and Sharon Roy has helped put together a listening session and speakers to address AAPI racism and racist attacks.

As educators, we have provided resources below for you to support your students in acknowledging and processing AAPI racism. You play a critical role in helping students feel safe and a sense of belonging at school and that requires that all of our students lean into these conversations.

*The Equity Department was part of the development and creation of a community group called, The Issaquah Equity and Inclusion Community Group. This group meets weekly and continues to be supported by staff from Issaquah's Equity department.

The Issaquah Equity and Inclusion Community Group hosted a listening session this week called Voices of Change, Listening session with Asian Americans and Pacific Islanders (AAPI) in the United States. The grassroots group has representatives from throughout the City of Issaquah and people that live within the Issaquah School District boundaries. The mission of this Group is to activate community members to celebrate and champion diversity and equity, creating a sense of belonging for all who choose to live, work and visit our community.

The meeting of about 50 people started with some group norms and some level setting. Helen Wong from Chinese Information and Service Center (CISC) presented some real time statistics of Asian Hate Crimes in the Eastside area, Bellevue specifically. She shared that statistically Asian women are targeted more than men and typically the displays of racism occur during the day. The audience also listened to three people in the Issaquah School District community share their experiences beginning from a year ago when Covid-19 emerged in our nation. We heard stories of racism and anger directed toward people that did not cause this virus and from parents concerned for their children’s safety. At the closing, resources were shared.

Resources from the listening session:

Passover is the major Jewish spring festival which commemorates the liberation of the Israelites from Egyptian slavery. Passover is also called Pesach and is celebrated on the 15th day of the Hebrew month of Nisan. Pesach is observed by avoiding leaven, and highlighted by the Seder meals that include four cups of wine, eating matzah and bitter herbs, and retelling the story of the Exodus. The first, second, seventh and eighth days of Passover are celebrated as Yom Tov, holidays, capping the weeklong celebration that begins with the first Seder.

Holi, the festival of colors, welcomes the spring season. It is celebrated by Hindus, Sikhs, Jains, and others throughout the world. It is also sometimes called as the “festival of love” as on this day people get to unite together forgetting all resentments and all types of bad feeling towards each other.

Holy week is the week before Easter. It starts with Palm Sunday, commemorating Jesus’s entry into Jerusalem. Maundy Thursday (April 1) focuses on the last supper Jesus had with his disciples as well as his arrest and Good Friday (April 2) focuses on the crucifixion and death of Jesus. These are two very religious observances in the Christian community. Many Christian cultures have different traditions to celebrate this important period.

Easter is called Resurrection Sunday or Pascha (Aramaic) is significant in the Christian faith. It celebrates the resurrection of Jesus from the dead, the hope of salvation, and Christians believe it solidifies that Jesus is the son of God.

Islamic tradition states that it was during Ramadan, on the “Night of Power” (Laylat al-Qadr)—commemorated on one of the last 10 nights of Ramadan, usually the 27th night—that God revealed to the Prophet Muhammad the Qurʾān, Islam’s holy book, “as a guidance for the people.” For Muslims, Ramadan is a period of introspection, communal prayer (ṣalāt) in the mosque, and reading of the Qurʾān. God forgives the past sins of those who observe the holy month with fasting, prayer, and faithful intention. Able bodied Muslims who’ve reached adolescence uphold the fast.

Students aged 9 and above may be fasting from sunrise to sunset. Muslim students may not be able to participate in school celebrations that involve food. Staff should provide alternative activities and accommodations, as necessary. For example, PE teachers should not penalize students who do not participate in activities or fulfill regular PE tasks

during the day as they cannot eat or drink, but maybe provide alternative activities to be completed at home after breaking the fast. Monitor students for overheating or dehydration in excessively hot weather after recess, PE or sporting events. Young adults may be weak or tired from fasting. Children may be more tired since they may have been woken up to pray or eat. Allow students an alternative place for lunch (library or elsewhere).

Ridván meaning “paradise” starts on April 20th, the First Day of Ridván Festival and ends on May 1st, the Twelfth Day of Ridván. Baha’i teachings refer to this 12-day period every spring as “the King of Festivals,” because it marks the anniversary of the declaration of a new religion in an earthly paradise of a rose-scented, birdsong-filled garden. That garden, named Ridvan by Baha’u’llah, witnessed the birth of the Baha’i Faith, the world’s newest independent religion, in April of 1863.

Rama Navami is a spring Hindu Festival that celebrates the birth of Lord Rama. The word “Rama” literally means one who is divinely blissful and who gives joy to others, and one in whom the sages rejoice. Depending on the region and sect, the festival can be celebrated for 9 to 10 days. Celebrations vary from bhajan programs (devotional songs) or pujas (worship ritual). Some Hindus may fast.

To ensure families have access to information regarding their students education, please review the tips and considerations document Lorna, Wenli, Ina and Francisca have put together. It provides information on a variety of ways to translate information as well as when information needs to be translated. *Check this resource out!

Lame, hysterical, moron, ghetto, gyp, and uppity are just a few words that perpetuate stereotypes or are racially insensitive given their historic origins. Some of the other words or phrases that anti-racists may reconsider using including Peanut Gallery, Grandfathered In, Sold Down the River, Long time no see and Eenie Meenie Miney Mo. How some words or phrases are used also matter since they are often racially coded with negative stereotypes and racial implications.

Given that many of these words are so ingrained in our language use, it may be a while before we can eliminate them from our vocabulary. Individuals must recognize the impact these words may have on others as part of inclusive and anti-racist behaviors. We must recognize the impact such words have on others in our community by educating ourselves and gaining an awareness and knowledge of the meaning of the words and phrases we commonly use. The choice of words may not have be intentionally used to cause harm, but harm will be caused. Intention does not matter, impact does.

By a deeper understanding of the origins of the terms, we can retrain our brain on using such insensitive and racially derogatory words and phrases. Education is the first step.

As educators, we need to be prepared to talk with students about crisis or events that happen in our schools, district, community, nation, and world. While these conversations are difficult, may create anxiety, or can leave us with no lived experience from which to draw, we must still forge forward and have the conversations.

In the event of a crisis, all of us feel the pressure of responding to events in real time, and doing so in a thoughtful and healing manner. Remember, the most important factor is not remaining silent. Our students do not expect perfection. Acknowledging that something has happened and listening are often all our students need.

In the event of a crisis, remember that you have been given training on how to handle these conversations. You have had professional development from Dr. Caprice Hollins and the Equity Department. You can access resources on the Equity Staff Hub page. Remember, the same approach in past crisis often applies to current crisis. There is no perfect script or lesson plan. Our students simply need you to show up, acknowledge what has happened, and listen. YOU are enough.

*Please see below for a myriad of resources we always have on hand to help support you in a myriad of situations pertaining to equity and diversity.

Equity has a Staff Hub website. Please go the website to look for helpful resources and materials. You can click on this document to take you to the site.

The Equity department has a diversity and family partnerships site. This site is full of helpful resources and materials. You can click on this document to take you to the site.

The Cultural and Family Partnership Page has helpful resources for families around remote learning(English, Spanish and Chinese),New Families to ISD connection meeting dates and a List of Family Partnership events that support parents. Check it out!

Follow Alaina Sivadasan
Contact Alaina Sivadasan
Embed code is for website/blog and not email. To embed your newsletter in a Mass Notification System, click HERE to see how or reach out to support@smore.com