Get email updates from Belle: 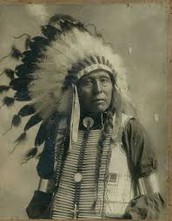 The story The World on the Turtle's Back told of the Iroquois way of life a traditions. The Iroquois tribe was founded between 1570 and 1600

The Way to Rainy Mountain- N. Scott Monaday told of Native American Roots and the Kiowa

Native American literature showed me first hand about how the natives lived and what their values were. The majority of the stories had morals and showed how the Native interpreted the world. The Native Americans lived very different lives then we do today, their value of nature and why things came to be greatly vary from ours. Seeing Native culture form their point of view was very enlightening and it expanded my horizon.

The story Of Plymouth Plantation told of William Bradford and the pilgrims journey to American and the struggles they encountered. Bradford forged alliances with local Native American tribes. 1590-1657

The Puritan and Colonial stories especially the one written by William Bradford helped the reader understand how difficult it was for the pilgrims and showed real-life encounters with the Natives. The Crucible, not only showed what the daily life of a Puritan entailed but also how much order was needed. 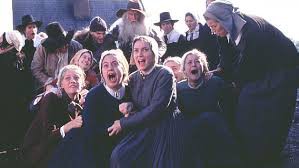 In 1776 the American colonies declared independence. Thomas Jefferson, Benjamin Franklin and John Adams together drafted the Declaration of Independence from British rule.

The Autobiography by Benjamin Franklin tells of Franklin pursue to become perfect and live a perfect life. 1706-1790

In the Declaration it shows how determined the founding fathers were to be free and live in a well governed country. The Autobiography depicts how difficult it is to follow a plan to reach a goal. Even Franklin, who was a very talented man, struggled to reach his goal. 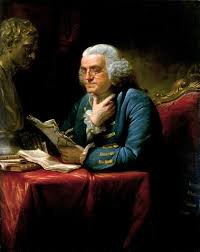 In 1835 Emerson, Thoreau, Margaret Fuller, and others formed the Transcendental Club

Nature by Ralph Waldo Emerson tells of natures healing powers and it reflects our emotions.

Civil Disobedience by Henry David Thoreau speaks of how a controlling government is not a good thing and people will power tend to not make moral distinctions.

The Fall of The House of Usher by Edgar Allan Poe, reflected on the darker side of life. It showed that given the circumstances people revealed there true evil natures.

The Romanticism period was a time of exploration, in Nature Emerson explored nature and thus explored himself emotionally. He showed that sometimes in the hight of a busy life you need to slows down. I loved reader Emerson's poems because I love nature and it made me think about life and exploration. During this period democracy was flourishing and people felt very optimistic, yet slavery, and mistreatment of workers were still in place. In Civil Disobedience, Henry David wrote about rebelling from the government and staying true to you morals. As some writers reflected the optimistic side of life, Edgar Allan Poe wrote about the darker side in The Fall of the House of Usher.

An Occurrence at Owl Creek Bridge, is a nonfiction about a man who gets hanged during the civil war.

This is the age of Civil War and Freedom. Before the Emancipation Percolation, former slaves wrote about their lives and tried to inform people what had happened to them. These stories showed me what i was like to be a slave during this period. Walt Whitman told of the freedom of American and the working class. 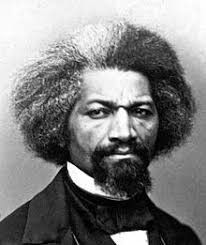 The Notorious Jumping Frog of Calaveras County by Mark Twain was a humorous story of Jim Smiley and his experiences of betting.

This era is post-Civil War period and people saw the nation reunited and transformed. The transcontinental railroad was built, and the "Gilded Age" began. Mark Twain regionalism and local color writing became very popular. I really enjoyed reading Mark Twains story because it was funny and different from the majority.

Jazz Age was at large in the 1920's. The 19th Amendment gave women the right to vote and thus caused the emergence of the flappers. Prohibition lead to speakeasies and to large parties. New ideas emerged and threatened traditional ideas.

During the Jazz Age, F. Scott Fitzgerald wrote The Great Gatsby, a story of a young man trying to make it in chaotic New York and win the heart of a prestigious married women. I love The Great Gatsby and reading it gave me more insight on how hard it is to fulfill your dreams and how sometimes life does not turn out how you want it to.

Harlem Renaissance began in 1916 and continue throughout the 1920's and came to be the known as the Great Migration. Millions of black farmers moved to Harlem, New York. The National Urban League worked to promote equality for African Americans. This story showed how real racism was and how families struggled.

A Raisin in the Sun, a play by Lorraine Hansberry, tells of a struggling black family in Chicago trying to make their lives better. 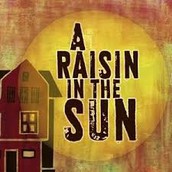