kira is using Smore newsletters to spread the word online.

Get email updates from kira:

what are polar bears?

Polar bears are the biggest bear. Polar bears live In the Arctic in areas where they can hunt seals at openings in the sea ice called leads. There are five nations with polar bears. Alaska , Canada ,Russia ,Greenland, and Norway. Polar bears do not live in Antarctica. A polar bear has a double coated fur .The fur is all white.under there white fur is black fur. 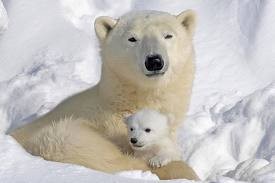 Polar bears are the first species to become endangered because of global warming.

Peoples kill polar for mats clothes and all kinds for stuff.Hunters kill polar bears for money.

kira is using Smore newsletters to spread the word online.