Calvin is using Smore newsletters to spread the word online.

Get email updates from Calvin:

In The Lord of Opium by Nancy Farmer

In The Lord of Opium by Nancy Farmer

"She looked like a small black thundercloud ready to spit lightning..."(Farmer 394).

This is a simile because the simile is comparing the character to a thundercloud, and it uses the word like, so it isn't a metaphor.

"The intensity of her rage reached through the portal, and Matt, in spite of knowing he was safe, took a step backward" (396).

This is personification because because the intensity of the character's rage has been given a human characteristic. 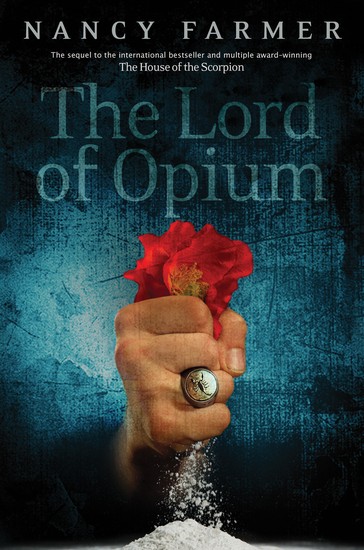 "I have to make them wash perfectly clean floors over and over again. It's enough to make you run barking" (74).

This is an idiom because the saying isn't supposed to be taken literally, and to run barking means to go crazy.

"He felling a deep sleep and only stirred when he heard a strange noise: Bub-bub-bub-bub-bub. A sharp voice said 'You take that out of your mouth, Mbongeni" (127).

This is onomatopoeia because it is a word made from the sound it is meant to create.

"You wouldn't like what we found, Chacho. It was full of big, horrible spiders. 'I saw one,' Fidelito said. 'It wanted to bite me.' 'Ha! That was a baby,' scoffed Listen. 'The ones I saw could eat a rat for breakfast" (267).

This is a hyperbole because Listen is exaggerating to sound tougher because one of the older boys was scared of a spider. A hyperbole is an extreme exaggeration.

Calvin is using Smore newsletters to spread the word online.