Karrie is using Smore newsletters to spread the word online.

Get email updates from Karrie:

"Together We Learn, Lead, and Succeed"

"Together We Learn, Lead, and Succeed" 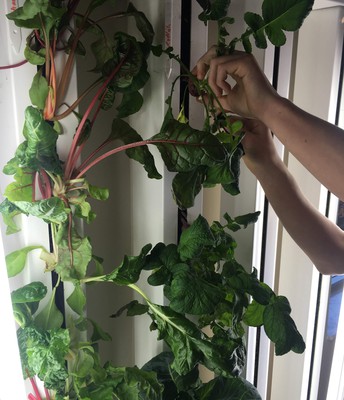 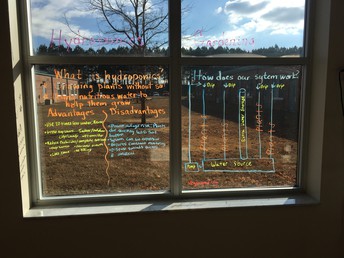 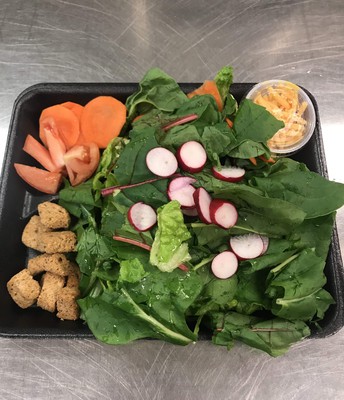 Members of the EWMS Slippery Southern Snakes Envirothon team presented to the Wilkes Soil and Water Board on February 10th. This team is participating in the State Envirothon Service Learning competition which involves completing a project and presenting their work to a local organization. The students obtained a grant for a hydroponic system, operated the system for several months and created a window writing display sharing their knowledge gained with the student body. The final project will be submitted to the NC Envirothon judges in Early March. Team members include Mackenzie B. , Owen C., Ty F., Valerie S., and Nora S.. 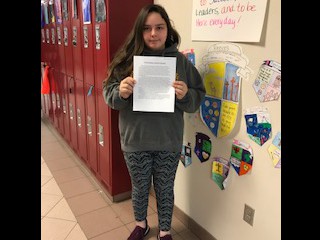 On November 18th, East Wilkes teachers and staff hosted a pinto bean supper to raise money for the Reading Plus program. 6th and 7th grade students have been using a free trial of this program and really love it!

Not only did we provide a delicious meal, we had a silent auction for theme baskets and home-baked goodies. Also, we had live music courtesy of Crabgrass Bluegrass Band with Owen C. accompanying on the mandolin.

We had a great evening and want to thank everyone who gave of their time, donated items and cash, and just helped to make it a successful fundraiser! 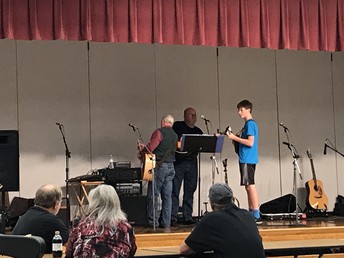 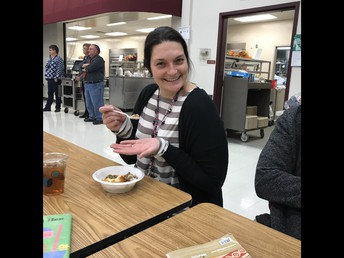 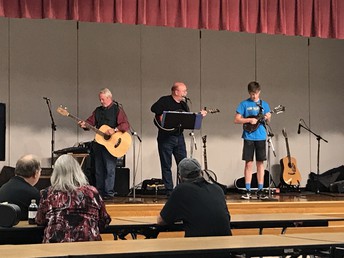 Scorpions Win The Superbowl For The Second Year In A Row! By: Brayden Miller

East Wilkes Middle were the 7th and 8th Superbowl champions of the Blue Ridge Football League. East played the game against Ashe County. This year we had a new coach and we had a new practice schedule. We started practice in April with spring ball, then over the summer we had two workouts a week. Our first game was against Alleghany and that was the only loss we had this year. We had a very good regular season. We were in a three way tie for first place with Ashe and Alleghany. Our first round play off game was against Alleghany and we beat 28-16. During the game, we had 239 rushing yards. Kaden Royal rushed for 135 yards on 10 attempts and caught two passes for 16 yards.

We then moved on to the Superbowl. The last week of practice was one of the best! Everyone's head was in the game and we wanted to show who we are. We won against Ashe with a score of 36-20. We had the best season yet with our group and hope to continue that in years to come. The 8th graders in this group were as follows Zac Helms, Tyler Corona, Kaden Royal, Hayden Phillips, Makinley Norman, Preston Sturgill, Bailey Grubb, Landon Carswell, Alden Kraemer, Tristan Alkire, Brayden Miller, Riley Cannon, Jonathan Hanlin, Chris Carson, Isaiah Edwards, Justin Caudill, Devin Paradis, and Darius Edwards. Our coaching staff was head coach Travis Walker, Assistants Andrew Nance, Quincy Lineberger, Jeff Mickel, Alex Royal, Edgar Cortez, And Cody Lovelace. 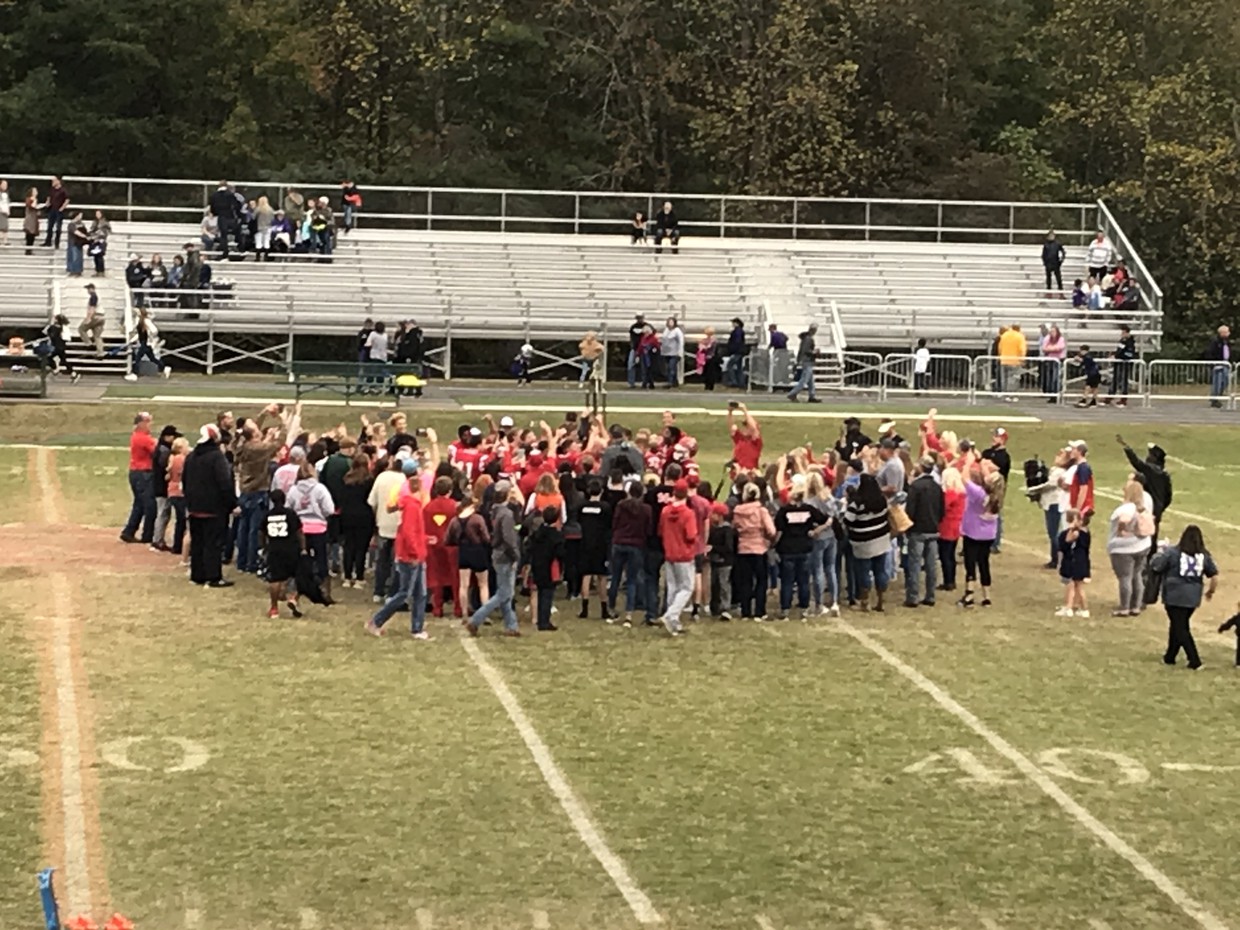 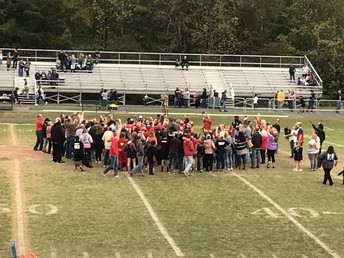 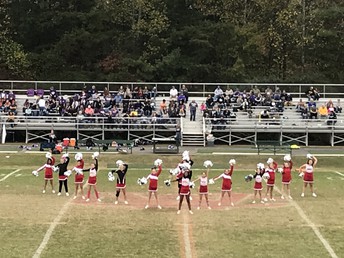 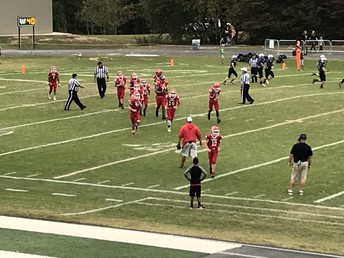 We are off to a great start this year and we have almost completed the first quarter. Time sure does fly! Keep checking back to our newsletter for great pics and articles showing the wonderful things our Scorpions are doing!

7th graders visited Allison Woods Outdoor Learning Center, an outdoor facility that uses both land and water as a classroom, on October 9 and 10. The students were able to take a hike through the forest and learn about the environment. They also were able to watch a live mortar being shot, then discuss how math is involved. Seeing the turtle dogs and learning about the eastern box turtle was also a highlight of the trip. 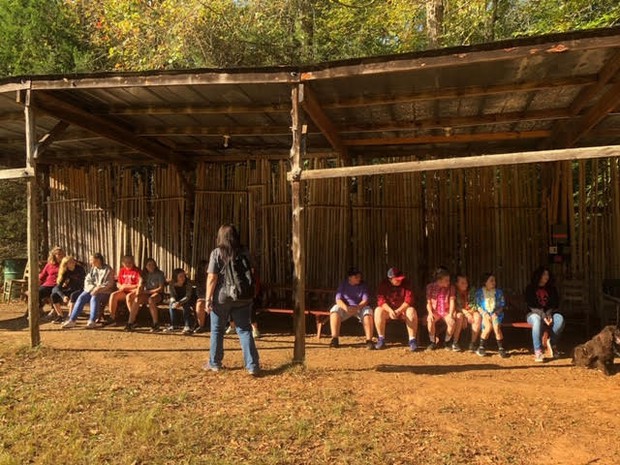 Congratulations to the following students for being chosen to participate in North Carolina Middle School Honors Chorus:

These students will perform in a concert at the Stevens Center in Winston-Salem on Sunday, November 10 at 1:30 pm.

On Tuesday, October 8th, the 8th graders visited the WECHS. They were greeted by Mrs. Shepherd and Dr. Cox then students from the WECHS led our groups on a tour of the classrooms. Students participated in some of the classes and were given the opportunity to ask questions and see, firsthand, how things work. Many students are excited about this opportunity and look forward to the application process!

Karrie is using Smore newsletters to spread the word online.

Follow Karrie Combs
Contact Karrie Combs
Embed code is for website/blog and not email. To embed your newsletter in a Mass Notification System, click HERE to see how or reach out to support@smore.com
close