Joyce is using Smore newsletters to spread the word online.

Get email updates from Joyce: 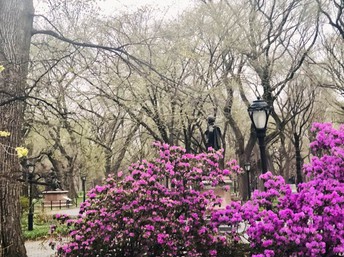 Ramon de Oliveira has already lived a Chinese proverb, having spent his youth in interesting times. Much of his path began in the late 1970s, more than 43 years ago. De Oliveira, like many other young people at the time, was trying to make a name for himself in investment banking and similar services. For him, the line between investment securities and trading sales became increasingly blurred. He found himself fully immersed in equity markets, as well as fixed income positions and similar assets. This period of de Oliveira's career lasted till the 1990s.

This particular phase of de Oliveira's career lasted until the 1990s. From the late 1980s to the early 2000s, de Oliveira worked for JP Morgan, one of the financial world's powerhouses. In this regard, he landed a senior position as the section's lead executive for Investment Management and Private Banking. During this time, de Oliveira rose to professional prominence and was appointed to the JP Morgan executive committee. This put de Oliveira in a prime position to be part of the negotiating team that handled JP Morgan's transition to its current owner, Chase Manhattan Bank. De Oliveira was also instrumental in the acquisition of a significant stake in the American Century mutual funds group. Despite this, he made time for the arts and participated in community service. His contribution was so significant, particularly with the establishment of the Louvre Museum Foundation, that de Oliveira was awarded a knighthood by the French government, specifically the Chevalier des Arts et Lettres, an honor reserved for individuals who make outstanding contributions to their communities and the French country as a whole.

Joyce is using Smore newsletters to spread the word online.

Follow Joyce Xafa
Contact Joyce Xafa
Embed code is for website/blog and not email. To embed your newsletter in a Mass Notification System, click HERE to see how or reach out to support@smore.com
close