Welcome to the Skidmore College Dance Department! We are so happy to have you here and I know I can speak for all the faculty and staff in the department when I say that we are eager to start a productive and rewarding academic year with you. I want to send a special welcome to our new first year students and people who are just joining our department for the first time. We are thrilled to have you as a part of our dance community and we look forward to getting to know you and dancing alongside you!

As you are browsing through the newsletter below, please take note of our Dance Information Meeting happening THURSDAY 9/8 in our dance theater. This will be our first in-person meeting in two years and it will be wonderful to share the space together for this event once again. Also, please take note of the performance workshop auditions starting WEDNESDAY 9/7 and our guest artist residency auditions happening at the end of the month.

As we start this first week of class I would like charge us all (faculty, staff, and students) with one task... As you are in class or in the hallways of our buildings, consider saying hello to someone new or offering a compliment to someone in class/studio who you don't know well. Culture is something that is created, so let's start off the year with an extra effort to build a community rooted with inclusion and respect to ALL people who come to dance in this department.

I am so excited to see you all in person this week and I wish you a wonderful first week of classes. LET'S DANCE!

Associate Professor and Chair of Dance

Please join us for our annual Dance Information Meeting on Thursday September 8th @ 7:30pm in the dance theater. This meeting is open at ALL students interested in dancing at Skidmore! Please join us and meet the faculty, learn about upcoming events, and find out ways to get involved in the department. We look forward to seeing you!

Performance Workshops are audition based courses that culminate in a performance experience in the faculty concert at the end of the semester. Auditions will happen during the first class period of the semester. While not all dancers are cast each semester, all are welcome to attend! Auditions are wonderful experiences that help us to grow and evolve as artists and we encourage you to engage in this process. Casting will be announced at the end of the first week of classes. Performance workshop auditions happening for the Fall 2022 semester are as follows:

*This piece chronicles the true story of 23 year-old M’s journey from Tokyo to NYC in the early 70’s. Threads include Japanese traditional culture colliding with modern hopes and the symbolism of the senbazaru or the 1,000 paper cranes. Over time, I will divulge more of M’s story as the dance unfolds. At the audition, I will introduce myself and why I’m creating this piece. We will play with a few phrases from the dance to taiko music. Even though this is a Japanese-centered cultural story, specific to my family, all ethnicities and backgrounds are encouraged to audition. The audition will run like a rehearsal beginning with ensemble work, warm-up, learning and demonstrating phrases then ending with a cool down. I am looking for 7-10 dancers for the ensemble and 4 named characters. You will need comfortable clothes and bare feet.

* This will a contemporary ballet piece. Pointe shoes are NOT required for this audition

*Erika Pujič’s DM 393B: Modern Performance Workshop is for all levels and backgrounds to come together as a community to create a new work together.

**The Faculty Concert will be held on November 18th and 19th 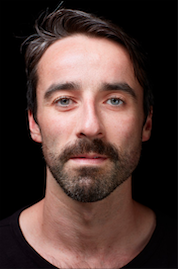 BRIAN LAWSON is a dance performer and educator who began dancing in Toronto, Canada. In 2005, he spent a year at Codarts in Rotterdam and subsequently began his degree at SUNY Purchase. While studying, he performed with Douglas Dunn and Dancers and as a supplemental dancer for the Mark Morris Dance Group. He graduated summa cum laude from Purchase in 2010 with a B.F.A. in dance performance and received the President's Award in Modern Dance. He became a member of the Mark Morris Dance Group in 2011 and had the great pleasure of touring the United States and the world performing Morris' dances. Brian left MMDG to earn his M.F.A. from the University of Washington, where he graduated in 2020. Since graduating he has been on faculty at Cornish College of the Arts.

Lawson enjoys teaching dance to diverse populations and has given masterclasses at Purchase College, NYU Tisch, and the American Dance Festival among others. Recently he partook in the Merce Cunningham Trust's event, Night of 100 Solos, and subsequently became a certified teacher of the Cunningham technique. Currently he is a member of Pam Tanowitz Dance. 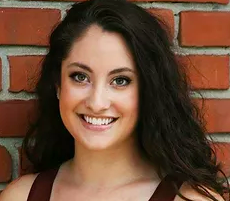 Frankie Soldevere (she/her) is an Upstate New York-based dance educator, choreographer, and scholar. She holds a Master of Fine Arts in Dance from SUNY Brockport and a Bachelor of Arts in Dance from Dean College where she was the 2016 recipient of the Board of Trustees Prize for the Joan Phelps Palladino School of Dance. Her legacy lives on at Dean College as the Founder and President of Loose Screws, the Dean College Tap Team. She has performed with Ryan P. Casey’s Off Beat Tap Company in their 2016 regional tour of “Unbound: a rhythmic romp through classic literature,” The Boston Tap Company, and Dropkick Murphys.

Frankie’s philosophy of teaching values rigorous musical and rhythmic engagement, improvisational play, sound technique of footwork and terminology, and the passing of tradition through historical tap dance repertoire of past and present. Her most recent scholarship examines the ways that the Euro-centric Hollywood entertainment industry of the 1930s-1950s misrepresented black vernacular tap dance on film, and what that means for tap dance as it exists on television and social media today. Currently, Frankie is on faculty at Playhouse Stage Company, SPAC School of the Arts, and travels nationally to set choreography, teach master classes, and adjudicate for StarQuest Dance Competition. 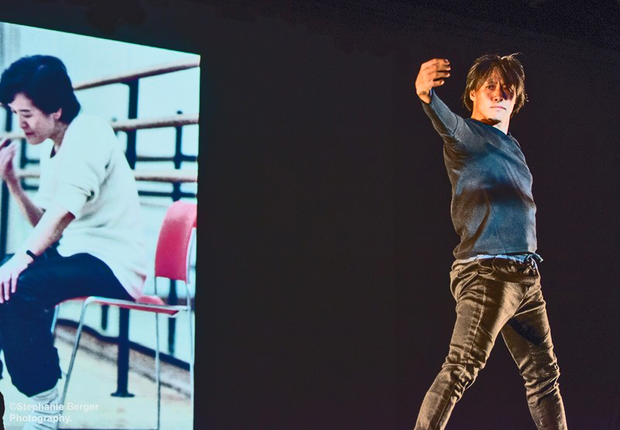 Auditions for Mr. Ueyama's workshop will be held on Saturday Sept 18th from 10am-12pm in Dance Studio 2, followed by a rehearsal from 1pm-5pm if you are cast. Additional rehearsals during this guest artist intensive will be held Monday Sept 19th through Friday Sept 23rd from 6pm-9pm. Mr. Ueyama will also be engaging in master classes throughout the department during his residency. Stay tuned for updates!

Born and raised in Tokyo, Japan, Takehiro “Take” Ueyama moved to the United States in 1991 to study dance at the Juilliard School in New York City. Upon graduation, he was invited to join the Paul Taylor Dance Company, touring the world with them for 8 years.

In 2003 Ueyama debuted his first choreographic work, Tsubasa, performed with fellow Taylor dancers at the McKenna Theatre at SUNY New Paltz, NY, and in 2005 founded TAKE Dance. He has performed repeatedly as a guest artist with with Kazuko Hirabayashi Dance Theatre. His television and film credits include PBS’s Dance in America series (with the Taylor Company), Acts of Ardor, and Dancemaker, a film by dancer/choreographer Matthew Diamond.

Having been a baseball player in Japan before fully committing to dance, Ueyama’s work blends both eastern and western sensibilities. Containing both powerful athleticism, as well as traces of his Japanese heritage by employing delicate gestures, his repertoire has been inspired by the beauty in nature, the duality of darkness and light in the universal human condition and the humanity and compassion in day-to-day living. These elements, combined with his various partnerships and collaborations with artists of other genres, lend diversity to movement, music and subject matter. Described as both sensitive and exciting, Ueyama’s choreography ensures a place for the heart on any stage it appears, a feast for the eyes, mind and soul; it is uniquely, “TAKE”.

In 2005 Ueyama’s ‘s work, Sakura Sakura was a prizewinner at the International Modern Dance Choreographic Competition in Spain, and he was one of four choreographers selected for 2006 Free to Rep at FSU’s Maggie Allesee National Center for Choreography. In 2010 he was the first choreographer to win the S & R Foundation’s prestigious Washington Award. Ueyama received the 2015 Jadin Wong Award for Emerging Asian American choreographer by Asian American Arts Alliance.

Dr. Avery is a specialist in dance physical therapy. A dancer herself, she understands the importance of you staying on your toes while tending to your unexpected injuries. She has on campus hours, and her office is just a short distance if you cannot make the onsite hours. Although In Motion does not participate with insurances, she is offering Skidmore Dancers a discounted rate of $30 per half hour session.

On campus appointments are upstairs in the Dance Theater on Fridays from 8:30-11:30 AM. Please e-mail Dr. Avery to schedule an in office appointment if on campus hours do not work with your schedule. Location: Saratoga Health and Wellness, 538 Maple Ave, Saratoga Springs, NY, 12866

Payment is $30 per half hour session due on the day of each appointment through stripe on Calendly, cash, check (made payable to In Motion Physical Therapy), card, or venmo (@InMotion_MoonCycle). Payments are subject to a late fee of 10%.

Attendance/Cancellations: Attendance for all appointments is extremely important to see the maximum benefit. We have a strict 24-hour cancellation policy. You will be charged 50% for anything canceled or rescheduled with less than 24-hour notice, and will be charged in full for no-call no-shows.

*If this is your first visit, please email Dr. Avery at

info@inmotionintegrativept.com to request your intake

paperwork to be filled out prior to your first visit.

The Dance Department will be sponsoring students to attend the Urban Bush Women performance at University at Albany on Tuesday Sept 20th at 7:30pm.

Tickets AND bus transportation from Skidmore to the performance will be provided by the department at no cost to students!

Please join us for this amazing performance!! You can register for tickets through the link below: 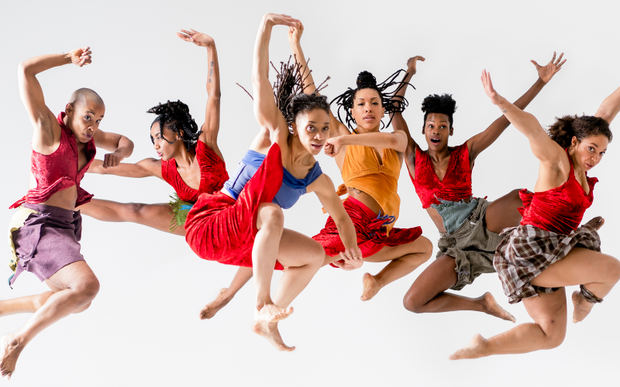 Hello everyone and welcome back! The student committee is looking forward to a joyful, productive, and creative semester back together in the studios.

The student committee is a group of dance majors and minors that act as a resource for students in the department. We represent the student body at faculty meetings, advocate for student needs, and work to build an inclusive dance community. Please come to us with any questions, concerns, or suggestions you may have!

How can you contact us? We are available by email or by a scheduled meeting appointment. Please feel free to reach out to any one of us! Below is our contact information:

Please check out the SGA CLUB FAIR Friday Sept 9th from 3:30-5:00pm on Case Green to learn more about the dance clubs on campus this year!

JOIN THE STUDENT COMMITTEE FOR A PIZZA PARTY 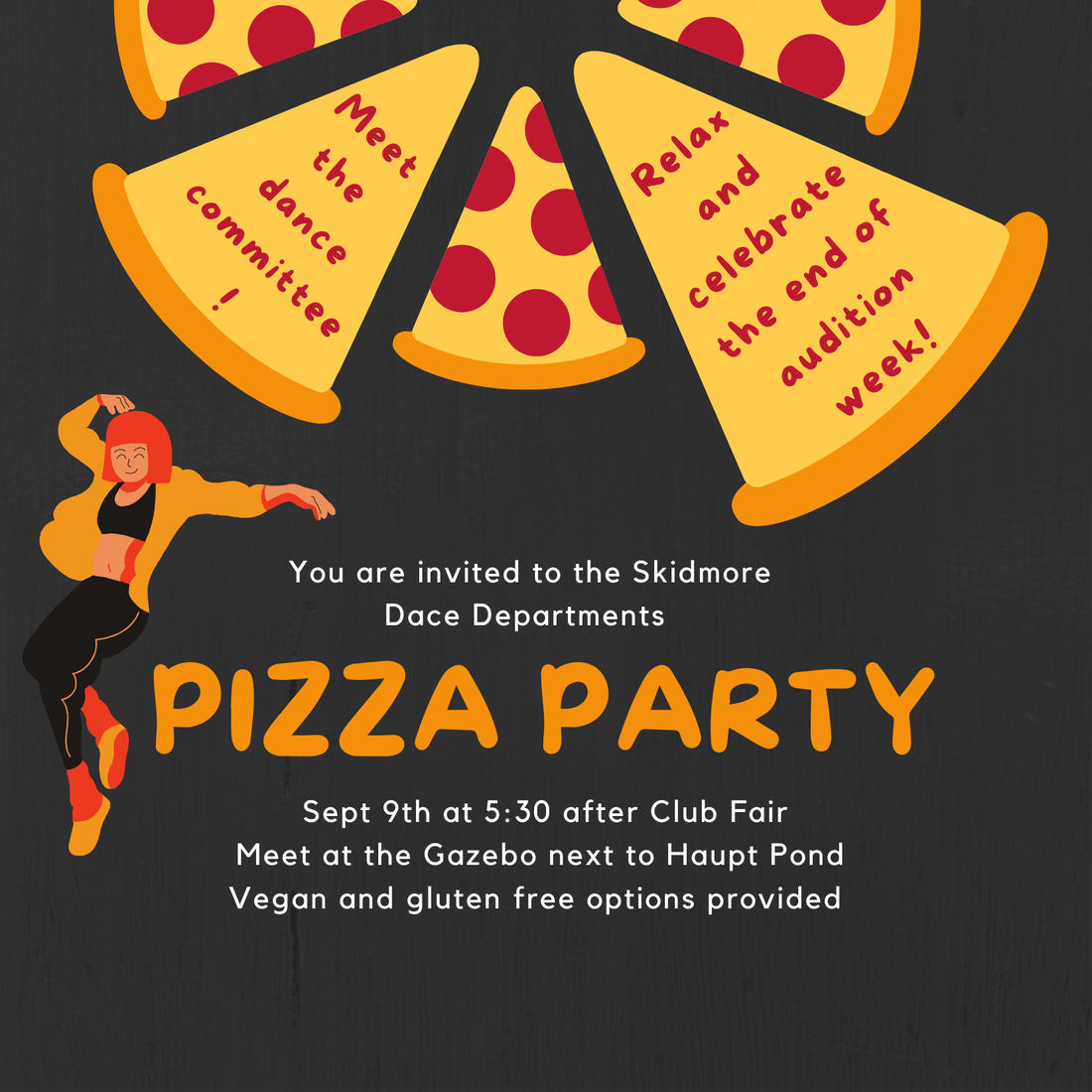 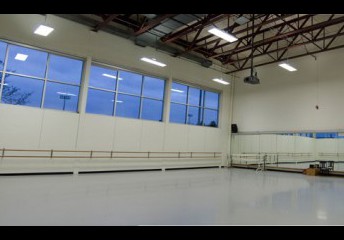 Follow Sarah DiPasquale
Contact Sarah DiPasquale
Embed code is for website/blog and not email. To embed your newsletter in a Mass Notification System, click HERE to see how or reach out to support@smore.com
close