Today, students from Julian Curtiss Magnet School of World Languages celebrated the 29th Annual United Nations Day Celebration with an all-school assembly and a Parade of Nations. Over 60 countries and 30 languages were represented in the parade. All students, dressed in their countries' traditional clothing, marched under the flag that represents their family’s heritage.

The event included speeches by 5th grade students, Hina Sekine and Chingiz Khalitov, who shared their personal experiences of moving from another country to the USA. The school also hosted Nicolas Pron, Special Advisor and former Secretary of the Executive Board at UNICEF, who shared remarks with the Julian Curtiss community, and the school chorus, led by Music Teacher Melanie Champion performed This Pretty Planet.

The school's celebration continue tomorrow evening with an International Food Tasting, where the school community will share their culture and heritage with homemade dishes from their countries of origin. Julian Curtiss alum, Sylvester Pecorra will accompany the festivities on the piano. 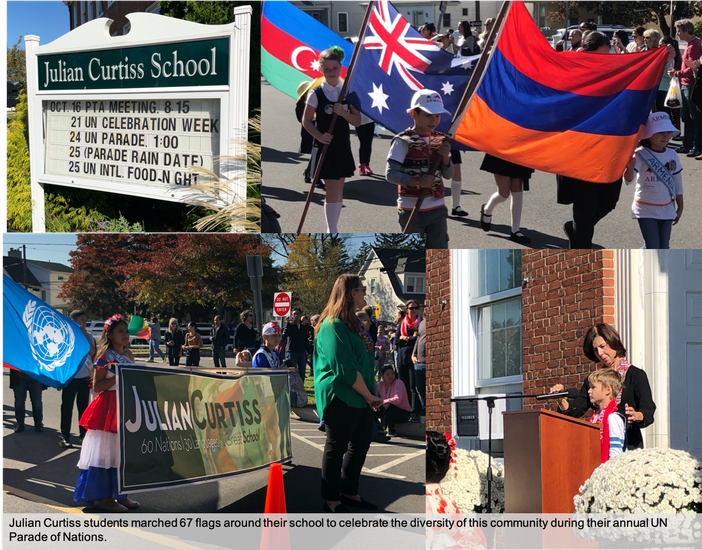 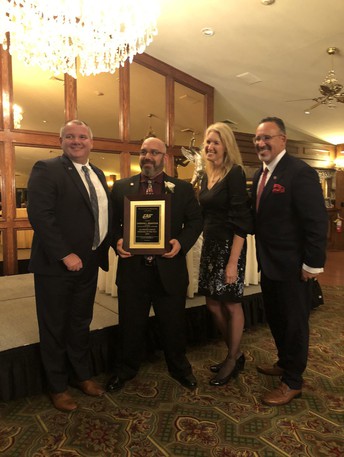 The Principal of the Year Program, sponsored annually by the Connecticut Association of Schools and the National Association of Secondary School Principals (NASSP), was established to bring recognition to exemplary school principals and to increase public awareness of the critical role that principals play in the education of our youth. The program recognizes outstanding middle and high school principals who have succeeded in providing high quality learning opportunities for students. These administrators have demonstrated excellent leadership skills, a selfless commitment to their staff and students, ongoing service to their communities, and contributions to the overall profession of educational leadership. 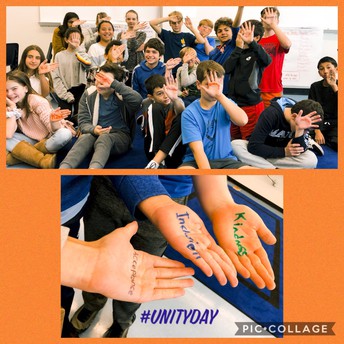 To raise awareness of bullying, every October is National Bullying Prevention Month. On October 23rd, students across Central Middle School wore orange to show unity against bullying. Students participated in activities during academic base to raise awareness about how to put an end to bullying by ensuring understanding of the impact that bullying can have on students. 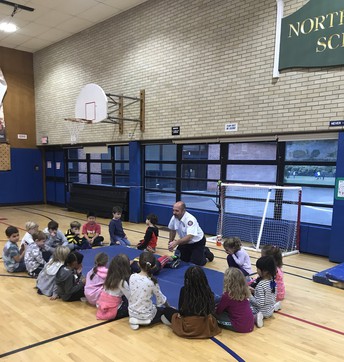 On Tuesday morning, members of the Greenwich Fire Department visited kindergarten and first grade students at North Street School for a discussion on safety and fire prevention. Firefighters spoke to students about the importance of understanding the dangers of fire and knowing what to do in the event of an emergency.

The Marshall Legacy Institute (MLI), a foundation dedicated to removing landmines, started: CHAMPS, Children Against Mines Program, where MLI staff visit schools and community groups around the U.S. to teach students and young people about landmines and their effects on people in other countries. Through simulated minefield demonstrations with MLI’s “canine ambassador,” a retired mine detection dog, students witness how Mine Detection Dogs (MDDs) restore safety by “sniffing out” landmines.

CHAMPS campaigns in 16 states have successfully sponsored 43 mine detection dogs, have helped hundreds of survivors receive proper medical care and rehabilitation, and have connected students from across the world to promote awareness of the global landmine issue. At North Mianus School, students and staff have been strong supporters of the CHAMPS program, having raised enough money to allow the school to name three dogs currently serving in countries like Lebanon and Bosnia.

On Wednesday, October 23, 2019, at MLI's 22nd Anniversary Clearing the Path Gala in Washington, DC, more than 300 leaders of business, industry, and government gathered to honor exceptional individuals who have made extraordinary efforts to help others in war-torn countries. North Mianus School's Principal Angela Schmidt was one of three individuals honored at the event and was recognized as the CHAMPS Teacher of the Year for her leadership in this program for her school. 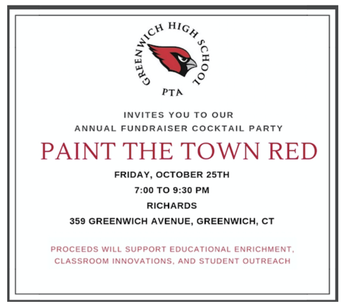 The Greenwich High School PTA's Annual Fundraiser, "Paint the Town Red" is happening this Friday, October 25 from 7:00 - 9:30PM at Richards (located at 359 Greenwich Ave). The PTA has planned an exciting evening with culinary treats from Burke Catering, desserts by Sweet Lisa’s, music, cocktails, live and silent auction items and a gin tasting.

Tickets are available or if you're unable to attend, you may make a general donation instead. All proceeds go to enrichment programs at Greenwich High School.

Two great fall events occurred in the District over the weekend. Old Greenwich School's 49th Annual Pumpkin Patch and Glenville School's Harvest Festival. See below for all of the great pictures. 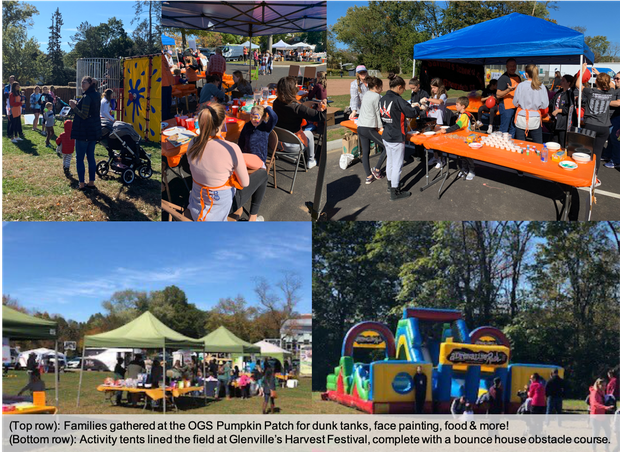 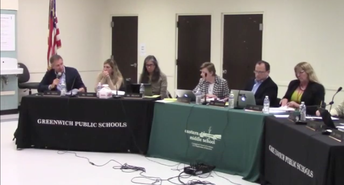 Board of Education Business Meeting Recap

The Board of Education met on Thursday, October 17 for a business meeting. Agenda items included: the Superintendent's Report, discussion of the Cardinal Field Construction presentation, a Humanities Report and more.

The Board of Education posted a video of their meeting and the meeting minutes. 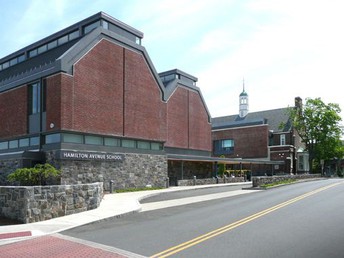 Tree screening by the playground has been replaced. Thank you to the PTA members of Hamilton Avenue School for their support with this project.

Greenwich High School Football Game **This game will be live-streamed!

Board of Education - Budget Meeting