bridie is using Smore newsletters to spread the word online.

Get email updates from bridie:

Everyone knows what a computer is even if they don't know how to use them. There are many components that come into play when it comes to a running computer, each with its own purpose, but none of them is as important as the computer motherboard. The motherboard isn't the brain of the computer but it is the most important part.

A computer has many different parts. One of them is we can the CPU, the brain of the computer, the hard drive, for storage, the RAM memory which is plugged in the motherboard , which store data for quick and easy access.

Even though each of them is very important for the function of a computer, all of them are linked together for proper functioning by one thing the motherboard.

Every computer has a cooling fan inside the case, designed primarily to prevent the CPU from overheating. Cooling fans may bring cool air into the computer, draw hot air out of the computer, or as part of a heat sink, which is a special product designed to draw heat away from a particular computer component.

A mouse is a small device used to point to and select items on your computer screen. Although mice come in many shapes, the typical mouse does look a bit like an actual mouse. It's small and connected to the system unit by a long wire that resembles a tail.

Alan Turing was the man that invented the computer. He originally made it for cracking the Germans war codes and it evolved into your average everyday computer. He was born June 23, 1912 and died June 7, 1954. 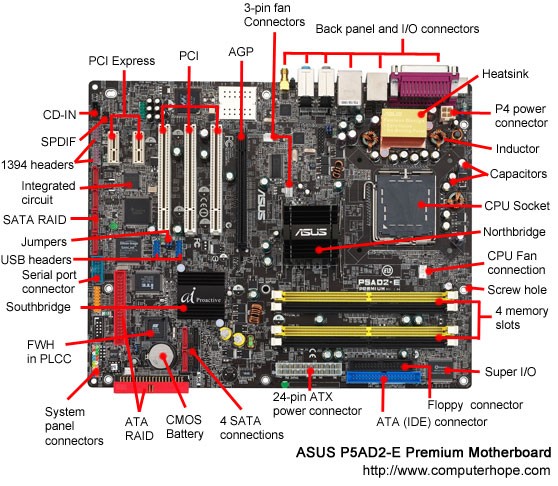 bridie is using Smore newsletters to spread the word online.