Charles Darwin is most well known for his theory of evolution and natural selection that was explained in On the Origin of Species by Means of Natural Selection. In The Descent of Man, and Selection in Relation to Sex Darwin looked at the similarities between animal and human mental processing. He concluded that the only difference between animal and human mental processing is the degree in which the information was processed. Darwin also dicussed the evolution of current facial expressions in The Expression of Emotions in Man and Animals. In this he argued that emotions are biological processes that are similar to physical adaptions and can be studied as any other inheirited trait can be studied. Darwin proposed that social behavior in animals was the result of natural selection.

An Interesting Fact About Charles Darwin

Although Darwin's theory of evolution went against the Christian ideology of creation, Darwin was conventional Christian for much of his life. In fact, he studied to be an Anglican clergyman at Cambridge. Also, he delayed the publication of On the Origin of Species... by more then twenty years for fear of how it would be received by the public. The death of Darwin's daughter Anne changed Darwin into an agnostic, not an atheist as many people believe.

His research has contributed to the field of evolutionary psychology. Darwin's theories of natural selection and sexual selection have helped psychologists with a variety of problems associated with survival(threats from other species) and reproduction( ex. sexual rivalry and mate selection). Because Darwin's theory that men and animals are similar, experiments and observations about animal behavior are used to make inferences about human behavior; this is known as comparative psychology. Some psychologists may focus on why some some humans are more successful or more intelligent than others; this is related to the theory of Natural Selection that was proposed by Darwin. 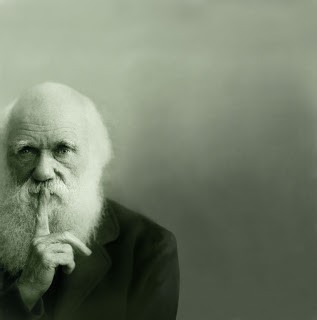