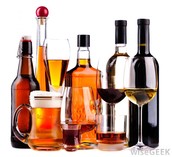 What is alcohol: Any organic compound whose molecule contains one or more hydroxyl groups attached to a carbon atom.

How is this substance used: Alcohol is taken in to the body through a liquid form into the mouth

Desired effect: to be sociable, the taste, feel less depressed, and to control painful memories

How does it affect the brain: Can hinder development in under age kids, is a depressant and is thought to be a stimulant because it depresses the part of the brain that controls inhibitions

Other health effects of abuse and addiction: Long-Term Health Risks. Over time, excessive alcohol use can lead to the development of chronic diseases and other serious problems including: High blood pressure, heart disease, stroke, liver disease, and digestive problems. Cancer of the breast, mouth, throat, esophagus, liver, and colon.

Detoxification Programs: In patient and out patient programs are available at most rehab centers

What is Cannabis: A tall plant with a stiff upright stem, divided serrated leaves, and glandular hairs. It is used to produce hemp fiber and as a psychotropic drug.

How is it used: Smoked, ingested

How does it affect the brain: frequent and persistent marijuana use starting in adolescence was associated with a loss of an average of 8 IQ points measured in mid-adulthood.Significantly, in that study, those who used marijuana heavily as teenagers and quit using as adults did not recover the lost IQ points.

Forms: People smoke marijuana in hand-rolled cigarettes (joints) or in pipes or water pipes (bongs). They also smoke it in blunts—emptied cigars that have been partly or completely refilled with marijuana. To avoid inhaling smoke, more people are using vaporizers. These devices pull the active ingredients (including THC) from the marijuana and collect their vapor in a storage unit. A person then inhales the vapor, not the smoke.

What is cocaine: An addictive drug derived from coca or prepared synthetically, used as an illegal stimulant and sometimes medicinally as a local anesthetic.

How is cocaine used and what forms are there: the powdered form of cocaine is either inhaled through the nose (snorted), where it is absorbed through the nasal tissue, or dissolved in water and injected into the bloodstream.

Crack is a form of cocaine that has been processed to make a rock crystal (also called “freebase cocaine”) that can be smoked. The crystal is heated to produce vapors that are absorbed into the blood-stream through the lungs. (The term “crack” refers to the crackling sound produced by the rock as it is heated.)

What is the desired effect: Cocaine causes a short-lived, intense high that is immediately

How does it effect your brain: severe depression, releases dopamine but after, there is a lack of dopamine causing depression

Detoxification program: Medical Detoxification is a process that systematically and safely withdraws people from addicting drugs, usually under the care of a physician. In or out patient

What are Hallucinogen:a drug that causes hallucinations, such as LSD

How is the substance used and the Forms:

Desired effect: using hallucinogenic drugs for more social or recreational purposes, including to have fun, help them deal with stress, or enable them to enter into what they perceive as a more enlightened sense of thinking or being

How does it affect the brain: LSD, peyote, psilocybin, and PCP are drugs that cause hallucinations, which are profound distortions in a person's perception of reality. Under the influence of hallucinogens, people see images, hear sounds, and feel sensations that seem real but are not.

What are other health effects:

Description of Heroin:Heroin is an opioid painkiller and the 3,6-diacetyl ester of morphine. Heroin is prescribed as an analgesic, cough suppressant and as an antidiarrhoeal

How is it used:injected, inhaled by snorting or sniffing, or smoked

What is the desired effect:It is also used as a recreational drug for its euphoric effects

How does it affect the brain:When it enters the brain, heroin is converted back into morphine, which binds to molecules on cells known as opioid receptors. These receptors are located in many areas of the brain (and in the body), especially those involved in the perception of pain and in reward. Opioid receptors are also located in the brain stem, which controls automatic processes critical for life, such as blood pressure, arousal, and respiration.

What are other health effects:Heroin overdoses frequently involve a suppression of breathing. This can affect the amount of oxygen that reaches the brain, a condition called hypoxia. Hypoxia can have short- and long-term psychological and neurological effects, including coma and permanent brain damage.

Detox programs:option of choosing between an inpatient facility and an outpatient clinic

Description of Meth: C10H15N, Treats attention deficit hyperactivity disorder (ADHD) and helps with weight loss in obese patients. Methamphetamine is a synthetic (man-made) chemical, unlike cocaine, for instance, which comes from a plant.

How is it used: Methamphetamine is taken orally, smoked, snorted, or dissolved in water or alcohol and injected.

What is the desired effect: happiness and well being

How does it affect the brain: Methamphetamine increases the amount of the neurotransmitter dopamine, leading to high levels of that chemical in the brain. Dopamine is involved in reward, motivation, the experience of pleasure, and motor function.

Description of nicotine: a toxic colorless or yellowish oily liquid that is the chief active constituent of tobacco. It acts as a stimulant in small doses, but in larger amounts blocks the action of autonomic nerve and skeletal muscle cells. Nicotine is also used in insecticides.

How does it affect the brain:Epinephrine stimulates the central nervous system and increases blood pressure, respiration, and heart rate. Similar to other addictive drugs like cocaine and heroin, nicotine increases levels of the neurotransmitter dopamine, which affects the brain pathways that control reward and pleasure.

Other health affects: Nicotine is a highly addictive drug, as addictive as heroin or cocaine when delivered by means of tobacco products

Detox Programs: In and out patient programs, Chewing gum to get off of tobacco

Description: An analgesic or painkiller is any member of the group of drugs used to achieve analgesia, relief from pain. Analgesic drugs act in various ways on the peripheral and central nervous systems.

How is it used: oral or injection

How does it affect the brain: Painkillers work by blocking the brain’s perception of pain by binding to opiate receptors. This interferes with the signals transmitted by the central nervous system to the brain. Narcotic pain relievers are depressants, meaning they have a depressant effect on the central nervous system and decrease the feeling of pain while increasing a feeling of relaxation.

Other health effects: When painkillers are used for a long period of time, the body slows down production of these natural chemicals and makes the body less effective in relieving pain naturally.

Detox Programs: In and out patient programs

Follow Spencer Daniel
Contact Spencer Daniel
Embed code is for website/blog and not email. To embed your newsletter in a Mass Notification System, click HERE to see how or reach out to support@smore.com
close