The whole church needs to confront attitudes of power, privilege, and entitlement that characterize many of the ordained and reinforce a structure that protects them from accountability. Cardinal Cupich

Clericalism has been a popular topic in American Catholic circles over the past year. The crisis in leadership is often framed as a result of clerical attitudes. But I wonder if lay people have challenged their own role in ennabling clericalism to persist? Have we sat back and blamed the priests and bishops instead of stepping up? Or, worse, have we stopped attending or participating? Is it easier to blame the priests and bishops than work for change?

In the Global Sisters Report post from last August (which was republished in the National Catholic Reporter), the author, Nicole Trahan, draws on the lessons from Ezekiel 34:

“Woe to the shepherds of Israel

who have been pasturing themselves!

Should not shepherds, rather, pasture sheep?”

Trahan continues by examining our views of ordination.

Therein lies the problem as I see it. And I have seen it. When on committees, people defer to the priest because he is a priest — even when others at the table have more expertise in the matter at hand. It happens when priests get special treatment at restaurants, sporting events or other venues by virtue of being ordained. It happens when experts in education and child development are overruled in parish schools by the pastor, based on his preferences. There is power and privilege in this. I cannot help but wonder what kind of impact this sort of treatment has on a person.

Lay people have granted priests this special place. I’m not arguing that priest don’t deserve our respect. But if we grant them exalted positions due to ordination and ignore the perspectives of the laity, then we are to blame. And I see this pattern repeating in parishes and schools. The laity is apt to put all the decisions and tasks on priests and bishops and not claiming their role as “co-responsible” for the Church, in the words of Pope Benedict XVI.

America magazine called for an end to clericalism in an editorial and spotlighted the dangers in a lengthy article. In it, Pope Francis is quoted: “Clericalism in the Catholic Church, Francis tells us, ‘nullifies the personality of Christians’ and ‘leads to the functionalization of the laity, treating them as ‘errand boys [or girls].’” This functionalization is something that we (the laity) can resist and claim as damaging.

In the Crux article “Clericalism: The Culture that Enables Abuse and Insists on Hiding It” another quote from Pope Francis highlights the conflict: “To say ‘no’ to abuse is to say an emphatic ‘no’ to all forms of clericalism.” This quote was from Pope Francis’ August 20th letter to all Catholics. The September Crux article “Laity Must Have Role in Fighting Clericalism” quotes Cardinal Beniamino Stella, prefect of the Congregation of Clergy, who says, “Clericalism and often the reduction of the Church to an elite class, has generated an anomalous way of understanding authority that has devalued baptismal grace and, not infrequently, has contributed to forms of abuse, especially on a person’s conscience.” Interesting to note the phrase “baptismal grace” which supports the notion of the priestly ministry of all.

In “Christus Vivit” the recently-released apostolic exhortation of Pope Francis written to “Young People and to the Entire People of God,” Pope Francis returns to this theme. “Clericalism is a constant temptation on the part of priests who see “the ministry they have received as a power to be exercised, rather than a free and generous service to be offered. It makes us think that we belong to a group that has all the answers and no longer needs to listen or has anything to learn” (98).

These themes were echoed by Archbishop Wilton Gregory’s press conference in Washington, where he promised to “always tell the truth” in order to rebuild trust. His comment, “I think so much of what we're facing now was a misuse of power, an abuse of power, clerical power, power that was intended in too many cases to dominate and destroy lives" also supports this idea that clericalism needs to be challenged.

One could argue that many Catholics have made their choice to reject clericalism by not attending Mass, not financially supporting the Church, and not enrolling their children in Catholic schools. We need to offer a different choice—staying in the Church, claiming our rightful place in the church, and working for change.

One of your Latino students reported that one particular students kept chanting “Build the Wall” around her. You have received verification from a teacher that it was spoken. The student denies saying it, although he does say, “I support building the wall.” When you call the parents of the student who was accused, they dismiss the charges and say that you are a cupcake and are too sensitive. “We need to build that damn wall,” the father says. How do you proceed?

www.ncronline.org
Pope Francis calls us to become missionary disciples, and not "passively and calmly wait in our church buildings" with a pastoral ministry of mere conservation. He is calling us to the peripheries whe...

aleteia.org
Nativity School in South Carolina's can-do attitude has led to the school receiving the Dandy Award from the National Catholic Board on Full Inclusion.

Programs give kids with special needs a chance at Catholic education

www.ncronline.org
Catholic organizations around the country are stepping up to offer children with disabilities an opportunity for a Catholic school education. The Catholic Coalition for Special Education, formed in t... 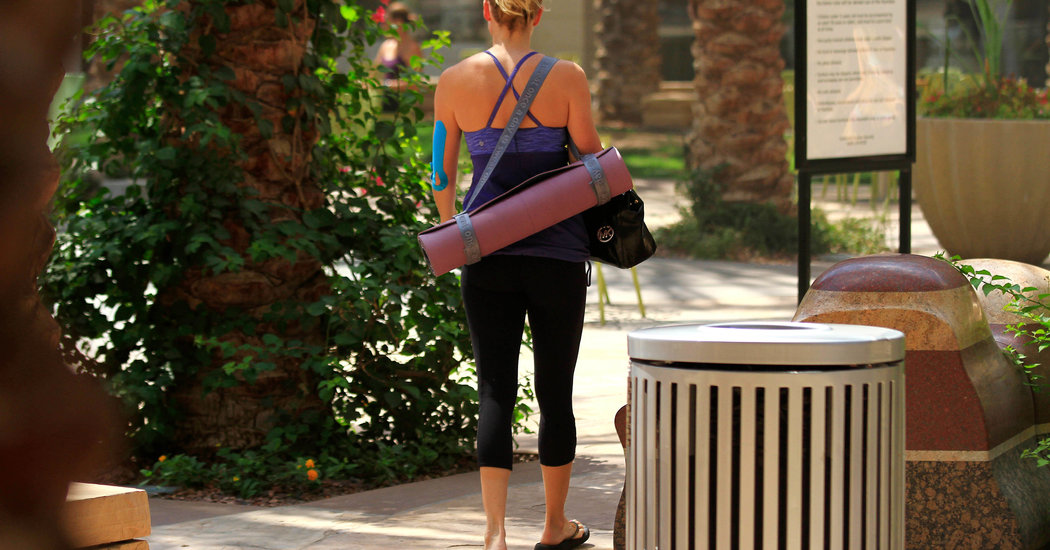 It’s Possible Leggings Are the Future. Deal With It.

www.nytimes.com
Last week they set off a firestorm at the University of Notre Dame. Why does this item of clothing get people so riled up?

Gregory's promise: 'I will always tell you the truth'

www.ncronline.org
In what he termed "a moment fraught with challenges," the new leader of the Archdiocese of Washington, in his first public appearance here April 4, repeatedly pledged to be honest with his flock. "I b... 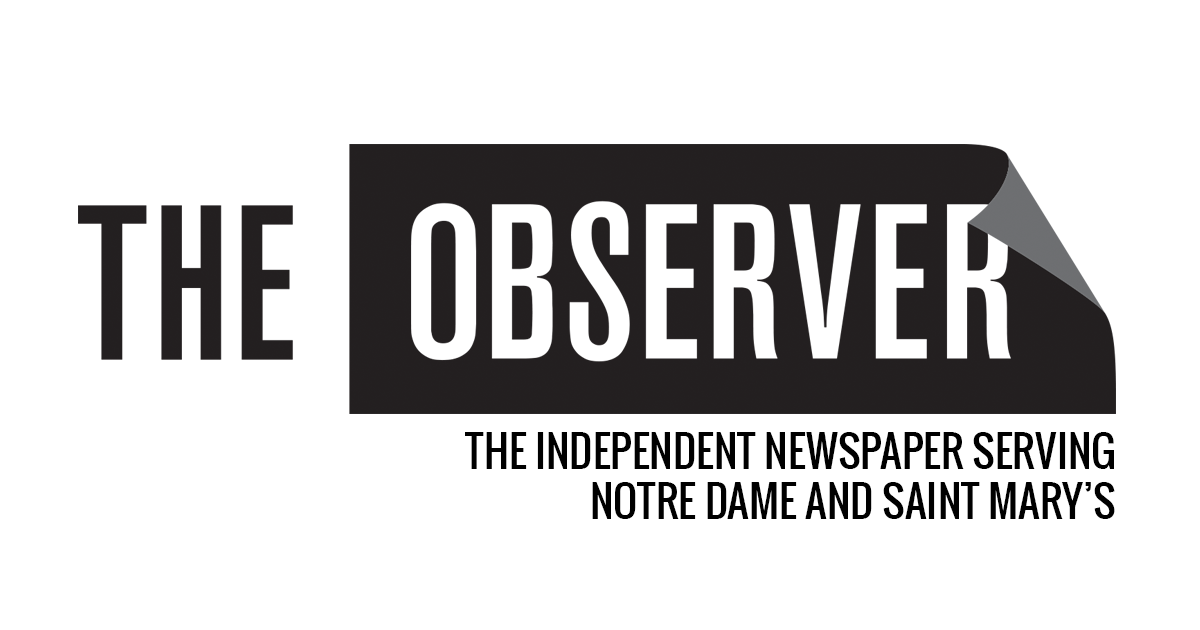 www.commercialappeal.com
The organization's vice president and general counsel said the group was "extremely concerned" about the lease agreement between the church and Compass Community Schools.

www.bostonglobe.com
Boston Cardinal Seán P. O’Malley has appointed Thomas W. Carroll to be the superintendent of Catholic schools for the Archdiocese of Boston and will start on Monday. 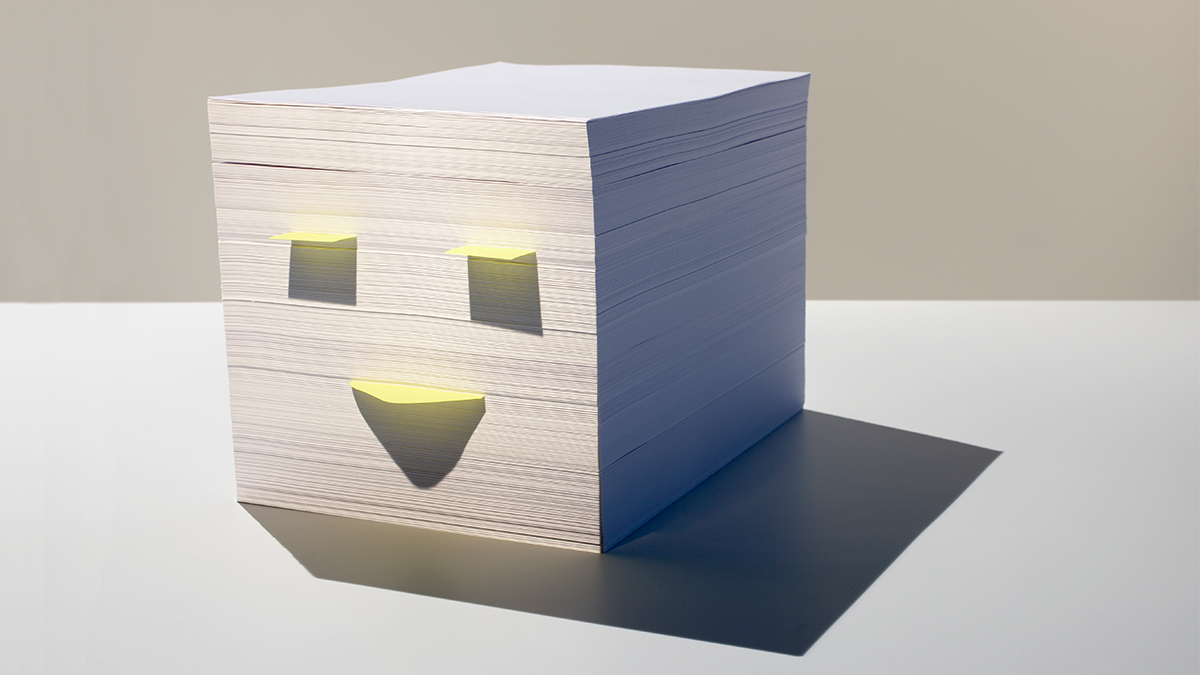 How to Keep Criticism from Undermining Your Confidence

hbr.org
Give yourself time to process it.

Finding the Best Fit for the Culture of a School 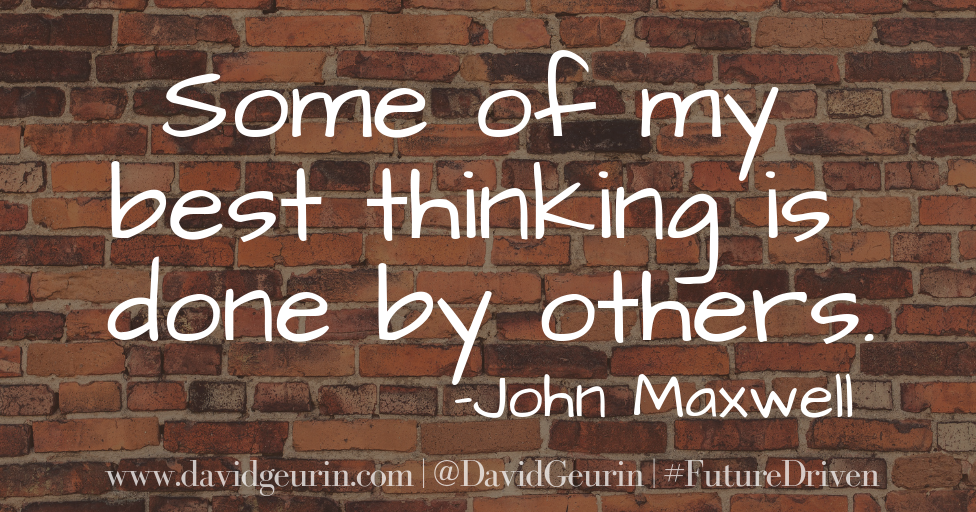 Should All Educators Be Lifelong Learners?

www.davidgeurin.com
The quickest way to improve a school is for the people inside the school to work on improving themselves. When you individually learn more as an educator, your students win, and your whole school wins too. You make your school stronger by your growth. www.kqed.org
Extrinsic motivators dominate classrooms even though research clearly shows why they shouldn’t. Most schools motivate students to learn with external rewar 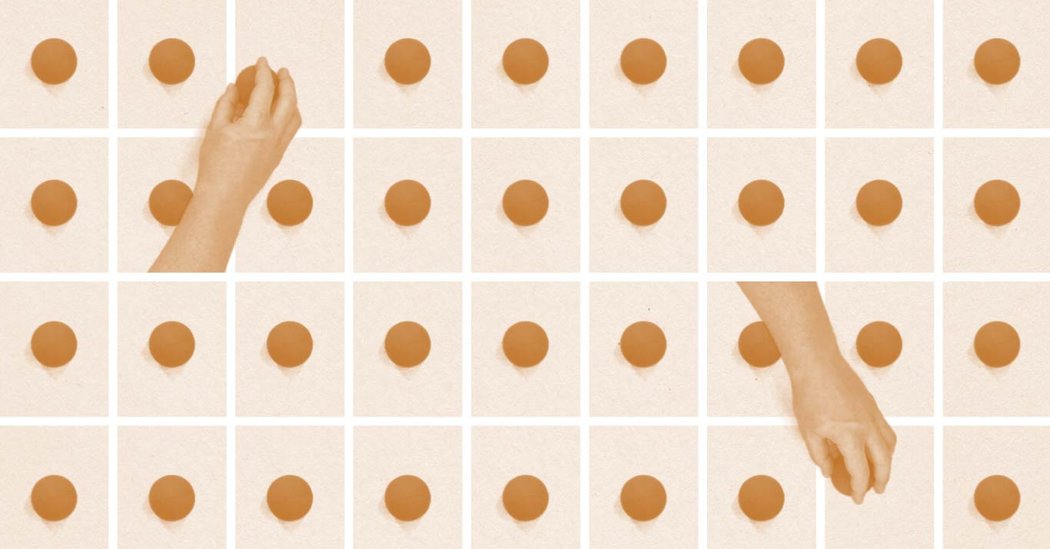 www.nytimes.com
“Time management” is not a solution — it’s actually part of the problem. 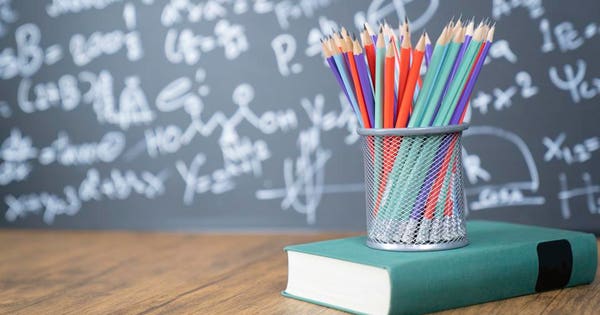 The Truth About Private Schools

www.forbes.com
Giving poor people more opportunities is not going to damage our democracy. In fact, I believe it is going to strengthen it. We live in a diverse and pluralistic nation, and our institutions should reflect that. 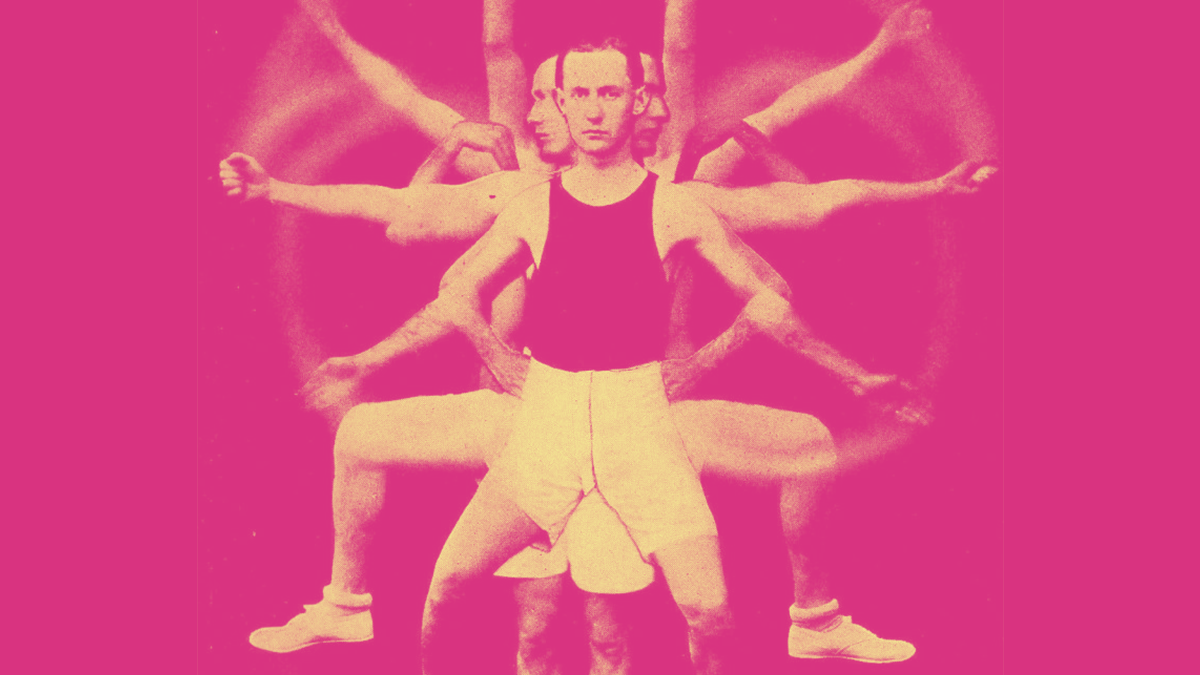 What Makes Some People More Productive Than Others 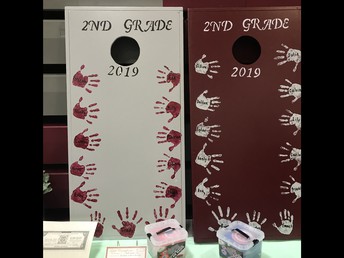 Pictured at right is a class project from Butte Central Catholic Elementary--a corn hole game! It's auction season and I dragged my wife to another fundraiser last week, our third of the year. This week, I'll be travelling to Billings for a presentation and will be welcoming Dr. Rachel Moreno from ACE back for another week of instructional coaching at St. Paul's Mission Grade School in Hays. Then I'll travel to Great Falls for principal interviews, to Butte for a Board meeting, and back to Hays for a Board meeting. The week will conclude with a trip back to Great Falls for a chancery meeting.

In my spare time, I'm working on my NCEA presentation on Missionary Leadership (Wednesday, April 24th at at 9am) as well as my ICSL workshop on Moral Leadership (July 14-17 in Indianapolis).

On Wednesday's Catholic School Matters Radio Hour podcast, the focus is on Guam which was recently in the news as the former archbishop's conviction and removal were upheld. Have you ever wondered what our Catholic schools are like on Guam? I begin by interviewing their dedicated young superintendent, Richard Alvia. Then I'll be joined by four great school leaders who will discuss their joys and challenges of leadership on the island, where America's day begins every day. It's a great look at Catholic schools on the margins. 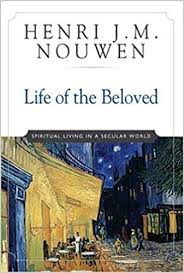 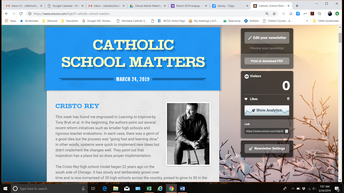