Get email updates from lexi:

A Poet Who Writes For Herself

A Poet Who Writes For Herself 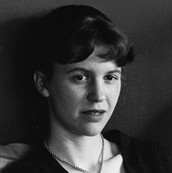 She is known for her confessional poetry. Many of her poems are about her passed on father and her dealing with her depression. Sylvia lived a lavish life, her dad was a college professor at Boston University, studying bees. At the age of 8, her father passed away, due to diabetes. She was driven to succeed with her poems at a very young age. She kept a journal as a child, once she was old enough she decided to publish many of her poems in newspapers, which gave her great recognition in a national magazine. She lived in Boston most of her life, but after a rough college experience she moved to Cambridge, England. While living here she met her husband and had 2 kids. Her poetry is often associated with the Confessional Movement. Poets describe her poetry as "violent", "disturbed imagery", and "a playful use of alliteration and and rhyme". Although she was very depressed, she made her best poems during her hardest times. After her husband left her for another poet, she committed suicide leaving her daughter and son with their father. (http://www.poets.org/poetsorg/poet/sylvia-plath)

The City of Cambridge 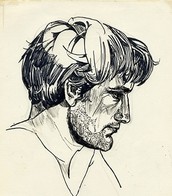 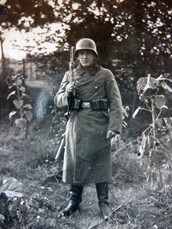 This is one of her earlier poems. It is about her dad after he passed. She talks about how strict and mean he was, but that she wish she could have him back, because of the little time she had with him. She was also really mad with him, because she saw him as a mean person. "I thought every German was you..." She was against Nazism, so she was spiteful against her dad. This poem is full of allusion and imagery; it also perfect rhythm/meter. The beginning of this poem she was malicious, but towards the end it was regretful and sad. The impact of the poem is very important, because this poem is very famous amoung Plath's work, and perfectly describes the rest of her poems.

www.poetryfoundation.org
You do not do, you do not do / Any more, black shoe / In which I have lived like a foot / For thirty years, poor and white,

This poem is very important in all of Plath's work. This poem is about World War II, the Holocaust, and the Nazi Germans. She also talks about her three near death experiences: once when she was younger and it was an accident, the second time when she was a bit older and it wasn't an accident, and the last time when the doctor resuscitated her even when she didn't want it. This poems involves a lot of allusion and imagery to the degrade Nazism and talk about the oppressed. She also uses personification when talking about her near death experiences and relates them to cats, who have 9 lives.

www.poetryfoundation.org
I have done it again. / One year in every ten / I manage it—— /

Morning Song is about her two kids. She felt very passionate about her kids. Although, she felt as if she wasn't a very good mother to her kids and that the nanny is more of a mother to them. She also talks about how she often wakes in the middle of the night to feed her sleepless children. Most of Sylvia's poems have rhythm/meter. "I'm no more your mother than the clouds...", here she personifies the clouds, saying that the clouds could just as easy be the mother to her kids. The theme of this poem is mainly about her wishing to be a better mother to her children.

Tulips was mainly about her stay in the hospital. While in the hospital, she receives many tulips of all color. She talks about her surgery and how she remembers everything that happened, after the anesthetist came into her room, she couldn't remember anything and was thinking about multiple things. In the poem she talks a lot about her children, husband, and her feelings: how pure and numb she was. This poem uses a lot of allusion, and just like all of Sylvia's poems, this one contains meter and very vibrant imagery. Tulips help us get a better idea of what Sylvia really thinks and how she really feels about things. This poem is very honest and personal.

www.poetryfoundation.org
The tulips are too excitable, it is winter here. / Look how white everything is, how quiet, how snowed-in. / I am learning peacefulness, lying by myself quietly / As the light lies on these white walls, this bed, these hands.

Follow lexi burdick
Contact lexi burdick
Embed code is for website/blog and not email. To embed your newsletter in a Mass Notification System, click HERE to see how or reach out to support@smore.com