Kanya is using Smore newsletters to spread the word online.

Get email updates from Kanya:

44 President of the United States

44 President of the United States

Obama's advocacy work led him to run for a seat in the Illinois State Senate. He ran as a Democrat and won election in 1996. During his years as a state senator, Obama worked with both Democrats and Republicans to draft legislation on ethics, as well as expand health care services and early childhood education programs for the poor. He also created a state earned-income tax credit for the working poor. As chairman of the Illinois Senate's Health and Human Services Committee Obama worked with law enforcement officials to require the videotaping of interrogations and confessions in all capital cases after a number of death-row inmates were found to be innocent.

What did he do as President

Barack H. Obama is the 44th President of the United States. His story is the American story — values from the heartland, a middle-class upbringing in a strong family, hard work and education as the means of getting ahead, and the conviction that a life so blessed should be lived in service to others.

• He collects Spider-Man and Conan the Barbarian comics

• His name means "one who is blessed" in Swahili

• He won a Grammy in 2006 for the audio version of his memoir, Dreams From My Father 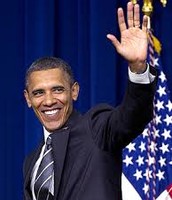 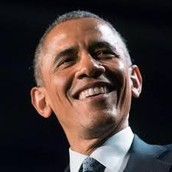 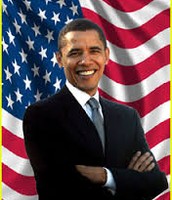 Kanya is using Smore newsletters to spread the word online.