Education law is-Is a law for schools and also teachers. It is the rights of Americans to have a public education and also for those students who attend private schools.

Federal law is- is a body of law at the highest or national level of a federal government, consisting of a constitution, enacted laws and the court decisions pertaining to them.

State law-is the Passed by state legislature and signed into law by state governor with jurisdiction in one of the 50 U.S. states. Federal laws sometimes conflict with state laws and will either supersede them or law will be challenged in a federal court. 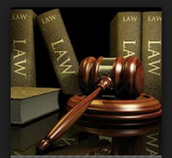 Federal laws give funding to schools only if they follows what their regularities.

-Giving a safeguard to students and teachers because of the constitutional ways. (Help them from any harm)

-There are Federal agencies like the National Science Foundation and also the Department of Education that publish recommended teaching strategies and materials for the teachers to be able to show. The states and also the local governments allowed to use what was recommended or they can also ignore the recommendations just depends on how they would like to us it. If the state does no use the strategies their will be no funding will be awarded if the school district adopts these practices. 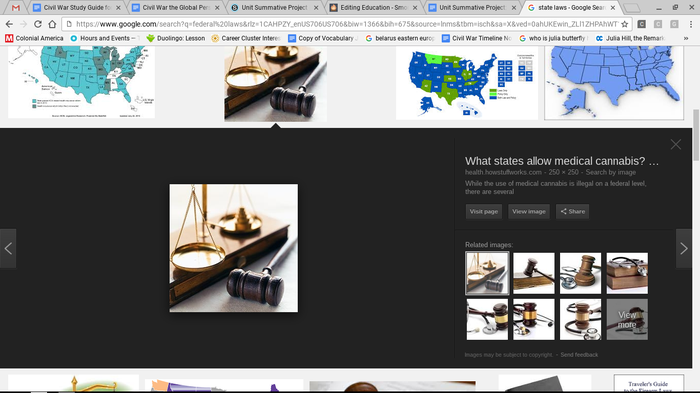 -States laws will do what is best for our state. The state can choose to follow Federal Laws or not.If the State does not follow the Federal requirements that state/school wont receive any funding.

-You have to graduate

Education For Slavery Before The Civil War.

In the south slaves were not able to have an education at all. If any slave was caught learning they would receive a severe punishments. Slaves would not get educated because they had no schools in the Southern States. Southern States didn't have schools that would admit the black children to there own free public schools.

- Their was a law like the one that was passed in 1740 to South Carolina that said that slaves couldn't be taught to write neither be employed as writing, they can have serious consequences and against the law. If any person taught slaves or helped slaves to be taught to write, or has used any slave as a scribe, in any kind of manner of writing whatsoever every such person or persons for every such offense should pay the sum of one hundred pounds, current money.
-Their was also another law passed by Virginia in 1819 saying that if their are any king of meetings for the slaves, or for the free Negroes or mulattoes mixing that are getting associating with slaves at any meeting at someones house in the night or day. Even at any school that is teaching them to read or writing, either in the day or night. The should be "deemed and considered an unlawful assembly; and any justice of a county, etc., wherein such assemblage shall be, either from his own knowledge or the information of others, of such unlawful assemblage, etc., may issue his warrant, directed to any sworn officer or officers, authorizing him or them to enter the house or houses where such unlawful assemblages, etc, may be, for the purpose of apprehending or dispersing such slaves, and to inflict corporal punishment on the offender or offenders, at the discretion of any justice of the peace, not exceeding twenty lashes.”

Education After The Civil War

After the Civil War finally ended and the North won. Was a great benefit to almost all who were in Slavery because slavery ended and they got to be free and because they would finally be able to have an Education.

Like the (Federal agency which was created in the 1865) The organization called Freedman's Bureau was formed which worked to secure educational right for slaves who had just been freed.

The National Association for the Advancement of Colored People (NAACP) was formed in 1934 to be able to get right for colored people.

Their was mandatory attendance policy that was created so that schools would protect their students and also give them a education.

The desegregation of Central High School in Little Rock, Arkansas, gained national attention on September 3, 1957. Nine African American student enrolled in Little Rock Central High School in 1957 which was a segregated school were only whites go. Orval Faubus was the Governor of Arkansas. He ordered Arkansas National Guard to surround the Central High school to prevent the nine African American students from integrating the high school. "After several failed attempts to negotiate with Faubus, President Dwight D. Eisenhower took action against the defiant governor by simultaneously federalizing the Arkansas National Guard, removing the Guard from Faubus' control, and ordering one thousand troops from the United States Army 101st Airborne Division in Ft. Campbell, Kentucky to oversee the integration. On September 25, 1957 the students, now known as the Little Rock Nine, entered Central High School, an academically renowned school with an enrollment of approximately two thousand white students. Despite suffering constant torment and discrimination from their classmates, eight of the nine students completed the school year at Central High School.”

Education for slavery was not equal at all but over the passed years after the Civil war education for who were slaves now had the opportunity to have an education. If a slave was caught learning or if someone was teaching slaves how to read or write their would be consequences. Their were laws passed by the state that no one could educated any slave for any circumstances. After the Civil War Education changed because now their were federal laws in which secured the right for slaves that have been freed to have an education for example the Freedman's Bureau. Also the federal made the National Association for the Advancement of Colored People which was rights for the colored people. In 1867 congress created the Department Of Education which just gathers information and the statistics about the national schools. Education changed since the Civil War because the laws started to change federal started to help and give laws to be able to help the slaves. Little Rock Nine was a group of nine black Africans that entered a segregated school In Little Rock Central High School. In which the Orval Faubus the Governor of Arkansas.Ordered Arkansas National Guard to surround the Central High school to prevent the nine African American students from integrating the high school. Then because of that president Dwight D. Eisenhower ordered that one thousand troops to go and oversee the integration. It was really hard for the nine black Africans because the school was only a white school the students didn't want any of the black Africans they would try to do everything to get them out of the school. Even the teachers would give them bad grades even though they did the best. In today days their is still some racial issues but it is not so bad as in back then. We have equal rights and even though we aren't white we were born here in the United States and no matter what anyone says we are a citizen also. Education is still standing today and it is also changing to make it better if possible.
Paste in your blog/website to embed.