“We delight in the beauty of the butterfly, but rarely admit the changes it has gone through to achieve that beauty.” -Maya Angelou

I consider myself a student of history, but to be honest, I didn’t know Katherine Johnson’s story until recently when I watched the 2016 biographical drama Hidden Figures. This inspiring movie is based on Ms. Johnson’s life story and her work at NASA in the early days of space exploration. During her career, Ms. Johnson was a physicist and mathematician who helped launch the first use of digital computers at NASA. Her accuracy and wisdom with numbers was so highly regarded that her sign-off was paramount for NASA to modernize itself.

As the movie accurately depicts, Ms. Johnson was not alone. Many black women worked in the Guidance and Navigation Department at NASA. However, Ms. Johnson was a force of nature and was highly revered by the astronauts that worked on the early space missions, including John Glenn. Her calculations helped to propel multiple missions for American spacecraft to orbit the moon at a critical point in the “space race” with the Soviet Union. Much of this work took place before the civil rights movement was well established in the 1960’s, making the achievements of Ms. Johnson and her colleagues even more remarkable (undefeated.com).

Hidden Figures may have brought Ms. Johnson into the spotlight but her legacy goes beyond her work with NASA. Ms. Johnson was a math prodigy who graduated high school at the age of fourteen. After a historic Supreme Court ruling, she was one of the first three black graduate students to attend the University of West Virginia- and the only woman. In 2015, Ms. Johnson was awarded the Presidential Medal of Freedom, America’s highest civilian honor, from President Obama for a life full of groundbreaking work. She is now 101 years old.

February is Black History Month and Ms. Johnson’s story is just one among many. At the Gibbons School we look forward to celebrating the work of Ms. Johnson, Maya Angelou, Thurgood Marshall, August Wilson, Stevie Wonder, Toni Morrison and many other historical black figures. We will continue to seek opportunities to embed these lessons throughout the entire school year, not only during the month of February. 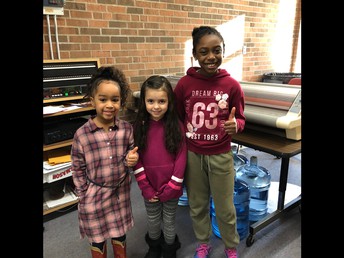 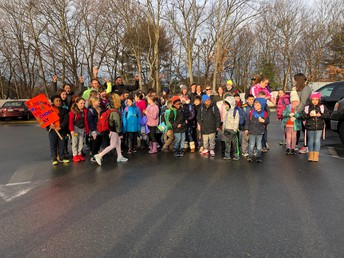 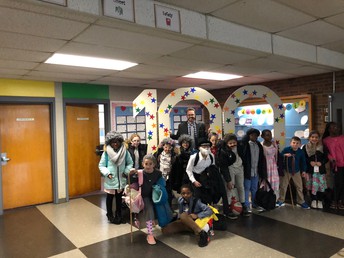 Join us for food, games, special musical performances and activities from around the world! You don't want to miss this event!
Get Directions

Another great Gibbons family event with games, prizes, raffles and much more! If you can volunteer, please follow this link: https://www.signupgenius.com/go/30E0C49ACAE2CA4FC1-winterfest
Get Directions

Please make sure you use the parent portal to sign up for a time to meet with your child's teacher: https://ps.stoughtonschools.org/public/
Get Directions

Follow David Guglia
Contact David Guglia
Embed code is for website/blog and not email. To embed your newsletter in a Mass Notification System, click HERE to see how or reach out to support@smore.com
close