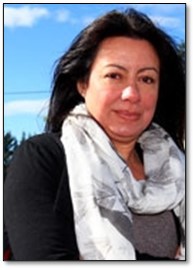 Since the beginning of this term, we have certainly enjoyed having visitors and families back into school with face-to-face interaction once again. It was also very nice to have our local pre-school join our Crazy Day Fundraiser.

At present, there is often more than one student away from school unwell. Please don’t hesitate to call us for your child’s home learning kit. These kits are ready to go and we will do our best to have them delivered to you if you are unable to call in.

I would like to make a special mention of the incredible support staff we have at Wairau Valley School. Not a day goes by that they are not going above and beyond to make sure our students are engaged and happy.

The staff have been testing students in preparation for the end-of-term progress reports. We aim to have these out to families in the last week of term.

Next week we will launch into our next topic for learning to learn which has a broad focus on Community. Our overarching goals or big picture ideas are - We have rights and responsibilities as members of a community and People work together and make decisions to benefit the community and respond to challenges. Please talk to your children about these topics and their schoolwork to help strengthen their learning.

This coming Friday, Judith Catton (Education Appraisal Ltd) will be visiting Wairau Valley School for the day to attest to my performance as a teaching Principal. Judith is willing to meet (briefly) with any parent or caregiver that would like to contribute to this process. Any feedback would be well received and can help to shape my professional learning. Please contact Lisa Bond in the office if you would like to have a meeting with Judith while she is here.

Wairau room tamariki have been busy working hard to learn new concepts, from knowing the alphabets and their sounds to knowing abstract concepts of motion. Working with one another asking questions like our Think Crews (Ida Ideas, Beanie sunshine, Judge critical, and Caring Carie) at each step of their learning.

They have been working on writing instructions. So far they have written how to make fairy bread, popcorn, and wash hands. Here are some instructions for you to try at home. 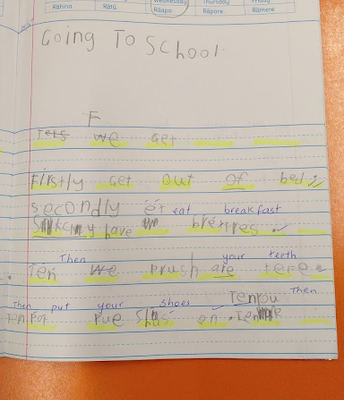 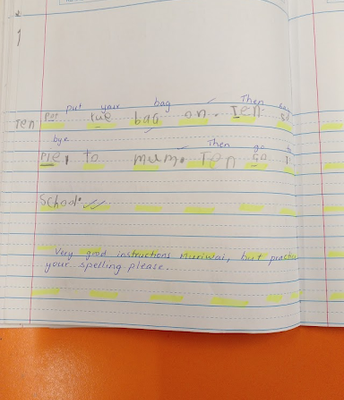 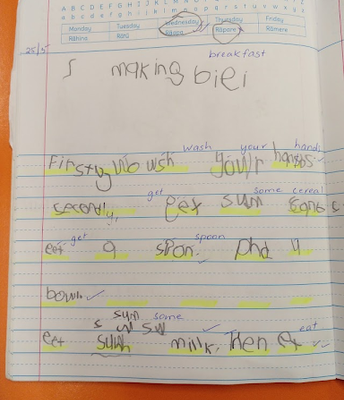 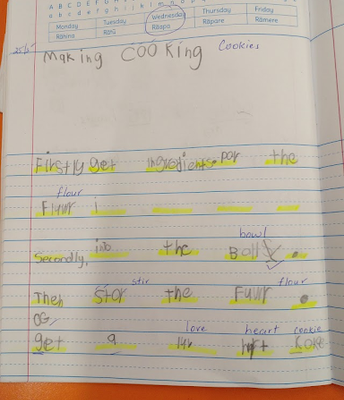 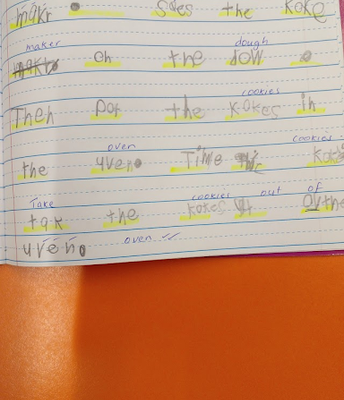 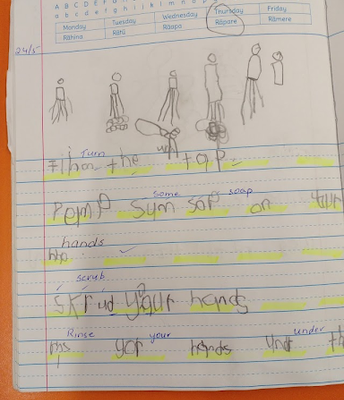 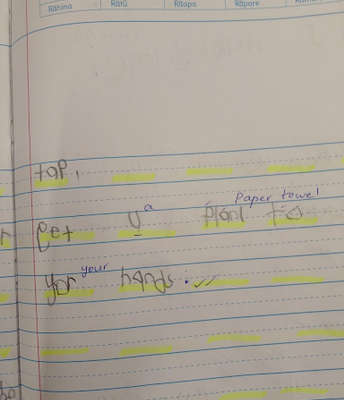 Students had to give instructions to make their construction using the vocabulary with a buddy for Maths. (Sorry I cannot incorporate videos in G doc) Do ask your child where things are looking specifically for vocabulary and most importantly left and right direction because not many have understood which is their left and right. A little reinforcement will be great.

For the first time, Wairau Room tamariki have hosted an assembly recently. Mae and George have done an amazing job.

WHAT A GREAT DAY!

A big thanks to Ivy and Mia for organising the Dress Up Day, and PTA for the Sausage Sizzle. The day raised $142 for the PTA and was a lot of fun. 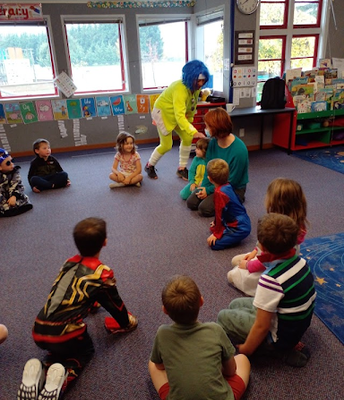 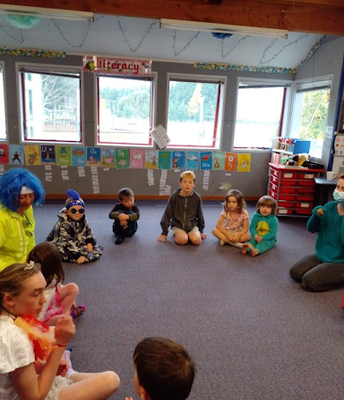 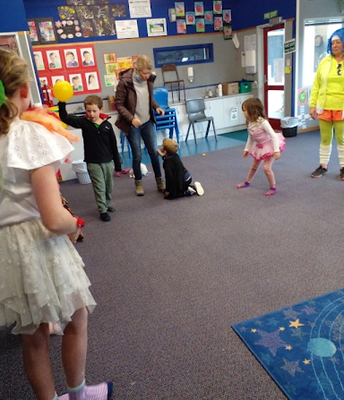 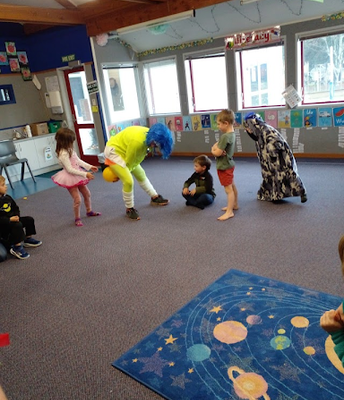 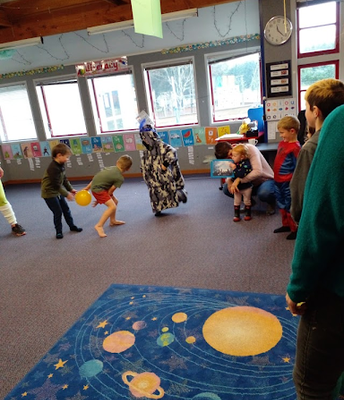 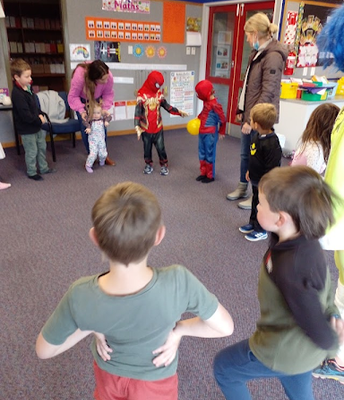 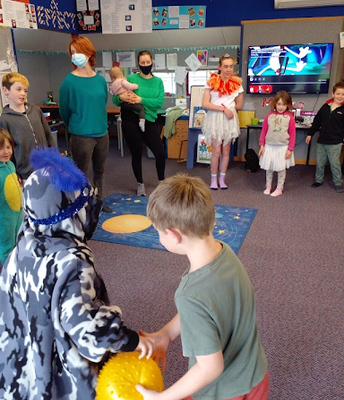 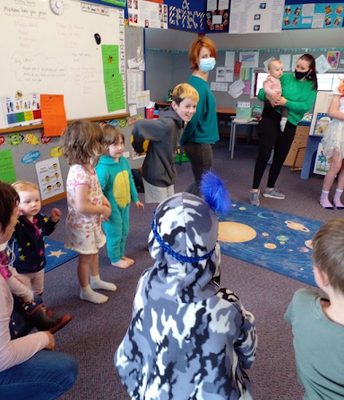 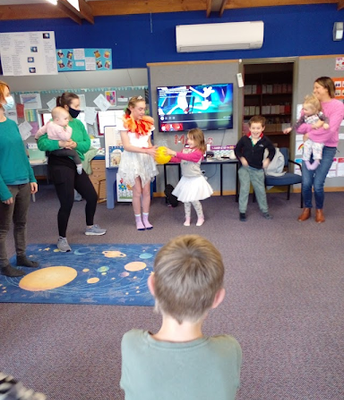 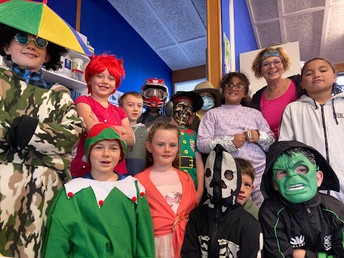 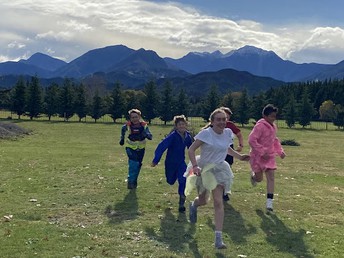 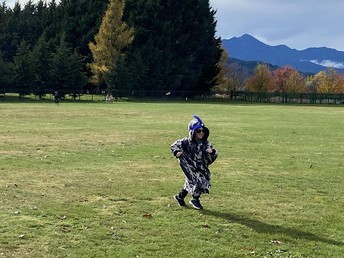 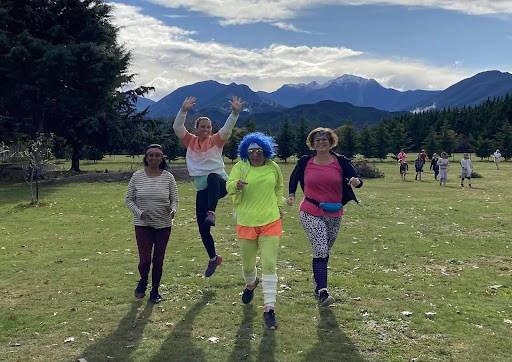 Writing: The focus this term is how to write a persuasive piece of writing, being able to introduce our topic, use rhetorical questions and hooking the audience.

Math: We are exploring basic facts and data collection and how to use the data we collect.

Reading: Our focus is on reading comprehension, so we can really understand what we are reading.

Topic: Exploration- we are going to design a toy with one moving part. Currently we are in the investigation stage of this, with lots of fantastic ideas, and a challenge not to rush ahead to ensure that it will meet the success criteria that the class has set.

As of this week, Chalice Room students will bring a homework book to and from school each day. This will include spelling words, x tables and a community question. Their homework book needs to be ticked and signed by an adult each day. Students gain points for completing homework each day. We appreciate your support with this.

Farewell to the Mita Family

We sadly farewelled the Mita Family last week and we wish them all the very best for their new adventure down South. We will miss you all very much. 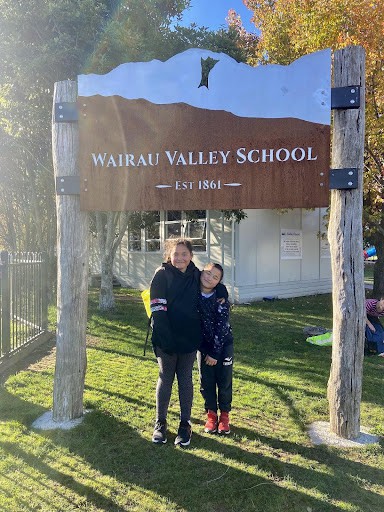 Have a read below of this piece of writing by Kodee Cook.

On the 9th of June 1963, actor, Johnny Depp was born in Owensboro Kentucky United States. Depp had three siblings and lived with both parents Betty Sue Palmer and John Christopher Depp. Depp dropped out of Miramar highschool at 16 in 1976, to pursue his dream of becoming a Rock musician.

In 1984 Johnny Depp, released his first horror film, A Nightmare on Elm Street playing the role as Glen Lantz,” the kid who gets eaten alive by his own bed”.It was a huge box Office hit the movie has made over $57 million US dollars.

While Depp was living in his hometown he frequently talked about his obsession for Pork, KFC and Mexican food. While Depp was acting in one of the latest Pirates of the Caribbean he found British food wasn’t as good as he thought.

To this day Johnny Depp is one of the best actors out there he plays in lots of famous movies like Pirates Of The Caribbean.

Recently Johnny Deep has been in court for suing Amber Heard for reporting that he was abusive to her and announcing things that were not true. In the past week, he has won $15 million dollars because he won the court case.

I hope that Johnny Depp makes another Pirates Of The Caribbean movie so the fans can enjoy his movies again. 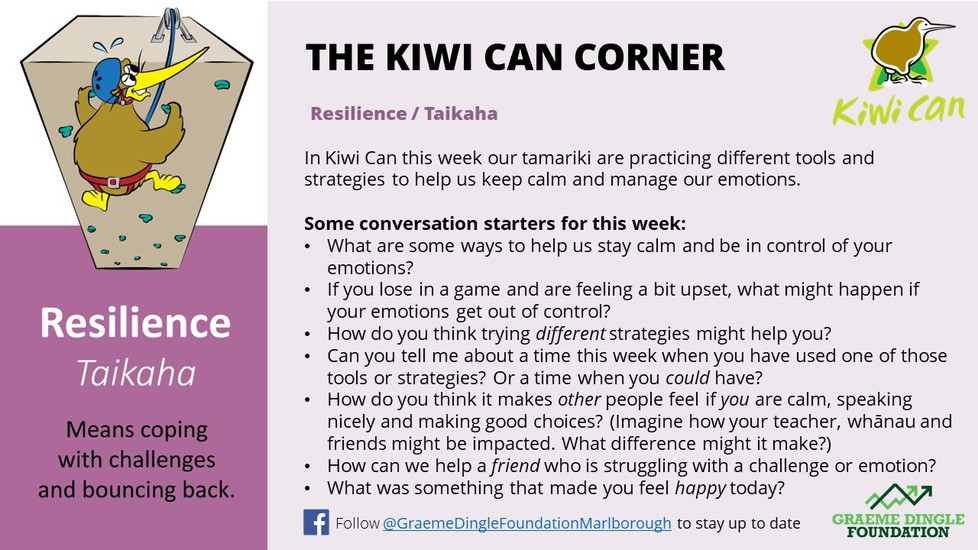 Please note change of time for dance class...... so that bus students can come! 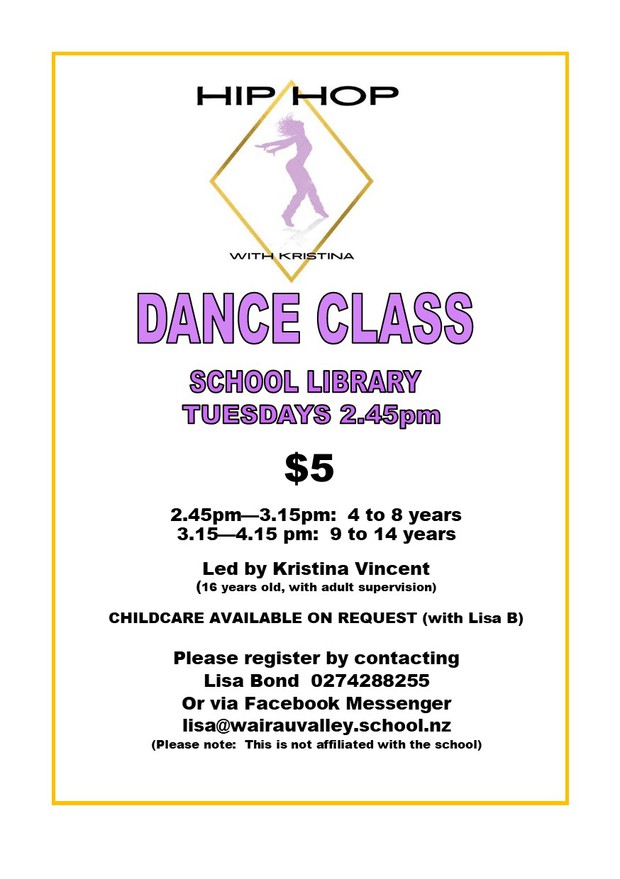 (telling the bus driver is not an appropriate method of informing the school).

Please inform the school if you are removing your child from class early.

Buzz & Lauren Burrell saw an opportunity to support people in their community. With the fantastic support of the Wairau Valley School it has been possible to provide quality healthcare right here in the valley. With the high petrol/diesel costs it makes sense to stay as local as you can. We are here to support Wairau Valley every Wednesday morning and have a GP & nurse available to look after you. We are taking enrolments, call us on 03-5728838. 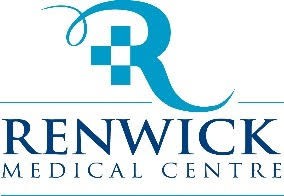 Follow Lisa Bond
Contact Lisa Bond
Embed code is for website/blog and not email. To embed your newsletter in a Mass Notification System, click HERE to see how or reach out to support@smore.com
close