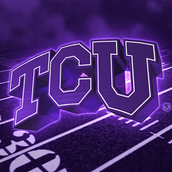 Addison and Randolph who are brothers opened the facility in 1873 but named it AddRan Male and Female college. They changed the name to AddRan Christian University after 16 years in 1889. Six years later they moved it to Waco 1895. When the name wasn't satisfying enough again they changed it to Texas Christian University in 1902. The facility in Waco burned down so they moved to Texas Fort Worth in 1910.The TCU mission statement is ."To educate individuals to think and act as ethical leaders and responsible citizens in the global community."

The Academics and what is Required

You have to pay a 40$ nonrefundable application fee. You have to come from high school and own a high school transcript. They require a teacher and counselor evaluation. SAT or ACT score and your Essay. TCU has a great baseball program that'll take you up to the baseball league highest level if you choose to do so. This would support my career goals as a future baseball player because as a college they get drills directly from the MLB.

The Band plays at games during half time home games for football.

They do school plays like "A Mid summers Dream'' and other shakespeare plays.

TCU is located east of one of the largest city in Texas. The Baseball team has made it to the World Series for the past three years. It has a Christian Church nearby. Underneath the dugout of TCU is a batting cage and it is cool because it seems like an underground tunnel.

What I think Overall

Texas Christian University has a lot of great things to offer me in future baseball success, it's close to home and a thirty minute drive away from my current house location I still will choose to go there if I can. This college has what I need to be what I think is successful.