Welcome to a list of some of the wonderful books that West Haven school librarians have organized as suggested reading for you in elementary, intermediate, middle or high school.

You are encouraged to try any of the recommended books for your grade level in the fall. You are also encouraged to read books that you enjoy that may not be on this list.

The more reading you do this summer, the better prepared you will be for the next school year...and for the rest of your life!

Find a quiet spot, curl up with a good book, and READ! 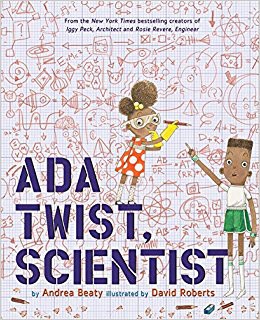 Scientist Ada has a boundless curiosity. When her house fills with a horrific, toe-curling smell, Ada knows it’s up to her to find the source. She is not afraid of failure, but this time, her experiments lead to even more stink and get her into trouble! 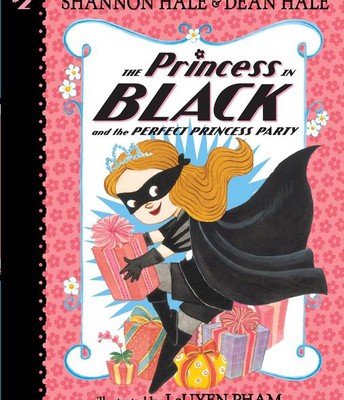 The Princess in Black 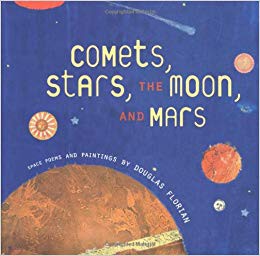 Comets, Stars, the Moon, and Mars

Comets, Stars, the Moon, and Mars by Douglas Florian.

A collection of twenty whimsical poems about comets,

the stars, moon, and the planets. 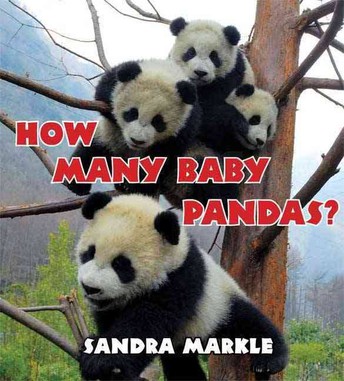 How Many Baby Pandas?

How Many Baby Pandas? by Sandra Markle.

Basic counting skills combine with panda facts to introduce numbers along with these cuddly cubs, from the moment they were born to the time they started climbing trees, these baby pandas will steal any reader’s heart! 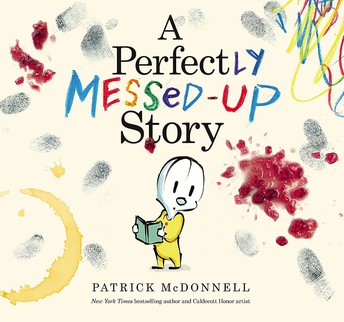 Louie becomes angry when the story in which he appears is ruined by messes from jelly, peanut butter, and other things that don’t belong in books. 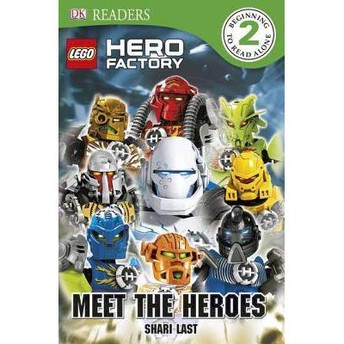 mini-figures and are perfect for reluctant readers. (Graphic Novel)

The aim is to give your child lots of successful reading experiences. Dig deeper into the story. Ask your child questions about the story you’ve just read. Ask something like, “Why do you think the character did that?” Here are several suggestions; other suggestions can be found on this link. 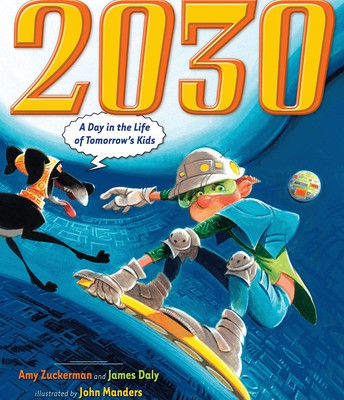 2030: A Day in the Life of Tomorrow’s Kids by Amy Zuckerman.

Futurists examine what a kid’s daily life might be like in the year 2030. Peek at future gadgets (talking dog collars, cars that drive themselves) and examine how our lives might be impacted as we adjust to environmental change. 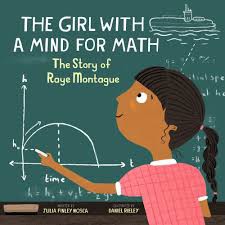 The Girl with a Mind for Math: The Story of Raye Montague

The Girl with a Mind for Math: The Story of Raye Montague by Julia Finley Mosca

A brief rhyming account.of the childhood and work of United States Naval Engineer, Raye Montague who became the first female program manager of ships in the United States Navy. She had to deal with prejudices and racial inequality to create the first computer generated rough draft of a U.S. Naval ship. 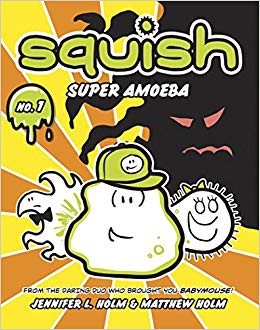 A new graphic novel series about a comic book-loving, twinkie-eating grade school amoeba trying to find his place in the world (or at least trying to make it through a school day). Can Squish save the world--and his friends--from the forces of evil lurking in the hallways? 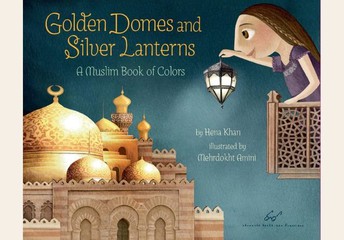 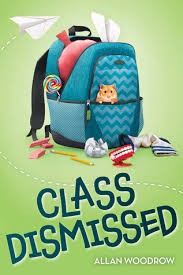 Class 507 is terrible. After a disastrous science experiment, Ms. Bryce quits and walks out, but the school office never finds out. Students begin to realize that school without a teacher is not easy, cooperating is difficult, and keeping a secret is hard! 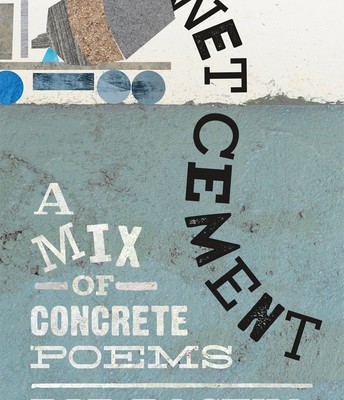 Wet Cement : A Mix of Concrete Poems by Bob Raczka. Comparing poems to “word paintings,” in each of his 21 concrete poems, Raczka groups the words into shapes. Raczka playfully arranges the letters in the one-word titles of his poems as well.

slide that so many school-age children experience.

When Lonnie was seven years old, his parents died in a fire. Now he's eleven, and he still misses them terribly. And he misses his little sister, Lili, who was put into a different foster home because "not a lot of people want boys — not foster boys that ain't babies."

But Lonnie hasn't given up. His foster mother, Miss Edna, is growing on him. She's already raised two sons and she seems to know what makes them tick. And his teacher, Ms. Marcus, is showing him ways to put his jumbled feelings on paper. Told entirely through Lonnie's poetry, we see his heartbreak over his lost family, his thoughtful perspective on the world around him, and most of all his love for Lili and his determination to one day put at least half of their family back together. 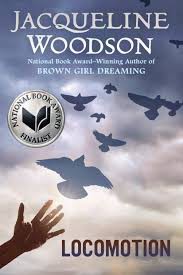 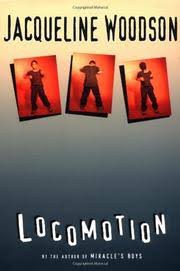 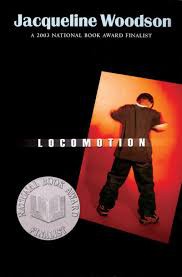 Chase doesn't remember falling off the roof. He doesn't remember hitting his head. He doesn't, in fact, remember anything. He wakes up in a hospital room and suddenly has to learn his whole life all over again . . . starting with his own name.
He knows he's Chase. But who is Chase? When he gets back to school, he sees that different kids have very different reactions to his return.
Some kids treat him like a hero. Some kids are clearly afraid of him.
One girl in particular is so angry with him that she pours her frozen yogurt on his head the first chance she gets. 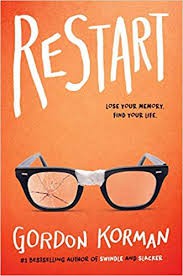 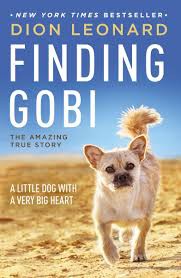 Read the miraculous tale of Dion Leonard, a seasoned ultra marathon runner who crosses paths with a stray dog, who changed his heart while competing in a 155-mile race through

the Gobi Desert in China. 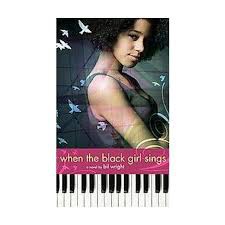 Nonfiction: When the Black Girl Sings

When the Black Girl Sings by Bill Wright- Adopted by white parents and sent to an exclusive Connecticut girls' school where she is the only black student, Lahni Schuler feels like an outcast, until she attends a local church where she hears gospel music for the first time. 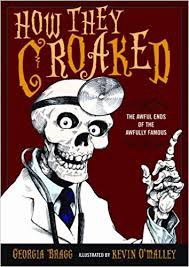 Nonfiction: How They Croaked: The Ends of the Awfully Famous

How They Croaked: The Ends of the Awfully Famous by Kevin L'Malley. Read a wonderful humorous collective biography of horrifying deaths for famous people in history. 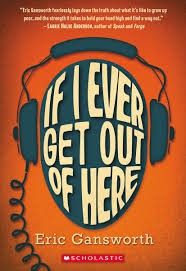 Fiction: If I Ever Get Out of Here

If I Ever Get Out of Here by Eric Gansworth. Seventh-grader Lewis "Shoe" Blake from the Tuscarora Reservation has a new friend, George Haddonfield from the local Air Force base, but in 1975 upstate New York there is a lot of tension and hatred between Native Americans and Whites--and Lewis is not sure that he can rely on friendship. 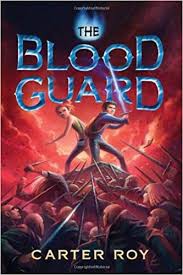 The Blood Guard by Carter Roy.

Ronan just thought his mom was over scheduling him, signing him up for every possible activity. Then his dad disappears and Ronan and his mom are being chased by people who want to capture them. 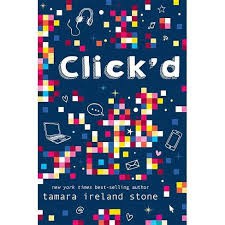 Click’d is a empowering novel about friendship, dreams and following your heart. Allie’s new app turns out to be a huge hit and watching her go viral is amazing. But she discovers a glitch which will expose everything.

All students who complete the form over the summer will be entered into a raffle for one of several gift cards. Students can also enter into the Public Library’s reading program and be entered into their prizes. You can enter multiple entries!

The more books you read, the better chance of winning!

Step 1: Choose any book to read over the summer. You can choose from the CT State Library summer reading books (click the link) or choose any book of your choice.

Step 2: Once you complete reading a book, submit your entry here by September 6th

Check out the Public Library Summer Reading opportunities by stopping by or check their website starting in June. 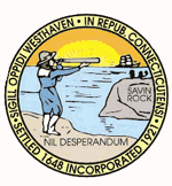