Alfred Nobel was born in Stockholm, Sweden in 1833. Alfred's father was an inventor and engineer, he built bridges and buildings. Alfred's father created a mine, made from wood and gunpowder. Another thing Alfred's father did was design steam engines. Alfred traveled all over the world studying chemical engineering. In Paris, France he met a scientist who 3 years earlier to his arrival invented a highly explosive liquid called nitroglycerin. It was way more explosive than gunpowder and was too dangerous for practical use because of the fact that it would explode in an unpredictable manner. If exposed to heat or pressure the liquid would react. Alfred was very fascinated in the nitroglycerin and thought it could be useful in construction work for blowing through rock. Alfred began to test the nitroglycerin for himself. It took a while to make the explosive just right. Alfred caused three explosions and one of them killed his brother and several other people. Alfred had to move him experimentation. He found that mixing the nitroglycerin with kieselguhr would turn the liquid into a paste that could be shaped into rods and put into drilling holes. In 1867 he patented this material under the name dynamite. To detonate the explosive he invented a blasting cap that could set of the dynamite by lighting a fuse. The dynamite is still used today to blow holes in mountains for tunnels and to blow through walls of rock to build roads. There was high demand for the dynamite and Alfred proved himself to be an extravagant entrepreneur. He invented several other things as he opened multiple laboratories in 20 different countries, including synthetic rubber and leather, and artificial silk. 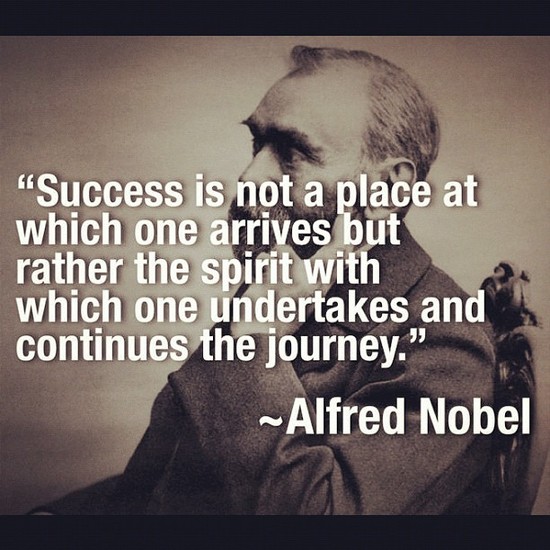