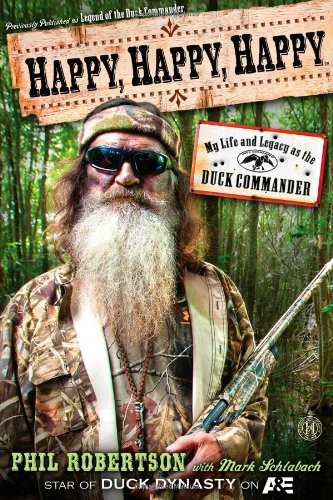 What is The book about?

Phil Robertson is a professional hunter, businesses man and reality television star on the popular television series Duck Dynasty. But little did you know the history of his life. He grew up in a poor family and didn't have much. His family didn't have much food or a house to live under. When Phil was getting older he went threw depression. He did drugs, got wasted at bars, and got into fights with strangers. He found a lady by the Name of Kay. He was very attached to her and asked for help. She told him to go church. He went to church with Kay every week. Phil and Kay got married later in his life. They had children to and had a house. Phil when back to his depressing drunk life but later got out of it. He then started to hunt as a hobby. He later then invented a duck call that would everyone would be able to use. He formed a company by the name of Duck Commander. He went on to sold millions of duck calls with his brother and Son's. They made millions. Phil later retired from the company and gave it to his sons to run till they got old and gave it to there children to run.

The problem in the book was Phil's Life. He went threw a hard life at a young age and was hard for him to break out of the bad "Curse". He found help from the lady by the name of Kay and she said to go to church. That got the bad "Curse" out of him and switch his life around.

I am like Phil, not in the depressing part of the book but what he does for a living. He like to go hunting, I like to do the same. He makes duck calls, well I built a duck call with parts I bought from a store but Phil makes them by the resources he has around him.

1. Why make a biography but not a story with images and chapters?

2. How did you come up with Duck Commander as a company name?

3. Can you make another book on the whole family instead of one person?

4. How much money does the company make?

5. Will the company ever grow around the world?