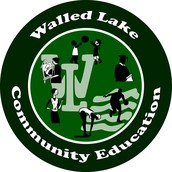 Teams are formed by Community Education using the following guidelines:

Teams are formed with children from the same school first. If there is no coach, or not enough kids from a school, those players will be combined with players from the closest school, if possible. In the 5-6 Grade House basketball league, 6th graders are divided as evenly as possible for competitive parity; however, they will be placed with another player from their school.

We strive to keep the total team numbers as close to even as possible across each league. Although 8-10 players on a team is optimal for the various leagues, teams can have up to 12-14 players on a team. In this case, games will have additional play time added to allow each player court time. With leagues that include three or more grades, we strive to have parity among teams with the oldest grade players.

**If a player is unable to attend a certain practice night (chosen by the volunteer coach), we will attempt to move the player to another night if team numbers allow. At minimum, we will add the player to the waitlist to see if further openings develop. If nothing becomes available, a refund will be processed (minus the $10 drop fee).**

Volunteer coaches are a vital part of our program. There are seasons where we have more teams than coaches. If this occurs and we have two volunteers at the same school, we may split a school to have coaches for all teams. This would only occur when there are a sufficient number of players to keep the number of school teammates at three (3) on each squad. In the event of a "no coach" team, we will look to parents to help. If there is no parent commitment, we may be forced to cancel the team and refund.

Players registering after the regular registration deadline has passed, will only be placed on a team if numbers permit.