The Practice of Making

What do you need to make your own work?

The Practice of Making

What do you need to make your own work?

With Zap McConnell and Julie Rothschild

We offer you our shared and individual approaches to making work. This dance intensive provides space and time to discover/uncover/rediscover the bare essentials of what you need to make work that matters, make work no matter what. We will spend time in dance spaces, unconventional sites, and spend an entire outdoor day in the mountains.

Julie and Zap have been in an ongoing artistic dialogue for over 16 years, beginning with the zen monkey project in Charlottesville, VA, continuing in Athens and Atlanta, GA, and at Performatica in Cholula, Mexico.We love working together because of our mutual work ethic and what we continue to learn from each other. We challenge and support each other to make work no matter what.

Directing and Being Directed

JRM Studio is conveniently located in North Boulder, a few blocks from the SKIP and 204 buslines.

We will arrange transportation for Mountain Day!

We have created a schedule that will allow participants from out of town to enjoy all that Boulder and its beautiful surroundings have to offer. Great trails! Great food! Great fun :)

For those flying into the Denver airport, the RTD AB busline comes right to downtown Boulder and leaves the airport every hour: RTD AB SCHEDULE

Contact Julie with any questions and to register: julie@julierothschildmovement.com
Get Directions 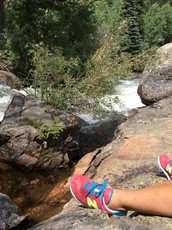 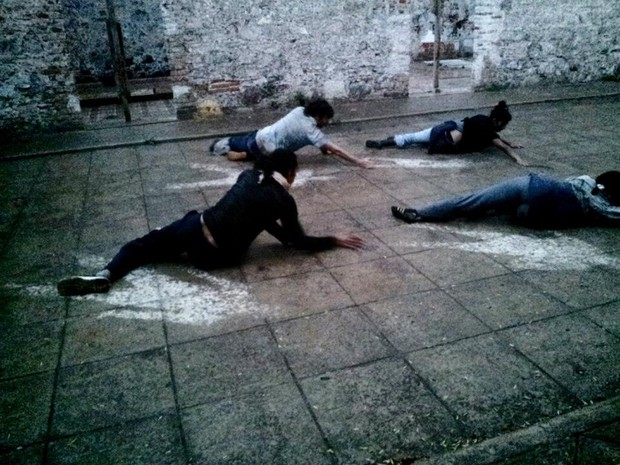 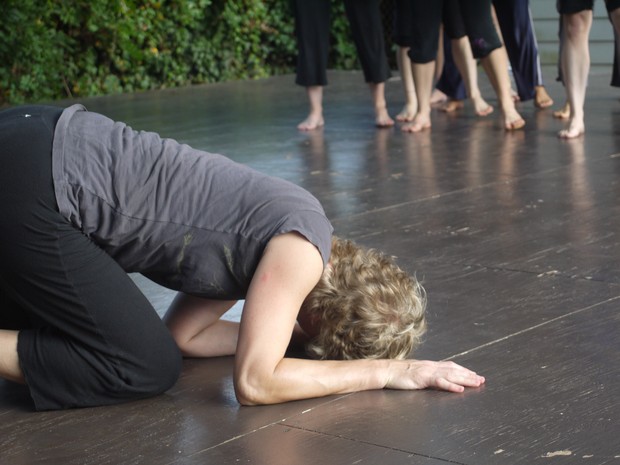 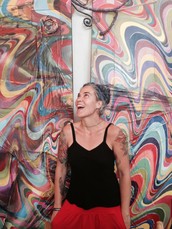 Zap McConnell is a working artist, educator and performer, who’s investigations are animated by passionate beliefs and visions that flower out of her fierce love of the natural world. For almost 2 decades, Zap has experimented with the cross between visual arts and dance, fusing that in installation site specific work, where a dance performance is showcased. She directs, makes costumes, props and lighting as well as most of the promotional graphic design work.

Zap has been an artistic director/producer for many large scale community endeavors; spanning from a huge local artist created carnival, to an international exchange site specific dance theater performance, to an in-depth political community weekend investigating the past and present of Native Americans, to the adoption, with the stream ecology class, of a highly impaired stream for over ten years.

As an educator, Zap has taught extensively, as she combines her teaching and creating work with traveling to: Mexico, Costa Rico, Peru, NYC, Virginia, Colorado, California, Georgia, North Carolinia and other parts of the United States, and the world; collaborating with talented artists as well as hosting them in work at her home base. Zap was a full time core teacher at the Living Education Center for Ecology and the Arts, an alternative high school in Charlottesville, Virginia, for almost a decade.

Zap has been involved with the Zen Monkey Project (ZMP) since 1995 performing, teaching, stage managing, producing and directing evening-length pieces. She started the @hand productions company in 2009. Zap has had her work performed at, and taught at Performatica, an international dance festival; 2008/2009/2011/2012/2014.

Julie Rothschild is an Independent Dance Artist and Educator, Alexander Technique Teacher, Certified Personal Trainer and Nordic Ski Instructor. Her passion for movement and performance began at a young age, and continues to lead her in unpredictable and wondrous directions.

While living in Athens, GA (2000-2009), she co-founded/directed Floorspace Movement Arts Center, where she curated The Handful Series and hosted numerous dance workshops.

Composers she's had the pleasure of collaborating with are Trudy Appling, Craig Owens and the Bodo Ensemble, Dan Nettles and Kenosha Kid, Heather McIntosh and Arcadio M. Lanz.

Julie has been making solo and group work since she was a high school student at Western Reserve Academy in Hudson, Ohio. Most recently, she directed ANIMAL, which premiered in September 2013 at Skwhirlhaus in Atlanta, Georgia. ANIMAL, chapter 2, had its premiere at Performatica in Cholula, Mexico in April 2014.

Julie's longtime relationship with Zen Monkey Project (ZMP) is a true source of energy for her continued dance, movement and performance practices.

Julie completed her 1600 hour Alexander Technique Teacher Training in 2007 and has presented workshops throughout the US as well as in Ireland, Spain, Canada, Mexico and Switzerland. She currently maintains her private practice in Boulder, Colorado, where she lives with her husband, 2 teenage sons and their pup, Olive.
julierothschildmovement.com