Hawaii is using Smore newsletters to spread the word online.

Get email updates from Hawaii:

What changes our world, we cannot change.

What changes our world, we cannot change. 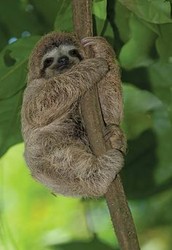 Earth is a sloth

For hundreds of millions of years, the earth has been slowly moving, making mountains and then blowing them to bits with magma. Don't think for a second that earth is raging, because the Earth is chill compared to other planets like Mercury, that has volcanic eruptions every day. It has taken 500 million years for earth to change into it's present state.

The earth is made up of many plates. These plates are called tectonic plates. Tectonic plates move about really slowly, and collide creating mountains, fissures, canyons, and volcanoes. They can crush together, spread apart, and subduct. When two plates collide the cause mountains to form on the Earth's surface. If they transform or slide together they can cause earthquakes. Subduction means that the two tectonic plates meet and one is pushed into the mantle.

The HOA of change; changing things not always for the good.

Rain causes erosion. Erosion is when water changes the physical geography of the earth.

Weathering is what changes the form, and shapes of rocks and mountains, into smaller rocks.

Get to the land bridge!!

In ICE AGE: continental drift we see the land masses of the animals' home get pushed into the mantle. This is Dreamworks' take on the separation of Pangea, the original huge land mass that the earth started with. 500 million years ago this Pangea split apart into the country and continental shapes we see today.

Hawaii is using Smore newsletters to spread the word online.