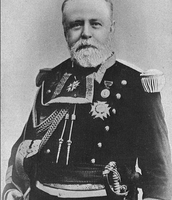 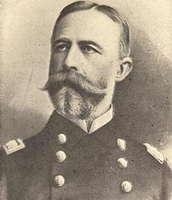 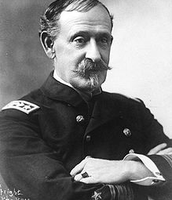 Rear Admiral William T. Sampson and Commodore Winfield S. Schley used ships to blockade the harbour entrance so Pascual Cervera's Spanish fleet couldn't enter. Cevera's plan was to wait to attack until 9:00 AM on Sunday July 3, while they were at church. On the morning of July 3, Sampson pulled one of his ships to meet with the ground commanders. Cevera steered his ships towards the gap but Schley ordered his ships to close the gap. The ships went back and forth battling each other for hours. In the end, there was 1 man killed and 10 men wounded on the American side and 323 men killed and 151 wounded for the Spanish side.

On land, U.S. troops, including the Rough Riders, attacked the outer defenses of Santiago. Between July 1 and July 3, U.S. troops were able to capture the highest point of the city, San Juan Hill. Two weeks later, Spain surrendered to the U.S., ending the war.

The Battle of Santiago de Cuba is important because it is the battle that won the war for the U.S. The capture of San Juan Hill forced Spain to surrender because San Juan Hill was the highest point of the city.

www.britannica.com
(June–July 1898), concluding engagement fought near Santiago de Cuba in the Spanish-American War, in which U.S. successes on land and sea resulted in final victory over the Spaniards....