Gandhi was a Non-War Activist that was born on October 02, 1869. He wanted to have black people with the same rights as white people. He was murdered on January 30, 1948 by Nathuram Godse. Even though he was peaceful he had a huge affect to the racism in the world.

Gandhi was a peaceful but hard hitting man. He refused to be treated differently because of his skin.

The Assassination of Gandhi

Gandhi was going to his Prayer Time and Nathuram Godse said to him "Your late". Later on while Gandhi was praying, Godse shot him three times. Gandhi folded his hands and showed no sign of pain or surprise. He died later that day at his house. 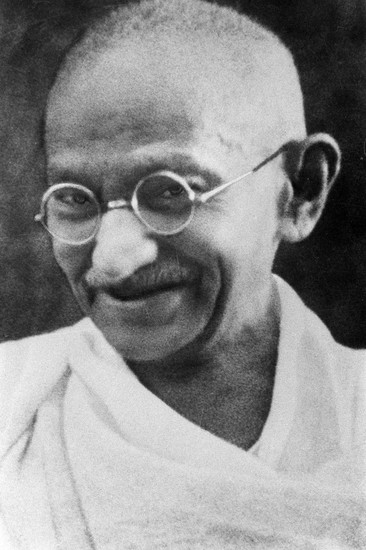 Gandhi was famous for his quotes.

Some of his quotes were The weak can never forgive. Forgiveness is the attribute of the strong. And, Where There is Love There is Life. Another is, An eye for an eye just makes the whole world blind.