Skylin is using Smore newsletters to spread the word online.

Get email updates from Skylin:

The life of Ben Franklin

The life of Ben Franklin

Benjamin Franklin was born in Boston on January 17th, 1706 and died in Philadelphia on April 17th, 1790. He was a scientist and an inventor. He had to leave school early in order to work. At age 12 he was apprenticed to his older brother James, a printer. When he was 17 he traveled to Philly yo seek his fortune. When he was 24 years old, he was a prosperous merchant, owner of a successful print shop, and publisher of the Philadelphia Gazette.

He was a tinkerer, always looking for ways to make things work a little better or more efficiently. Benjamin helped found the American Philosophical Society, the University of Pennsylvania, and the first American public library. He promoted a good number of helpful projects in Philly: Paving streets, installing sewer lines, and establishing a fire brigade.

Benjamin possessed the talents as a diplomat and negotiator. He was elected to England's Royal Society. He was an agent of the Pennsylvania Assembly, and he lived in London during the 1750's, representing the interests of Pennsylvania. When he was in London his charm made him popular for many years. Back in the United State, he helped the draft of the Declaration of Independence. In Paris, he negotiated the treaty that brought the French onto the war on America'a side. Surprisingly, he was even more popular there than he was in England.

Benjamin Franklin invented many useful things that we still use today. Bifocals are a huge successful thing that he invented. They are glasses with a part for distance and a part for reading. The lightning rod was a very helpful invention that Ben had. It protected houses from catching on fire and people being struck by lightning. The open heating stove, often called the Franklin Stove, was a stove that provided more heat and less smoke than a open fire place. He loved books and getting books off high shelves was a challenge so he invented a thing call the long arm. It was used for reaching books in high places. 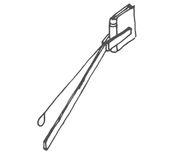 Franklin’s contributions to the founding the United States

Benjamin Franklin had a big role in helping forming our country. In 1776, Ben was chose by the congress to a committee charged with drafting a document to justify the decision of the colonies with Britain. In 1778, he traveled to France to input a treaty between France and the United States. He participated as a delegate in the Constitutional Convention which was a convention that decided how the country should be ran. Some of the biggest things that helped shape our country the way it is, Ben Franklin helped form them. 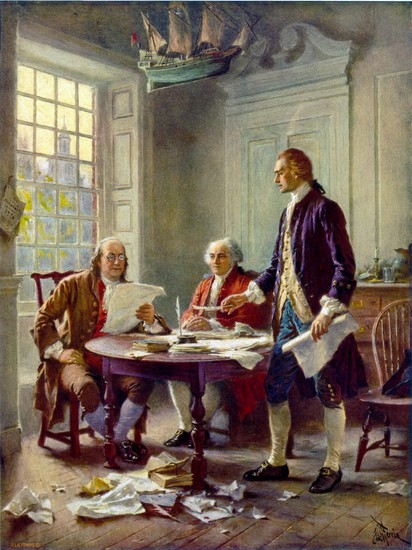 According to Benjamin Franklin, many of the proverbs and aphorisms found in Poor Richard's Almanack were from the wisdom of the ages and nations.He created a list of thirteen virtues to live by. Sometimes he listened to what was in Poor Richard's Almanack and sometimes he did not. Aphorisms are the most famous feature in it. Benjamin drew on proverbs that was all about virtue and industry, but he was not uncritical of the relation between then. 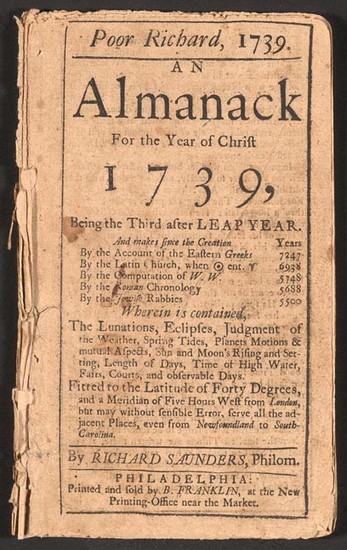 Skylin is using Smore newsletters to spread the word online.