Darci is using Smore newsletters to spread the word online.

Get email updates from Darci:

From the desk of Mr. Mahal

From the desk of Mr. Mahal

Now that we have returned to school, our students will work to get back into their good academic habits that they established before break. This is the time when students will really "take off" with their daily learning. This is a true testament to the tremendous partnership our school has with our parents - thank you for your continued support in order for positive growth to happen between home and school!

Masking within the building

As a building and district, we continue to have all students, staff, and any limited guests mask up when they enter the building. Please be sure to send your child(ren) to school with a mask every day. If a child does forget a mask, we do have masks on hand to provide for that student(s).

Students have been great in wearing masks for the most part in the first half of the year and I’m sure that will continue in 2022! Thanks for continuing to support our efforts in keeping everyone safe and in school as much as possible with everything going on.

Our drop off/pick up system is overall going very well - thank you to all of you again for helping support us in making sure everyone stays safe during morning drop off or afternoon pick up!

A brief reminder for dropping off in the morning - please do not park your vehicle or drop your student(s) off in the middle of the street when dropping off on Sheridan. If you do have to come in the building, please park on Sheridan past the blue handicap sign so the curb area prior to that is open for vehicles to quickly drop their student(s) off.

The afternoon pickup is also going well. We continue to try to help students being picked up get to their car quickly so there is also minimal parking happening on Sheridan. The more parents/family can stay in their car and then pull up to the loading area the better in allowing the "drive thru" effect to take place.

Hawthorne staff and student patrol is out front, in the back, and at the two different 4 way stop signs trying to keep everyone safe! If they ask you for something, please know it is in the best interest of the students and everyone's safety.

A reminder to be sure to send your child(ren) to school each day with their winter clothing on! Hats, gloves, scarfs, snow pants, boots, and jackets are all very much needed now that we are in the thick of winter. Students will be outside in the morning or at recess provided the “feels like” temperature is above zero. Thank you!

Tech Tip of the Month

There is nothing quite like starting the New Year, we are coming back from a much-needed break, and EVERYONE is ready to start fresh. Why not make some Tech related resolutions for your family as we start the new year. Here are a couple of great tech resolutions to try as a family:

1) Try something new - Parents this one is for you. As students begin to explore online technologies and apps they should not have to do it alone. Spend some time exploring technology WITH your child. Be sure to check out CommonSense Media for reviews related to sites, apps, and more.

2) Look Up - Everyone could use this tip. Make a conscious effort this year to BE PRESENT in the moments and not be looking down at a screen. This can include dinners, sporting events, concerts, and walks in the park, just to name a few.

3) Learn from Each Other - Perhaps your child is just starting to navigate technology and apps that you are already using, if that is the case spend some time showing them the ropes. Conversely, your child may be using an app or site that you are not too familiar with, hopefully not, but have them show you how it works, see who they are communicating with. By taking an interest in the apps and sites your family uses you can build stronger tech bonds.

4) Play Together - This goes for technology-related games and NON-technology related games. Many online games and apps have multiplayer modes, which can be a GREAT way to show interest in what your child does AND see firsthand what they are doing on technology devices. Who knows, you may just find out that YOU have MAD SKILLS at FORTNITE!!

The more you know...

According to multiple studies, missing several days of school significantly reduces the likelihood that students will graduate from high school. With attendance a crucial factor to keeping kids on the right path to graduation, Attendance Works has substantial information on attendance and the impact on student achievement.

Below is some of the research below on why attendance matters.

Absenteeism in the first month of school can predict frequent absences later in the school year. Nearly half of all students that missed more than two days of school in September went on to miss almost a month of school.

An estimated 5 to 7.5 million students in the United States miss almost a month of school every year. This adds up to over a year missed by the time of graduation.

Absenteeism starts early. One in 10 kindergarteners and first graders are considered to be “chronically absent.” Research shows students who miss 10 percent of school, or two days per month, show negative academic progress. In some schools, that adds up to 18 days a school year and is considered to be chronic absence.

Poor attendance can keep children from reading proficiently by the end of third grade, which is shown to negatively affect their chances of graduating on time.

By sixth grade, a chronically absent student is shown to have a significantly higher chance of dropping out of high school.

Excused absences are just as negative as unexcused ones. Suspensions add additional missed time in the classroom, which in turn increases the dropout risk.

At Risk Students are at Risk for Absence

Students from low-income families are four times more likely to be chronically absent. Reasons for this are often out of the student’s control, such as unreliable transportation, unstable housing, and a lack of access to quality health care.

If a student is 10 minutes late to school each day, this adds up to missing more than 33 hours of class time. A student with a 90 percent attendance average for Kindergarten through 12th grade will miss over a year of accumulated time in the classroom.

See more research on the importance of attendance here: http://www.attendanceworks.org/resear 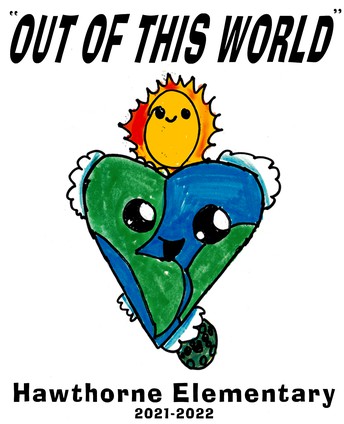 Darci is using Smore newsletters to spread the word online.

Follow Darci Rasmussen
Contact Darci Rasmussen
Embed code is for website/blog and not email. To embed your newsletter in a Mass Notification System, click HERE to see how or reach out to support@smore.com
close