Lakaya is using Smore newsletters to spread the word online.

Get email updates from Lakaya:

In the play A Raisin in the Sun, even with the all burdens of this family has been placed with, overall, they have attained the American Dream. One aspect that helps get through this is family values.

Family values is the strongest theme throughout the play. Being from a family of so much pride, hardworking, and determined people. Mama tried her hardest to keep the family together and to do what was right. "No Travis, you stay right here. And you make him understand what you doing, Walter Lee. You teach him good. Like Willy Harris taught you. You show him where out five generations done come to"(Hansberry 148). Mama is a woman that stands up for what she believes in because she comes from a willing family. However, Walter was going to make a big decision that will carry his family name and mama wanted Travis right there for Walter to teach him what they believed in. "Well - Well .. Son, I'm waiting to hear you say something. I'm still waiting to hear how you be your father's son. Be the man he was. Your wife say she going to destroy your child. And I'm waiting to hear you talk like him and say we a people who give children life, you stand up and look like your daddy and say we done give up one baby to property and that we ain't going to give up nary another one. I'm waiting" (Hansberry 75). Ruth was going to give her baby up, meaning abortion. Mama was raised to know that you bring a baby in the world to give it life not take it away. Also she was waiting for Walter to be his father child and stick up for what he was raised and taught.

"Yeah. Well-what I mean is that we come from people who had a lot of pride. I mean-we are very proud people. And that's my sister over there and she's going to be a doctor-and we are very proud. And we have decided to move into our house because my father-my father-he earned for us brick by brick" (Hansberry). Walter had an epiphany about how his family come from very proud people and his father worked very hard and they deserve what’s in stored for them. So, he decided that he’s going to continue with the tradition and attain the American Dream by moving into their new house.

“Then isn’t there something wrong in a house-in a world –where all dreams, good or bad must depend on a death of a man? I never thought to see you like this, Alaiyo. You! Your brother made a mistake and you are grateful to him so that now you can give up the ailing human race on account of it! You talk about what good is struggle, what good is anything! Where are we all going and why are we bothering” (Hansberry 135). In order to attain the American Dream Asagai believes that people shouldn’t just sit around and rely on a dead body to accomplish hopes and dreams. Also, people who do that won’t anywhere especially if they don’t experience struggle and end up depending on others. 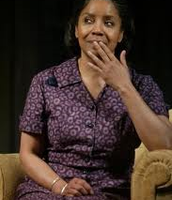 Well - Well - son, I'm waiting to hear you say something... I'm waiting to hear you be your father's son. Be the man he was... Your wife say she going to destroys them- I'm waiting to see you stand up and look like your daddy and say we done give up one baby to poverty and that we ain't going to give up nary another one... I'm waiting. If you son of mine, tell her! You... you are a disgrace to your father's memory (Hansberry 75). Mama was so upset ad disappointed because Walter didn't step up to the plate and be his father. So, this forced her to make a move to keep her family on top and united. This shows attainability towards the American Dream because Mama is trying to keep Ruth from getting an abortion and crushing their family values.

The conflict of the book A Raisin in the Sun by Lorraine Hansberry is Man vs society due to the fact that the Younger family has worked hard all their lives to gain a better life and become successful. This conflict connects to the thesis because the Younger family are mistreated during the time because they are African American and because they are not given as much as everyone else, so the moment that they acquire the insurance money from their father’s death their family values are torn apart as each member of the family fights over the money to fill their own dreams.

As mama hears from Walter that he has lost all the money from giving it to his business partner willy Harris she is filled with anger and sadness because a portion of it was for Benetha's medical school and the fact that their father would come home every night with red eyes and would grow thin over the strain of working until the day he died (Hansberry 129).

High-key makes the scene effective because it helps show the intense pain and sorrow Mama is washed over with. 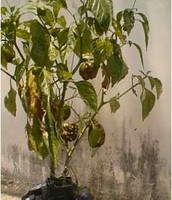 The apartment is the first thing that is described in the book and the movie. It’s old, small, and the furniture’s color is worn out. Overall the family cherishes it and keeps it clean because it’s all they have.

Overall, the Younger's family undergo many challenges and they use the insurance check to help them out and change their lifestyle. instead of spending the money on things they want they spent it on things they need.

Lakaya is using Smore newsletters to spread the word online.