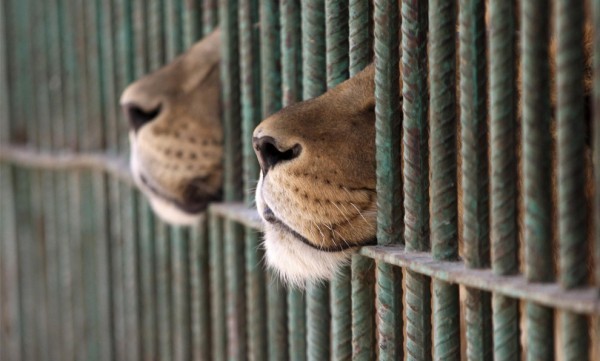 Would you like it if this was your pet?

No one should have exotic animals as pets!

These Are The Numbers

What The Experts Say

Kim K. Haddad, DMV says that this is a danger for the public. She also says “A lot of times the private owners will try to remove the canine teeth, or sometimes all of the teeth and the claws of these animals in an attempt to make them less dangerous which is really afars because some of these animals even without their teeth or without their claws can still inflict a tremendous amount of damage. If you can imagine removing a healthy tooth if its intact whether its done with pliers or however its done, there is potential of trauma to the mouth. You can fracture the mandible, the lower jaw, or the maxilla by trying to remove the teeth.”

Impact On The Environment

Lets use the example of big cats. With them out of the environment, the cats prey population will skyrocket. The environment's ecosystem will be completely out of balance. Another problem is that when people buy them, they realize they don't have the proper care. Then they release them back into the wild. What happens is now the animals carry diseases back to their habitat> It could wipe out some of the animals.

In Zanesville, Ohio, Terry Thompson had many exotic pets on his property that he shared with his wife. Many of the animals went out of control. Terry killed himself. Then all the animals broke out of there cages. People then called the police. The police had to get several Bengal Tigers, monkeys, lions, wolves, baboons, and even more exotic animals under control. The police shot 50 of the animals trying to retain peace at Thompson's house.

In Allentown, Pennsylvania, the Walz family thought that naming a 350-pound bear "Teddy" would mean that it forgot all it's natural instincts. They found out he didn't when he attacked and killed 37-year-old Kelly Ann Walz. This happened while she was cleaning his cage while he was loose. They kept Teddy on one side of the cage while the other side was cleaned. The bear was shot and killed while it was on Kelly Ann.

These stories show that is why humans shouldn't keep exotic pets.

We can pick up many diseases from many of these animals. Some diseases that can be transferred are rabies, measles, monkeypox, giardia, and tuberculosis. Some dangers for animals are that they don't get the proper care they need to survive in captivity. When the claws or teeth are removed from the animals (yes, the owners actually do that), that causes serious pain to them. They aren't exactly harmless after that either. Some animals can travel a mile each day. They need more exercise than a walk around the park.

The Wildcat Sanctuary has issued the "Big Cats and Public Safety Act" to help the big cats in captivity all over America. Once this bill is issued, all big cats will have to be registered with the USDA. Once this is released as a law, it will be illegal to breed any big cat unless at a credited AZA zoos where breeding will be for conservation purposes only. People who violate this law will have their animals taken away. Anything that was used to help this activity will also be confiscated. These people could face a fine of $20,000 per animal and up to 5 years in prison.

These are in the Order of how they are listed